The Kitchen and Shopping

A reader inquired about my farm kitchen. Well, it is interesting. For instance, instead of glass panels in some of the cupboards, we have chicken wire! It is rather clever and cute until you open the door and see how the wire is attached. Also, the remodeler evidently used whatever he could salvage, so things don’t always match. A noticeable example is the countertops; some have rounded edges and others are squared. When I view his handiwork, I go from “How clever to make do with repurposed material” to “What were you thinking?” 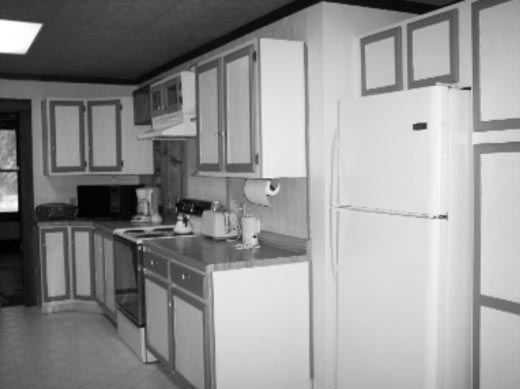 This picture makes the kitchen look nicer than it is, but it is definitely adequate.

A house needs to be functional, so the first appliance we bought was a refrigerator, and later a washing machine for when we were there in the summer. As I mentioned before, we also replaced the carpet in the bedrooms and a few windows. For these things, we crossed the border and went into Norton, Kansas, but mostly we take everything out from the city in our blue 1998 Honda accord that Larry fondly calls his blue truck. Anything purchased has to pass the test – will it fit into the blue truck?

Larry is an expert at packing, and he will often fill that car to the ceiling. We have taken out unbelievable things including furniture, a window air-conditioner, two types of posts, rolls of wire fence, bags of compost and peat moss, a lawn mower, and the list goes on. Sometimes there is barely room to sit, and it is a good thing for side mirrors.

Quote: “Never underestimate the allure of the Goodwill!” Stacy Jay

This brings us to shopping. Our new lives that included the farm, even changed where we shop. For me, my friend, Jean, told me how to find bargains at the modern Goodwill stores, plus I get a senior citizen’s discount! I found a kitchen table and chairs that could be dismantled to fit into the car, and rugs, towels, and other things to cozy up our kitchen and bathrooms. 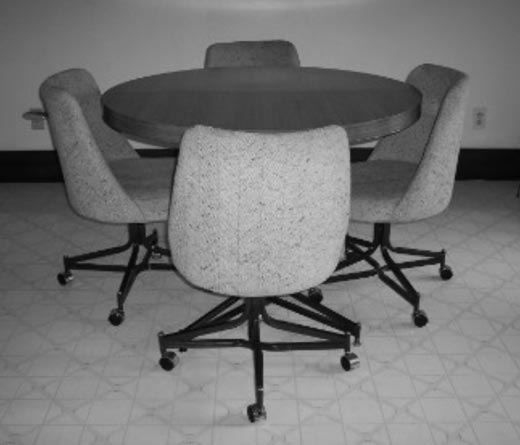 This Goodwill find has been used for over four years, and is still holding up.

Larry shops at Lowe’s, Home Depot, Menards, Cabela’s and Tractor Supply. All the time! It grew tiresome taking things back and forth from city and farm, so he is always needing something duplicated, or something new, and I have stated several times that “tool” has become a four-letter word. Sometimes I tease him about having a girlfriend at one of those stores, but my favorite is that if he hasn’t been shopping in a few days, he gets the shakes!