To name or not to name your chickens, that is the question? When we started with our first three chickens, three years ago, of course we had to give them names. My three boys insisted on naming them. We named one Izzy and the other two were Rock and Roll. The latter two looked exactly alike. Unfortunately, Rock got hit by a car on the road the first year we had her and Roll died unexpectedly last year. So Izzy, our oldest chicken and matriarch of the flock, is dear to our hearts. She is also pretty much unproductive and sometimes an egg eater and all-around bad influence. We are learning to weed out the older chickens for stew chickens since we replenish the flock every year. Izzy is like the pardoned Thanksgiving turkey that so far has not seen this fate. 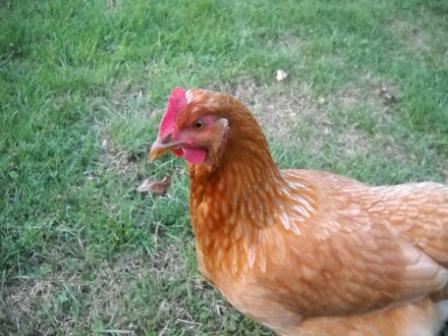 We have learned a lot and added quite a few chickens to the flock so naming them is really not an option. Most of them tend to look alike if they are the same breed anyway. This year we hatched some of our own chicks and also bought some. Each chicken has a band with a number so we can tell which ones are the ones we hatched. Of course in this batch we had a little runt. She had a bad leg from the start, and I babied her a bit. My husband told me not to get attached because what are we going to do with a one-legged chicken. He didn’t expect her to make it. 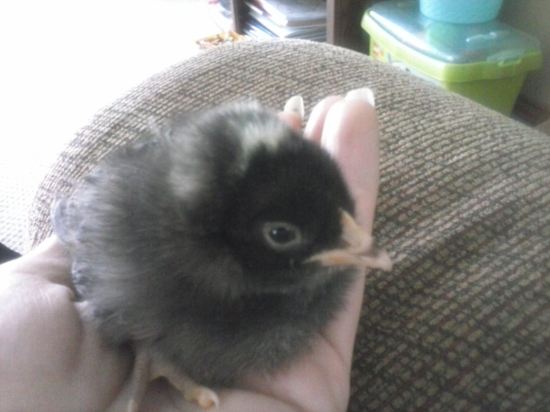 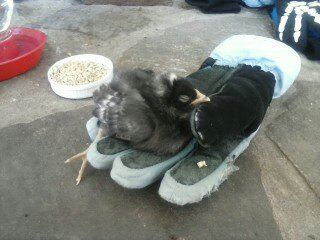 The little one-legged chicken stole my heart. She would sit in my hand when she was little, and she was the cutest little thing. My youngest son decided to name her Mingo. I asked< “Why Mingo?” He told me because she stands on one leg like a flamingo. So how can I argue with that? Mingo is now about 8 weeks old and is smaller with a strange-looking leg, but I don’t think she plans on going anywhere.

We just received our shipment of ducks and geese. I am guessing the kids will throw around some names but most likely they won’t stick. Since we are not raising our animals for pets, it is better that they don’t get a name. My oldest son gets a little sentimental and when we eat one of our animals, he sometimes gets a little teared up thinking about it. We tell him that the chicken had a great life of leisure while on this Earth. Our chickens roam around, scratch to their hearts content, eat lots of good food, and have a warm safe place to sleep. I would say they have it pretty good here at Conley Farm. To learn more about us, please like my Facebook page at www.facebook.com/conleyfarm. 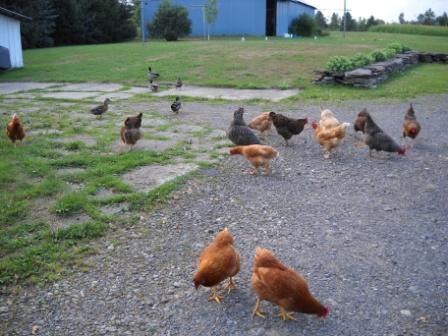 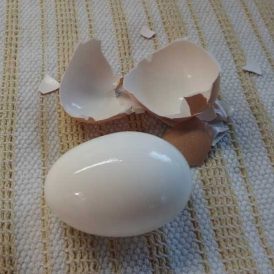 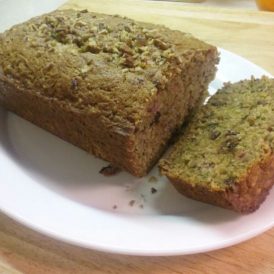 Our family takes a weekend to butcher our grassfed chickens and put food into our freezer. 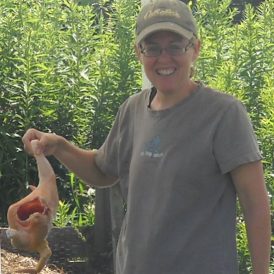