When the nights start to feel chilly and the calendar rolls around to September it means one thing at our house: time to harvest winter squash. Last year we grew over 150 pounds of pumpkin and winter squash. This year we aimed for 200 pounds, but we fell far short. 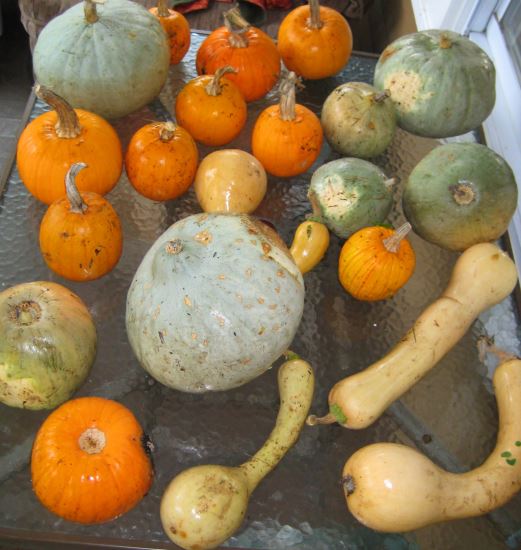 Pumpkin is a staple at our house, providing a base for many delicious and nutritious fall meals. We make pumpkin soup, bread, casseroles, and even pizza and pickles from pumpkin. Last year although we were plagued by powdery mildew we still managed a decent harvest. This year, not so much, thanks to squash bugs.

July 4th weekend I noticed that our pumpkins and squash were suffering. Instead of growing they were dying back. I wrongly assumed that the problem was powdery mildew and treated for it. Instead of rebounding the plants continued to look worse. When I looked closer at the plants I discovered that the leaves were covered with squash bug eggs. Squash bugs lay groups of small brownish eggs on the underside of the plant leaves. When they hatch, the baby squash bugs (called nymphs) suck out the lifeblood of the plants. The leaves turn yellow and eventually the plant dies. 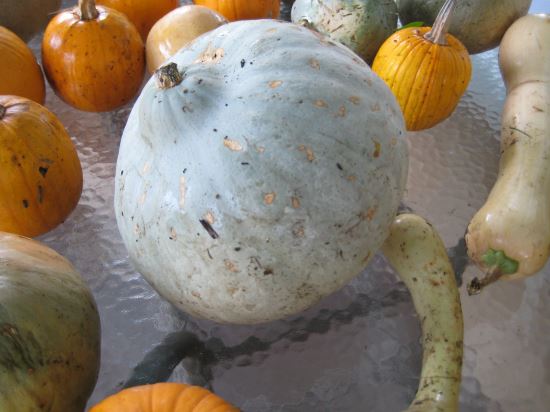 By the time I figured out what I had going on it was way too late. Although Jim and I spent hours turning up leaves, removing eggs, and killing nymphs, I had let the infestation go way too far. Instead of carrying a carload of squash back home from our community garden plot, we harvested a mere 45 pounds or so of gourds last weekend. I suppose I feel happy just to have something.

We’re reevaluating how and where we grow winter squash and pumpkins. At $3 a pound for organic winter squash locally, our expected harvest is valuable and we rely on it. Because winter squash and pumpkins take up so much space to grow and we have such pest issues, I’m not sure where to turn. Ideally for next year’s crop we would like land that has never been gardened before or at least where no squash has been grown nearby. Not sure how we’ll find that!

This easy to make blueberry pie won’t have you turning on the air conditioner because it doesn’t have to go in the oven! 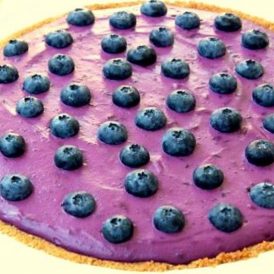 Holiday Season at the Homestead

This may be the time of the year with the least amount of light in the day, but here at the homestead we find our own light through music and spending time with loved ones. 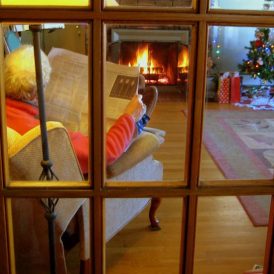 This ornament goes together quickly with scraps you probably already have laying around your craft room. 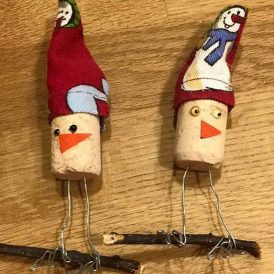