Maybe this post is only for farm people. Definitely not for those of you who are against the killing of animals. I was raised on a farm, but have lived most of my life in the city. I became soft. Actually, I never did like killing animals, although I once yanked plenty of heads off chickens before my mother and I dressed them. It doesn’t mean I liked doing it. It means I liked eating Mom’s fried chicken!

This is our eighth summer on our hobby farm, and I can tell you just how the softness changes to “I’ll kill that stinking raccoon if I get a chance!” It began when our son, Todd, had a large field garden with a tall wire fence to keep out the deer, with added chicken wire around the bottom to keep out the rabbits, and added electric wire to keep out the raccoons. Even that wasn’t fool proof. Raccoons may be cute, but they are also smart and destructive. 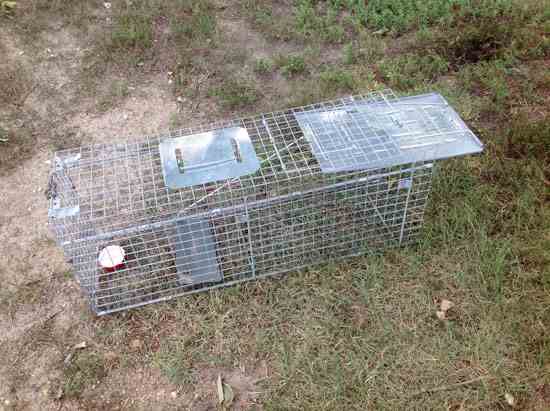 After Todd moved, Larry made a special trip into Kearney and bought four live traps. Then he had to assemble them. They didn’t work that well. Often the bait/food would be gone but the trap hadn’t sprung. The raccoons wiped out our last planting of sweet corn that year.

Jumping ahead to this year. Last week, Larry was dusting our orchard with diatomaceous earth — an organic substance used to get rid of insects — when he noticed peaches on the ground. He looked up into the tree and right into the eyes of a raccoon. Startled, he glanced around in the tree and there was another one. He hurriedly drove the tractor to the house to get the gun. Then he made the mistake of driving the car back, which scared them off. Or maybe looking at him scared them off! Giggle! Larry thought they had come into the orchard over the fence, but then he saw four young raccoons high-tailing it out from where they had dug under the fence to get in. They were gone before he realized it.

Now, that was the raccoons’ first offense, and it was a serious one. You see, the late frosts and freezes had always kept us from getting peaches, and finally, THIS year when they grew, the raccoons ruined them all. Every time I think about it, I get mad.

A couple of posts ago I wrote about our beautiful, young mulberry trees. Well, a raccoon (or raccoons), climbed the wooden corral fence next to it, swung over the wire fence into the tree, and broke two significant branches, plus some smaller ones. Then, not being able to get back out, it dug under the fence. Offense number two, and, boy, was I mad again. There are many, many wild mulberry trees not far away with mulberries all over the ground. Why did they need to wreck our tree?

Will there be a third offense? The pears are almost ripe. Then we have four short rows of sweet corn of two varieties in one of our fenced-in garden beds near the house. We have already started picking from it, and there should be enough for several meals and a few packages for the freezer. I’ll be so upset if they ruin some of it. Especially since Larry has determined he will not plant any again if they do. But I have hope, because we learned something. 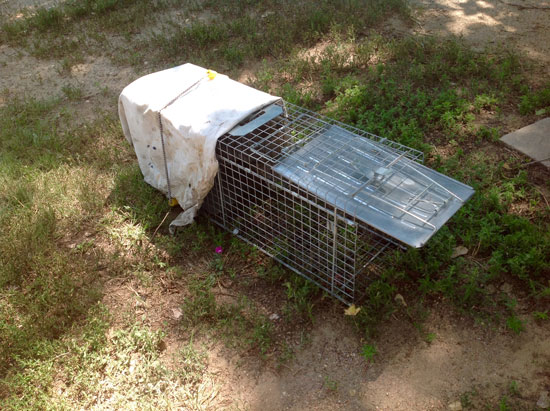 As I mentioned earlier, the four live traps rarely caught a raccoon. The food/bait would be gone, but the trap wasn’t sprung. It wasn’t the trap’s fault, or how Larry set it, as we thought. The little buggers reached in from the side and pulled out all the food. (fish flavored dry cat food) Every last crumb. Larry called Animal Control and was told to cover the cage, except for the entrance. Then they would have to go in to get the food. Why didn’t we think of that?! So far, in the last few days, Larry has shot eight.

Did you think he would take the raccoons to another place and release them? The humane thing to do? Some people use live traps with that in mind. I have read it isn’t always humane, as animals often die in their new surroundings anyway. It just makes you feel good. In fact, I don’t see anything humane about the live trap, since the raccoon goes berserk in there and claws the covering and ground to pieces until Larry gets up in the morning and puts him out of his misery. Sometimes they even ruin the trap. The neighbor boys also use the foot trap. When the animal reaches in to pick up the food, the trap grabs its paw and holds tight. I imagine they go berserk trying to get loose in that type, also.

No, I don’t like it either, but I guess you would have to walk in my shoes. Rather, crawl in my knee and toe prints as I plant the sweet corn by hand, and pull the weeds on my hands and knees. It wasn’t that easy for Larry to prepare the ground, either. It becomes all out war. We have no mercy.

The vultures get to eat.