Christmas and New Year’s have come and gone. New Year’s resolutions have been made and broken. Snow has fallen on a lot of us. Some have gotten more than others. The snow here has melted, but it’s still cold. So I’m still left with trying to fight cabin fever. 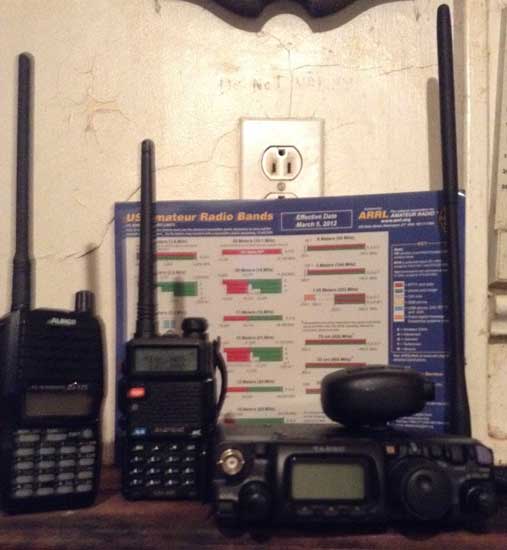 During the early mornings and again in the evenings, I am on one of my ham radios. I have been an Amateur Radio operator since March 2013 as a Technician. I received my General Class “ticket” in September 2013. In 2015, I finally achieved my Amateur Extra license in September and in December I became a VE (Volunteer Examiner). I don’t currently have an antenna outside so I make do with the antennas the came with my radios. Two are handhelds. I can work 2m with the Alinco and I work 70cm and 2m with the Baofeng. My Yaesu FT-817 is a portable transceiver capable of working 70cm up to 160m. Without any outdoor antennas, I am limited to 70cm, 2m and 6m right now. The Yaesu transmits 5 watts of power, which in “ham” terms is QRP (low power transmit). That make me a very small fish in a sea of sharks transmitting between 25 to 100 watts of power. There are those who love QRP. It can be quite a challenge to hear a QRP station, but very enjoyable and exciting if you can make contact with one!

I also plan to register myself and my radios with ARES (Amateur Radio Emergency Service). An ARES member can be valuable in a storm or an emergency.

With this in mind, I am studying a book that I ordered from the ARRL, Amateur Radio Relay League. The book is an Introduction to Emergency Communication. The content of the book will become very helpful to me as a member of ARES. 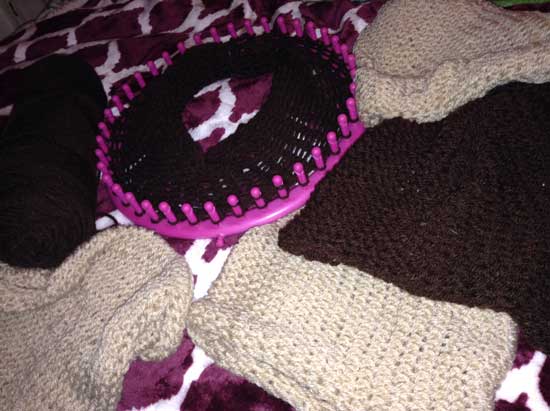 I also do some knitting. I honestly admit that I’ve never cared for sewing or quilting. A few months ago, I was at Wal-Mart and found a quilting loom there. I took a chance and bought it. It is very easy to use and I have knitted several hats with it. My plans are to knit about 15 hats to send to Operation Gratitude. Once Operation Gratitude receives the hats, the will include them in their care packages to the military personnel serving overseas. So far, I’ve knitted seven hats and am half done with number eight.

Sunny days are great for me to be outside making contacts with my ham radio! 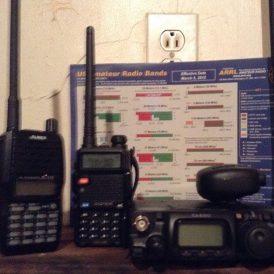