A lot has happened since my last post a year or two ago. I have moved — twice — but I have not given up on my blogging or my ideals of living as close to nature as I can.

I am living in another older home, but this one was built in 1925 and is mine! The structure itself is sound, but — as is to be expected in a house that is almost 100 years old — we are going to need to do some work here and there. It is a simple miner’s house with one bedroom and an added bathroom. We recently pulled up the old, glued-down tiling in the living room and were greeted by the sight of the original wood flooring from 1925! Hooray!

In this installment, however, I am going to talk about my favorite room in the little house, one that I have told my husband will only be changed with the addition of a few more shelves, period! I call it my root cellar!

The first two photos show the main doorway and how thick it is. It is amazing how they layered all these different pieces of wood and made their own tiny door! It is only about 60” tall, 32” wide, and 3-1/2” thick. A hefty little thing that I have to duck to go through! There is a 9” step down going into a small, walk-through area, which is 24” thick. I guess they wanted to make sure this place stayed cold! The next two photos are this walk-through area. (I call it that for lack of a better way of describing it.) 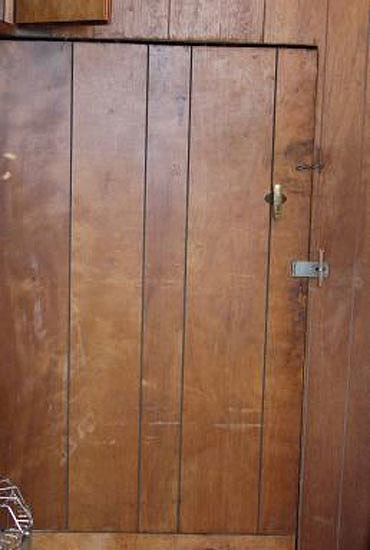 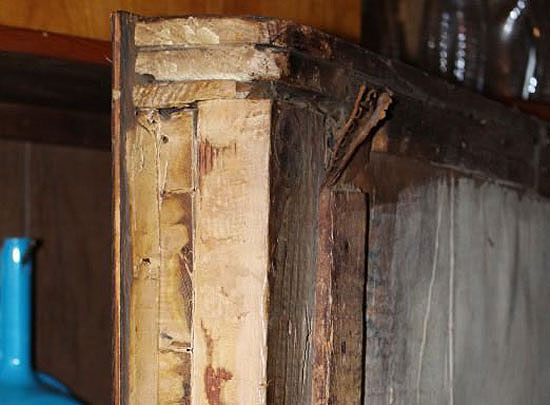 The next photos show the room itself and some of the shelves. As you can see, I have it quite full with boxes of empty jars and my canned goods. There is a small kitchen or bathroom cabinet in the corner that I do want to remove. That way I can put more shelves on that side. I have included a picture of one of the corners in the root cellar as well. This shows a closer look at the old lumber and the detail they used when building these little rooms. They were an integral part of the house, and as such needed to be as close to constant in temperature as possible. They probably did not have a refrigerator, so this is where they would hang their meat, too. As you can see, there is a metal closet bar on this side. 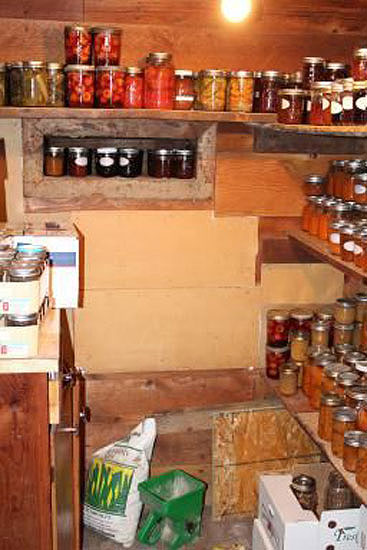 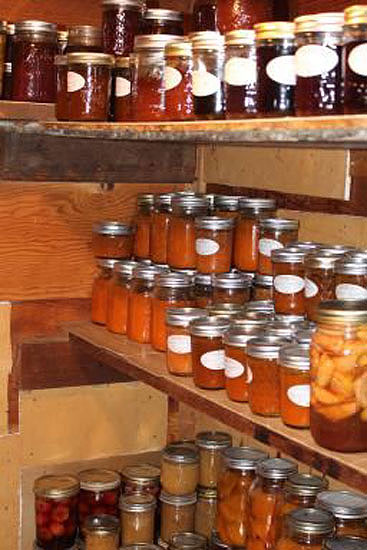 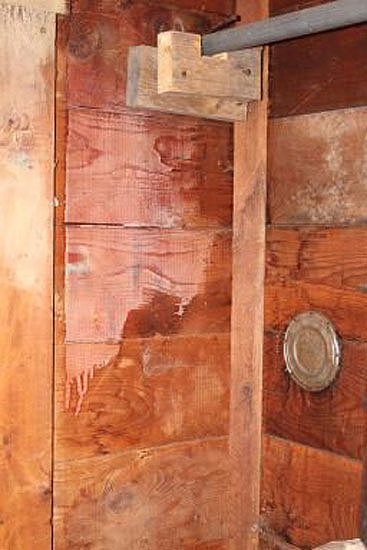 This next picture is of the smaller door, which actually leads into the root cellar. It is only about 3/4” thick, but they have it covered with an old blanket. When the door is pulled shut, this blanket can be pulled over to cover the gap between the door and the frame to the transition, or walk-through. There is not a mechanism for keeping the door shut, just a handle and an old nail in the wall of the walk through. They would hook a string or rubber band around the door knob and then around this nail, thus keeping the door closed. 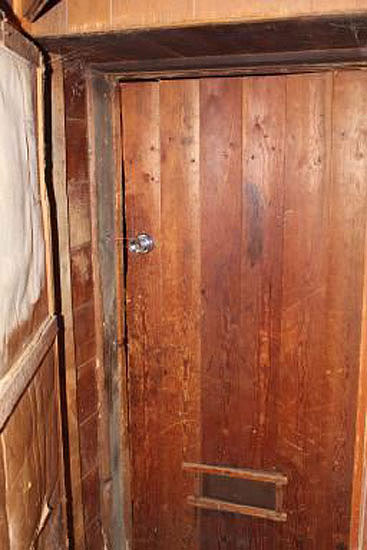 I am not sure what the hole in the door was for. There is a similar opening, or pass-through, in the wall about head height on the end wall of the root cellar. You can see it in the photos. I have it filled with jars of jams. There is also a small hole — about four square inches — in the ceiling. I thought this might indicate some sort of meat curing area, but there is absolutely no evidence for that. I plan on continuing to research this by visiting some of the local historical society’s here in the Silver Valley of Idaho.

Another clue that may help some is the fact that the root cellar used to be totally outside. The small room it is off from now used to be the back porch. This would explain the step down. In 1925, they probably did not even have a real porch; there would have been a door leading outside from the kitchen onto bare earth. That leads a person to think that the hole in the door and in the end wall may have been for ventilation purposes. The small hole in the ceiling may have had a small section of stove pipe in it, allowing heat to escape. I do not know yet, but I do plan on continuing to check into it.