The Many Uses of Burlap

As odd as it might seem I’ve found a measurable amount of happiness in a burlap sack as it has proven over and over again to be sturdy, reliable, and countlessly useful. Seeing as such a thing has provided so thoroughly for our small farm I thought it only courteous to share this story (of a large rough bag, no less).

My wife and I are constantly looking for good bargains wherever we go, as I assume most of us are acquainted with doing, and one of the best deals we’ve come across in recent years are bins of once-used burlap sacks which tend to come from regions of the world where coffee beans are a primary import/export. Our usual shop is the local Atwoods farm and ranch store. I’ll admit that I don’t quite agree with the high prices they charge for a lot of their items but in a rural area they’ve realized people have little choice and, given the nature of these kinds of stores and the quality that is frequently associated with the goods and wares they sell, sometimes they shine with this multi-fucntional ‘tool’ which we’ve come to rely upon for so many things. Usually they sell each bag for a dollar. That’s just cheap enough for me to get carried away and buy a dozen or so bags. After all, each bag is comprised of enough material to be dutifully converted into several useful items. 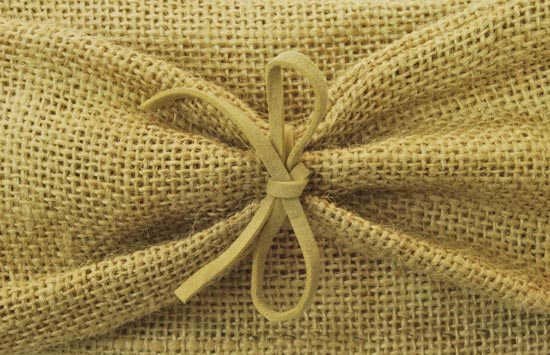 When we first brought home a bounty of these things we didn’t really know what we were going to do with them and had only a small inclination to use them as my mother had suggested, filling them with soil and growing potatoes inside of them. Perfect! That’s one use that literally pays for the bags before the first year of use is over.

So we filled them with dirt, tied some jute twine around them to shape them like barrels, and filled them to the top so we could have some fine tubers growing to eventually fill out the cold storage drawers.

When we still had several bags lying around without a use the idea came to me to use them as mats for the dogs so that they could sun on the back porch in a little more comfort. They worked well enough but the wind would blow them around every now and again so I ended up dropping them over the tops of wooden posts that supported the porch. This is where I had an epiphany.

After having the fire scared out of us several times when we’d walk outside, seeing the bags blowing in the breeze and looking like a human being running at us from just a few feet away I thought it would be nice to try them out as cheap and effective scarecrows. Use No. 3 was a success! You can simply drop the bag over a fence post out near the garden, tie the top or bottom with some twine and you’ve got a verifiable bird scare-er off-er thing-y.

Now that we had Spring covered and the first snow settled on the ground it was no use keeping the makeshift scarecrows out in the garden or pasture. It was time to throw them out or find yet another use for them. In comes my wife’s fantastic craft-making abilities. She managed to convert just one of those bags into a couple dozen coasters that had a nice rustic look to them, and enough material leftover to fashion a small pillow or two for the sofa and chair in our parlor room. This was great stuff!

We’ve managed to stretch less than twenty dollars’ worth of burlap sacks into garden helpers, table savers, and butt protectors. What else could we do? Turns out there was no end to the usage of these things.

Here’s a short list of some of the things we’ve been able to create:

Chicken coop liner – we used a couple of them to line the coop and even made little hammocks that collected the poultry crud that tended to build up at night in the coop. This saved lots of time when it came to cleaning out the coop or removing the old bedding material.

Rugs – that one is self-explanatory but we also used them in the work truck to sit on during the really dirty days when mud on our boots was too thick to properly knock off. We even sit on them when the rain is coming down too hard for us to keep the seats, and our butts, dry from working the fields.

Food storage – we kind of took them back to their original purpose and stored food for the winter in them out in the cold storage area. Think of them like portable potato bins. They also work well to store dog food in when you buy that bag that’s just a little too big for the containers you’ve already got.

Kiddie canvas – you can paint on these things like crazy and since they’re so big you can even hang them on the wall if you want to let your kids have some practice at the art of making a mess with paints.

Ditch helpers – I found them to be quite helpful when irrigating a ditch or dry creek bed to help with excess water and drainage on the property. Once I dig out the bed I lay down these sacks and they allow me to throw aggregate material on top of them, seal the bed a tiny bit, and generally ease the construction process for me. Since they’re biodegradable as far as I can tell, even if they rot I’ve still got the bed made and looking nice and proper.

Hamper – use the bag as a hamper itself or use it to place in your existing hamper. They look nice and they certainly make it a little easier on the back, rather than bending over and over again to get that last sock from the bottom.

I hope these examples might inspire someone to try even more ideas with burlap sacks. I feel like it’s a great way to reuse, “up-use,” recycle, and simply make use of something that doesn’t come in a vacuum-packed plastic package and cost an arm and a leg. 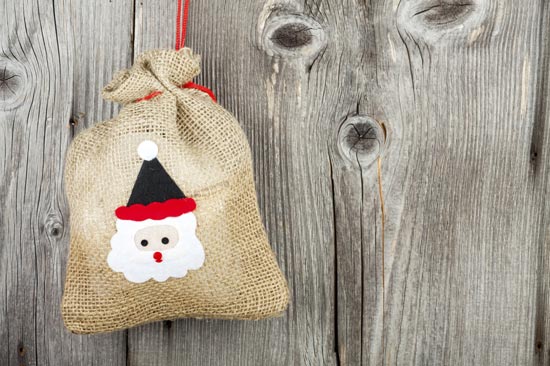