Raising meat animals isn’t for everyone. There are some who have accused me of animal cruelty for raising and butchering animals. Others have said they don’t understand how I can kill an animal. I know where some of my detractors are coming from. The idea of eating an adorable, fuzzy little animal is repulsive to them. It’s OK! I accept that. I would never force anyone to eat my home-raised meat – for one thing, they would not appreciate the flavor, hard work, nor sacrifice.

But, if you eat meat, you may want to think about it before you voice your disdain for homesteaders who raise meat animals. If you buy meat at a grocery store or restaurant, you need to do a little soul searching before you condemn those of us who choose to live a lifestyle closer to our food source than you do. Homesteading has been around a lot longer than buying meat at a grocery store. While it’s not for everyone, insulting us for the practice makes as much sense as having a homesteader stand at the meat counter of the grocery store telling you that buying meat there is wrong. After all, those little styrofoam containers of meat covered in plastic wrap used to be cute, fuzzy little animals too.

I think the reason I’m able to raise animals for food without too much struggle is because that’s how I grew up. When you grow up on a farm, ranch, or in a family that raises and kills animals for food, it’s not usually an issue to do the same as an adult. 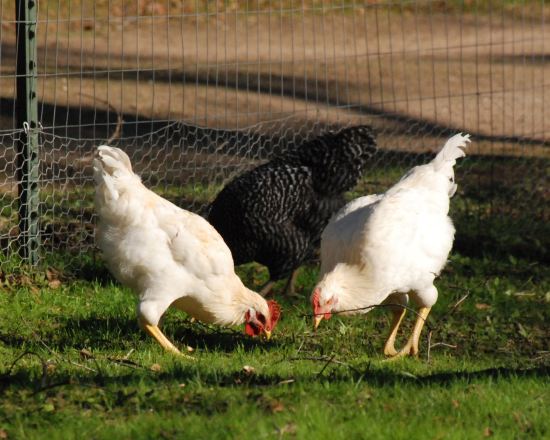 Two of last year’s broilers raised for the freezer. Tender and delicious meat.

My parents and I didn’t live in the country, but I always had animals of some kind. My dad was big on everyone earning a living or contributing to the family in some way. I had a pet rabbit for a while, but my dad raised meat rabbits and I learned what it’s like for a rabbit to ‘earn a living.’

When I was 10, I joined 4-H and raised meat rabbits because we didn’t have any place for a lamb, steer or pig. When the baby rabbits were born, they were the cutest things I’d ever seen. Dad warned me that all of them would eventually be eaten and I shouldn’t name them nor fall in love. So I didn’t (in following years I raised sheep and a pig). It’s an important thing to remember; once an animal is named, it may be harder to butcher and probably impossible for some people to eat. I don’t usually name an animal I’m going to eat.

Growing up, my daughters ate rabbit and chicken we raised at home. They had no idea there was a difference between store bought and home raised and I don’t remember any issues with them when it was time to butcher. One thing they did know; all of our animals lived wonderful lives. They had clean, secure housing, and the chickens had the run of the yard during the day.

When my oldest daughter was in 4-H, she raised a dozen Cornish Cross chickens. She wasn’t able to butcher them because she’d grown attached to them. I’m afraid that experience soured her on eating home-raised chicken. It was my first experience with the breed and those birds were delicious.

There are a few things I know when it comes to killing and butchering animals:

1. Animals raised for food deserve to be treated with respect all the way up to the moment they are butchered. They are giving their lives for me and my family, and that is no small sacrifice. I go into the chore with reverence and thank the animal. Sometimes it takes me a day or two to get back to normal after a day of butchering. It’s not my favorite thing to do for sure, but the rewards far outweigh the negative feelings I experience.

2. Store-bought meat tends to be from animals raised and killed/butchered in deplorable conditions. I don’t do the same to my animals and my family. I run a clean shop. Not only is it the right thing to do, in my experience, the meat tastes better. You can teach your children what it’s like to be good stewards of the earth by treating your animals well. 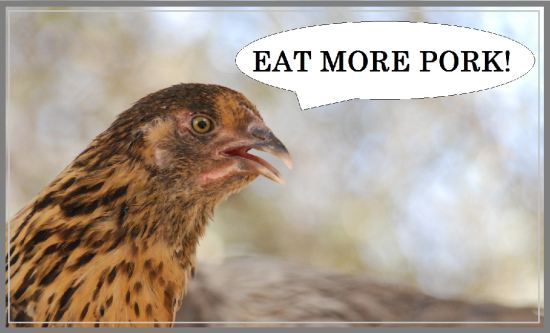 No one wants to be the meat animal.

3. I don’t butcher animals in front of my other animals. I don’t know how much they understand, but I can’t help but think it’s traumatizing for them to see the process. I either move my live animals away or take my meat animal to another location for processing.

4. If you can’t butcher your animals, don’t feel bad. It’s not for everyone. Look for someone in your area who butchers and pay them to do it. I will butcher small animals (up to a goat), but I don’t do cattle or pigs. They are just too big. I also don’t want to be around when my large animals are killed and butchered. 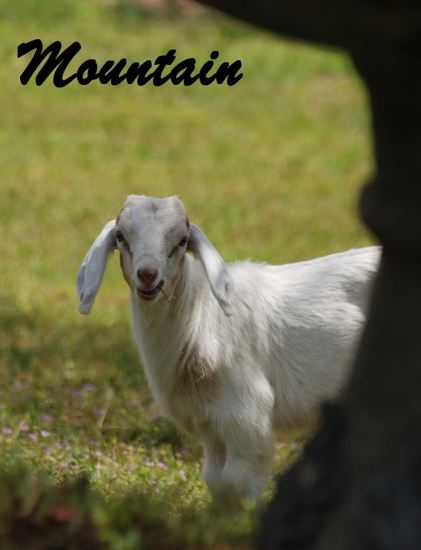 Mountain went to a family who fattened him up and butchered him.

5. I enjoy what I’m doing. Raising meat animals can be a relaxing and rewarding hobby. There are ups and downs, for sure, but for the most part it is a wonderful way to give the gift of healthy eating to my family. 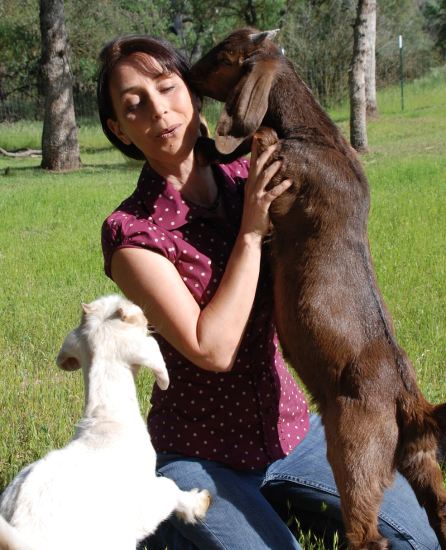 I spend a lot of time with my goats and chickens. I appreciate what they do for our family.

6. I don’t trick people! It’s tempting to serve rabbit and tell my guests it’s chicken, but I don’t do it. If people are going to be disgusted at the thought of eating a cute little bunny, I serve pork, beef or chicken. Most people won’t ask if it is home raised so I don’t bring it up. Some people really appreciate eating something I raised because they understand it tends to be healthier and tastier than anything from the store. If they ask, I’ll tell them.

Thank you for visiting Nana’s Ranch today. God bless you. 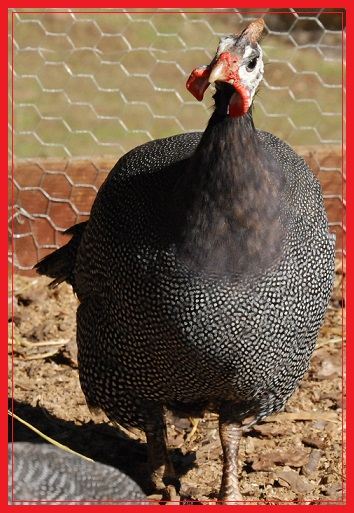