Today, I’m going to continue our farm story. When I first started blogging for Capper’s Farmer, I told you about how we found our little farm and what a mess it was. Along the way, I threw in a few side stories that happened recently. I also mentioned in one of the last blogs that our son, Todd, his wife Nancy, and our granddaughter, Erin, moved to our farm for Erin’s last three years of high school. That was in 2010 and many who were reading my personal blog at that time were disappointed that Larry and I weren’t the ones who moved there. They knew how Larry and I had fallen in love with the place, and how it had become a big part of our lives. But, Larry hadn’t retired, thinking that during the recession, a job was a good thing to have. Anyway, the next few blogs will most likely take place during those three years when our son, Todd, and family lived there. I think you will be interested in how we continued to clean up the farm and restore the buildings.

I’m going to start with Erin. It definitely was a good move for her to live on the farm. She enjoyed her chickens, egg business, and raising sheep. She had taken riding lessons as a child, and now became quite a horse woman, riding the neighboring pastures for hours at a time. The rural high school was different and quite a lengthy bus ride or drive. Right off, she missed the large marching band she had performed in. However, other good things took its place. In particular, participating in FFA gave her good friends, helped her mature in many ways, and introduced some choices of what is out there for an outdoor-loving girl.

Last fall, Erin started college at the University of Wyoming, a college she may never have considered had she remained in the city. Can you believe, she took her horse with her? I had never heard of a kid taking a horse to college, but she did! (Well, not actually in the classroom!) Recently, we were able to see her equestrian team compete in horse shows at Lincoln, Nebraska. It was a first for us and very interesting. 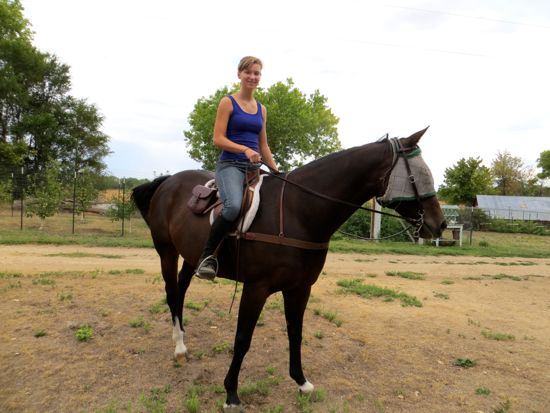 Erin on Dakota just before leaving for college.

Erin also has another interesting side to her. She has inherited the ability to knit and crochet and is excellent at it. Not many high school girls can knit intricate patterns while talking with friends or watching TV. She and her friends love yarn and make all kinds of things. Yes, they even knit their own sweaters! I want to share with you how this relates to Erin’s stay at the farm. 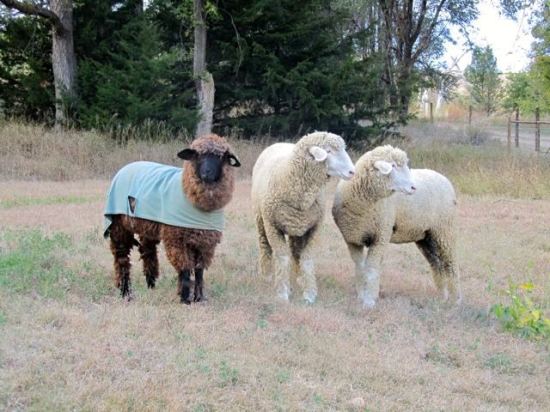 When Erin came, she brought along three newly purchased sheep. Hershey, the brown sheep, is a Corriedale, which has medium quality wool. 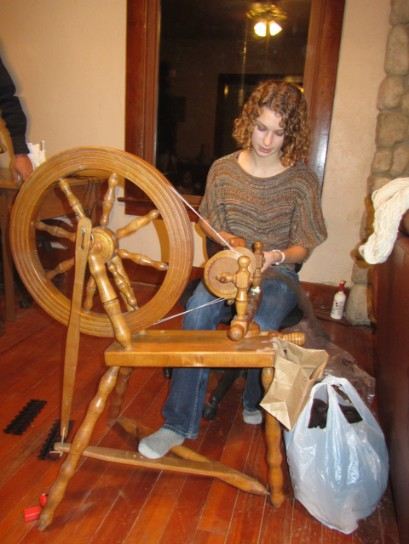 When Hershey was sheared, Erin took the wool to Shepherd’s Mill to be processed, and then spun it on her own antique spinning wheel. 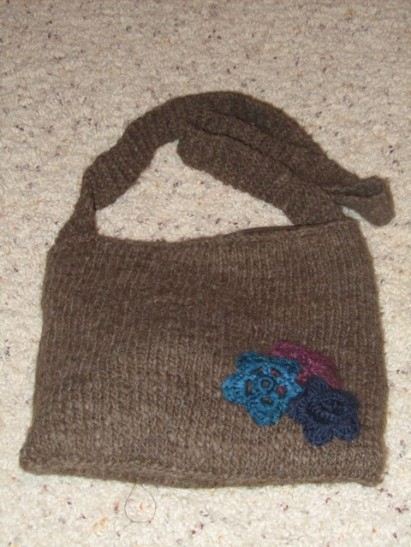 Here is a photo of a purse she knitted from the same wool!

Larry and I visited the farm quite often during those three years, especially in the summers to work in the gardens and on building projects. Erin was usually there during those times, often helping, and being a part of the farm activities. We realize that not many grandparents get to be around a grandchild during the high school years as much as we did, and we cherish that time. We also hope and believe that Erin will always remember those years of experience, the wonderful people in the area, and the small part that we and our little farm played in making it all possible.