Building Rome on the Range

Much of what I have read in the Capper’s Farmer blogs is based on other areas of the country, not in central Texas where we live, so I tend to roll my eyes in envy of four seasons. I’ve been in Texas most of my 50-plus years, and I’ve come to the conclusion that we really only have two real seasons – Hot and VERY Hot. Occasionally, a Canadian wind will blow through Texas and kill the mold, most of the mosquitoes, and whatever plants haven’t been taken by drought and 100-plus heat, but here in the central most part of Texas, it is usually unbearably hot and humid. 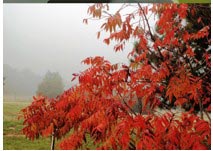 Texas November Weather on the Range

Last year, we moved 35 miles out of the city to become “homesteaders” on a 5-acre plot of land that we want to convert to a plush green haven consisting of a 2,500 square-foot garden, 100 grape vines, 20 olive trees and maybe three or four Hereford cattle roaming the grounds near the chicken coop and rabbit hutch.

The original 1947 cinder-block house was abandoned and is now used as a workshop after the replacement house was built over the storm cellar in 1956. The newer house was updated in 2006 with a modern kitchen and bath, but the original oak floors remain along indoor access to the storm cellar that fills with water when it rains. Our main goal, outside of creating a green haven outdoors, was to take the house back to as much of its original beauty and old-time charm. So far, it is easier said than done. The most we’ve accomplished inside is removing the carpet and patching the leaks on the metal roof. 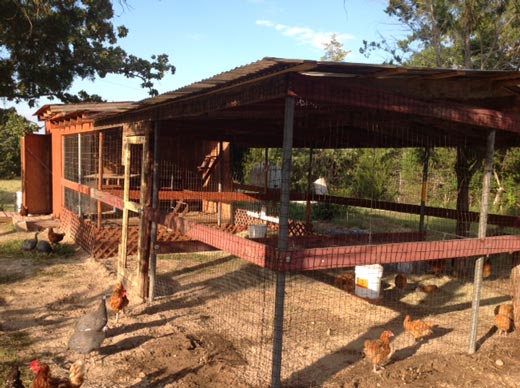 All in all, our first year on the property has been mostly filled with failure, but we have to admit, we have learned a lot about the challenges becoming homesteaders in Texas. By mid-March last year, we had built a large wind and weather resistant structure for our 18 hens and two roosters, added a rabbit hutch for two pairs of meat rabbits, and amended soil on 2,500 square feet of garden space with a fence and chicken wire to keep the wild rabbits and other critters out.

Although our chickens are great egg producers, the garden was a complete failure. By mid-June, the drought and 110-degree weather, and the thousands of grasshoppers unaffected by Neem oil and other natural remedies had decimated the garden. We soon realized that 1,500 gallons of harvested rainwater do not go very far. This fall, we have reduced the size of the garden to make it manageable adding raised beds and are contemplating a greenhouse. The 18 grape vines we planted were quickly eaten by leaf cutter ants, so a different approach will be necessary to bypass those critters.

The most valuable lesson we’ve learned so far has been the exercise in patience. Rome was truly not built in one day and neither is this homestead. We realize it will be several years before we can get adjusted to growing our own crops, raising cattle, and growing grapes for our own wine. The wine cellar is still on the wishlist for 2016, and this year, all the canning will be from grocery store sales.

Oh well, there is always next year! 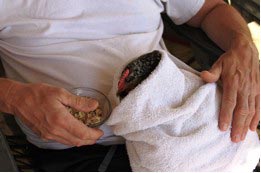 Spa Day for a Sick Hen 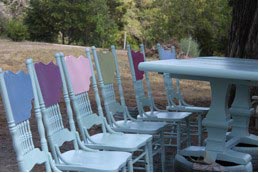 OK, So I Went a Little Crazy With the Leftover Paint 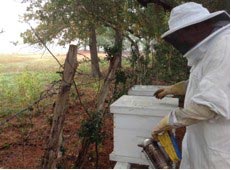 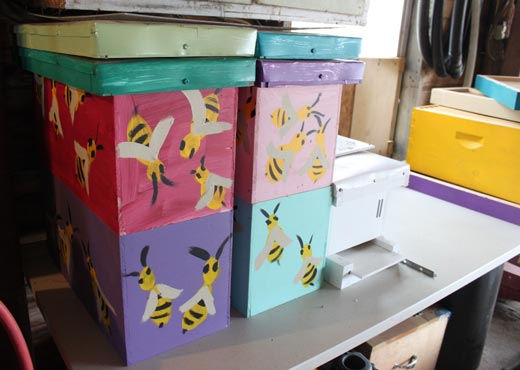 They Can’t All Be White, Ya’Know! 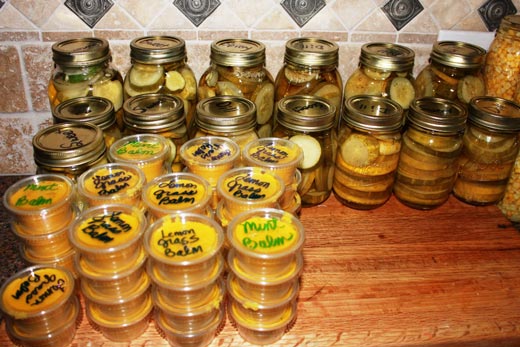 For the Love of Honey and Al

We found a place under the pines where the hives would be out of the 110-degree heat, so we started a free hive recovery service to build up our hives. Beekeeping brought us a number of surprises this year! 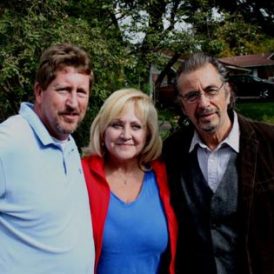