This is my second “fresh start” as a blogger for Capper’s Farmer. In late May, we were in a car accident that left our little Honda Civic resting precariously on the passenger side on our twisting mountain road that had a steep bank on the “upside” and a steep drop into a canyon on the other. The accident totaled the car, but except for the deep bruising of the seatbelt marks across my chest and waist, all of us (my husband and I and Harold, the wonder pup) walked away. Well, I should say we walked away after we managed to climb out. The stress of a close call, shopping for a car, and some health issues, not to mention the worst California drought in recorded history, plus the rapidly increasing schedule of farm responsibilities, knocked me off my schedule for a while.

As for the farm, in the past six weeks, we’ve dug potatoes, picked peas (snap and snow peas) then pulled out the pea plants when they were done. Starting around 6 a.m. seven days a week, we pick squash. We’ve picked and picked squash, plus gathered lots of kale. We also dug regular size garlic and some gorgeous elephant garlic. The Contender beans have just started, and we sold a few pounds to a few lucky customers. Our house and farm water comes from three springs. So far they have held up, but we’re being careful to monitor water usage.

We deliver veggies on Tuesday and Saturday mornings with a customer list of about 60 people. Everyone keeps asking for tomatoes, and while we have almost 200 plants that are loaded, most of the varieties are still green except for the few Peachvine Gold cherry tomatoes we picked and ate. Finally we were able to pick a dozen larger tomatoes yesterday. Heirloom tomatoes are our specialty and that’s what folks anticipate each season. Every morning when I gather squash, I carefully eye the rows and rows of tomatoes, hoping to see more red or, at the least, a little orange. The brightest things in the garden right now are the “Baby Pam Pumpkins” and the Japanese Kuri squash. 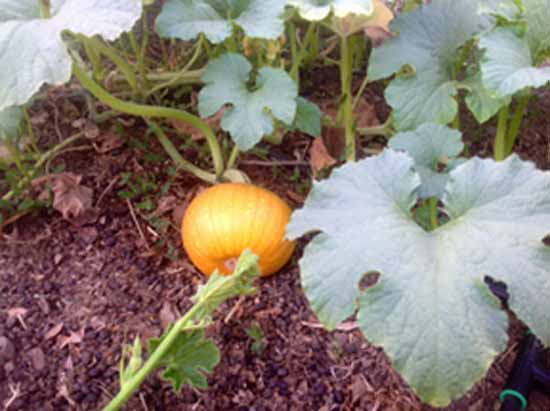 Because of the drought we have a somewhat unexpected garden problem. In the past two weeks, we’ve found three rattlesnakes, two of them in the garden rows. In 1981, when I first married into the family and moved here, my father-in-law told me that in dry years, rattlers will come in close looking for water. That would seem to be the case. Prior to this, we had seen only two rattlesnakes in the past 10 years. It makes me wary and cautious when I reach down under the big squash leaves. Now I push the leaves aside before putting my hand anywhere near the ground. 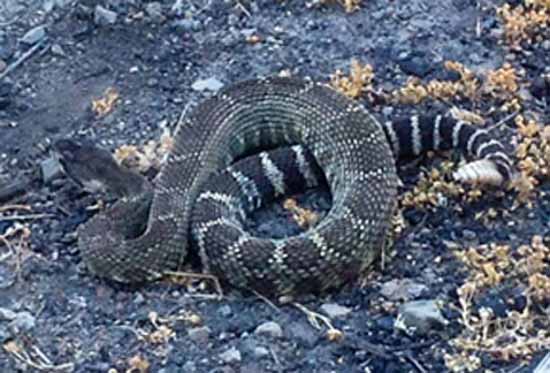 A more common pest is the invasion by flea beetles – at least that’s the local name because they’re tiny and they hop. They really decimated the eggplant leaves. One source advised garlic spray so we made some and have sprayed, but can’t tell at this point whether it’s had much effect. Of course, the sure solution is to squash them, but they are so small that manual execution would be very time consuming. We only hope that the rather raggedy looking leaves don’t mean a lack of ripe eggplant. By the way, I would love it if you would send me your favorite eggplant recipes – we like to hand out recipes to our customers, especially if they want to try something they ordinarily don’t eat. My email is pjtinnin@yahoo.com

Before closing, here is a simple recipe I “invented” last Sunday. About three out of four Sundays, we prepare a full meal for the folks who attend an outdoor worship service that has come to be known as “Street Church.” Lately I’ve been preparing enough food for 30 to 35 folks, and we seldom have any leftovers. (There is a family who prepares the first Sunday’s meal each month and some women who help out on occasional Sundays.)

We love it when the produce is abundant, and we do our best to make tasty, healthy recipes. The people are mostly homeless folks, street people, or otherwise living on the margins and for some, it’s the only meal of the day. I wanted to serve salad, but we don’t have lettuce right now. I decided to try a kale salad and added shredded carrots and thinly sliced zucchini from the garden, plus some chopped onions and grated cheese. The diners raved about it and kept coming back until they had devoured the enormous salad. We offered several different salad dressings, but my personal favorite is a little olive oil and seasoned rice vinegar.

Here at Laurelwood, June through September is hectic, often challenging, but never boring. One morning last week, we took a mid-morning break. My husband said that my mother-in-law and I should sit in the lawn chairs in the shade of the large pine tree in the backyard (a Christmas tree we planted 30 plus years ago). He went inside and a while later returned with iced coffee and some ginger snaps. We sat there enjoying the breeze and watching the swallows that swirled and turned in the sky. Country living isn’t always quiet, peaceful or easy, but the beauty that surrounds us is irreplaceable.