Jake and His Toys

My dog Jake loves his toys. One of his favorites is a small, round rubber ball. In fact, he has five of them: two blue, two red, and a green one. He can spend most of his day and evening playing fetch with one of them providing that I am willing to throw it for him. Honestly, I wish I had some of his energy. I seem to wear out long before Jake does. 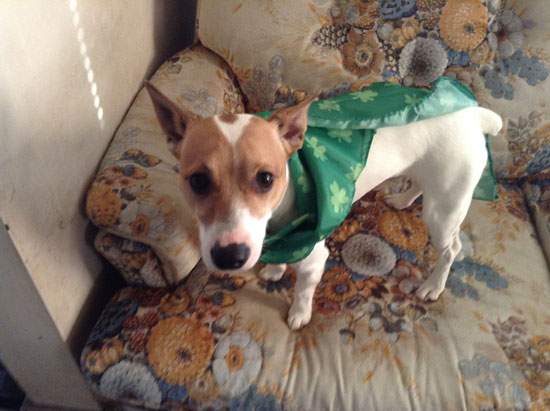 Once in a while, the ball gets thrown and lands inside of one of my stepdad’s boots. It’s a challenge for Jake to get it out, but given enough time he does. Jake usually ends up with the boot on his head and once the valued ball is retrieved, the boot gets left behind in the middle of the floor.

Of course, if you really want to see my stepdad go nuts, then let Jake play with his pink squeaky pig. Jake loves to chew on it, but the obnoxious squeak is almost intolerable! Jake doesn’t care. He loves his squeaky pig. I guess Jake assumes that his humans will learn to love it, too.

I’ve yet to teach Jake to fetch a Frisbee. To him, it’s just another chew toy that happens to be somewhat flat and round. I throw it, he chases it, lays down, and starts to chew. Guess if I want him to fetch, I’ll use one of his rubber balls. When I get tired of throwing, I’ll give him the Frisbee. Fair enough, I think.

Buddy, on the other hand, is the couch potato. I show him a toy and he just stares at it. If I want any activity out of him, I have to go into the kitchen and yell “treat time!” He will be the first one there.

So it goes with my life. That’s OK. I’m content with what I have.