Those who know me know that I have a couple of pets at home, Bogie and Jake. It’s hard to imagine an Amazon Red Lorie parrot and a Jack Russell dog would get along with each other. Amazingly, they do. 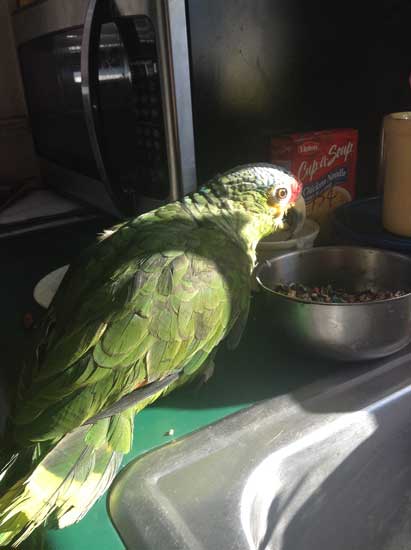 I’ve had a few dogs come into my life over the years. The loss of each one has been heartbreaking. Through it all, along with Mom divorcing twice and marrying three times while I still lived at home and then me moving out at age 17, then a couple of job losses, there has been one constant. That would be Bogie. That the six-year-old little girl and five-and-a-half-month-old parrot have endured a lot together over the years would be an understatement! 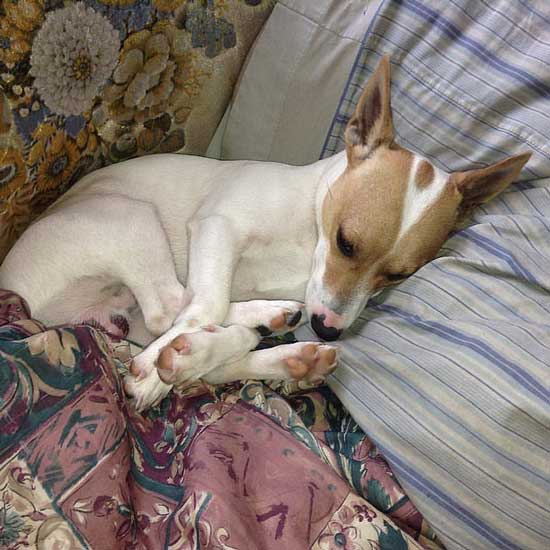 Jake arrived into my life on October 5, 2014 as a seven-week-old puppy. It was a time in my household when the death of my other Jack Russell, Stubby, was still hurting everyone. The heartbreak seemed unbearable from loosing such a beloved companion. Bogie was still searching the house for Stubby and would perch on the kitchen steps by the back door, waiting for her playmate that wasn’t going to return.

Time will never heal a broken heart. Jake, however, has made it more bearable. Jake and Bogie are almost inseparable here at home. If you see one, the other is always nearby. Not only will they play together, Jake shares his toys with Bogie. Every so often, they will take a nap together, Jake curled up on the heat register under the table and Bogie perched on the table leg next to him. Sometimes, when they think no one is looking, Bogie will ever so gently groom Jake’s fur.

I don’t know how long each of my pets will live. In a way, I don’t want to know. I already know their loss will break my heart when the time comes for them to go to Heaven. Right now, I just want to appreciate the chance to travel down life’s highway with them.