How Not To Raise Turkeys

Farm animals seem to be a bit of an addiction. I don’t know about you all, but we seem to want to keep adding more. At the beginning of the year I had said we weren’t going to add anything else new and just stick to what we had for now, but before long we had already arranged to get a small milk cow this winter and then we started looking at turkeys.

My husband, Jacob, has always had an interest in turkeys. For some reason he always said he wanted to see a big tom strutting around our property. We also enjoy eating turkey so we decided why not just give it a go and start off with a few. We could raise them just in time for Thanksgiving and maybe keep a few back to breed.

I was afraid that a really big turkey might terrify my poor children, the oldest already has a small fear of birds for some reason, and so we decided on the Midget White. They don’t get very big and hopefully size wouldn’t be so intimidating to the children.

The hatchery has a minimum purchase of 15 so we decided that would be a good number for our first experimental batch.

We had done quite a bit of reading and heard that turkeys can be a bit high maintenance at the beginning, but once they were outside they were basically indestructible. As with anything, we were up for the challenge.

Well, the turkeys arrived and, boy, were they the challenge. We couldn’t keep them alive. Right out of the box two of them didn’t look well and I knew we’d lose at least a couple. When we have ordered broiler chicks in the past, the hatchery has always sent us a couple extra. There were no extras (probably because they cost four times as much!) with the turkeys so we were really hoping a couple would be all we would lose.

As with the broilers, we showed them food and water, but apparently they just couldn’t get the hang of it or would forget. What happened I’m not sure, but we’d go in to check on them and they’d all jump up and run around like crazy and peck at all of the walls and seemed to be lively. We could see some drink and eat so we had thought that we were good to go.

Well, pretty soon they just started dying. One by one, day by day. There were a couple times we lost two in one day.

After week one, we were down from 15 turkeys to only seven!

Like any modern farmer, we took to the Internet desperate to save what we had left.

We decided to add sugar and apple cider vinegar to their water. We also added a whole bunch of marbles to the water dish to encourage them to peck and drink. More protein was also added to their feed.

Jacob emailed the hatchery to ask if they would at least reimburse us for the couple we lost the first day and see if they had any recommendations on keeping what we had left alive. They emailed right back and told him to call their office. He did and they said they would credit us back for every single one. We were quite relieved to no longer be out about $80, but were nervous we were going to keep losing more.

We stayed diligent with the new water and feed and held our breath.

Well, lo and behold, the last seven have stayed strong and are thriving! We eventually stopped the sugar in the water and just have kept up with the apple cider vinegar.

They all seem to be happy and healthy and growing well. We are pretty sure we have at least one tom in the group, so if we do decide to breed we at least have that option.

We’ll just have to look at this batch as a hard learning experience, I suppose.

Any turkey people out there? What recommendations do you have on starting them out? 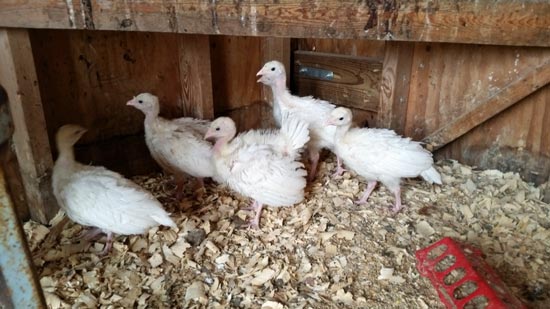 A biography of Christine Nelson

How To Get The Most From One Gallon Of Milk

What to do with one gallon of raw milk to stretch your dollars. 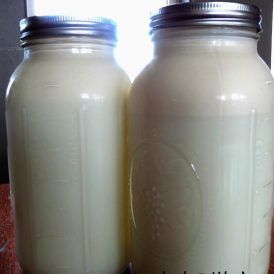 A simple recipe for a real food, creamy, no bake cheesecake. 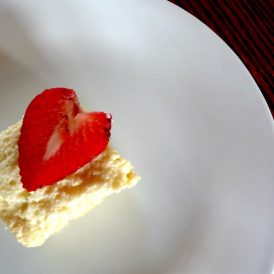