It’s so easy a child can make it – Peach cobbler.  Living in Georgia, the Peach State, we eat a lot of peach cobbler. Peach Cobbler in Georgia is like Key Lime Pie in Florida – every restaurant says they have “the best.”  You probably have a favorite recipe yourself and I’m sure it’s great.  In fact feel free to bring it by and after several helpings I’m sure I’ll confirm your cobbler is the best one I ever ate that day.

Cobblers are one of those food items I just assumed have been made forever, but thinking about it there had to be a first time.  Just like oysters, snails and truffles someone had to be the first.  I love the internet.  Within minutes of pondering where peach cobbler came from I had several “accurate histories” at my fingertips.   From the short and concise to the lengthy and detailed I have read more about peach cobbler than I ever wanted to know.  In a nutshell; when cobblers came to America they were not filled with fruit but most likely came stuffed with various meats.  At some point fruit became the focal point.  All you need to know about cobblers and it’s a great trivia fact too, is that to be classified as a cobbler the dish has to have a bottom layer of fruit covered with some type of pastry.

Easy peasy; fruit on the bottom, pastry on the top.  You’re probably ahead of me on this thought: it’s the pastry that makes all the cobblers so different.  I have enjoyed cobblers topped with pie crusts, batters, and even dropped biscuits.  It didn’t seem to matter if the crust covered the entire dish or was dropped in blobs on the top I can’t think of a peach cobbler I didn’t enjoy.

Purists will argue that fresh, ripe juicy fruit works best but I would venture to say most cobblers around here use canned fruit.  As an experiment; ok it was not an experiment it was an act of desperation because the peaches I bought were too hard, I used both methods.  I combined fresh sliced peaches and a can of peaches. Yes, most people would also peel the peaches but I enjoy the texture of the skin.

My current favorite recipe for Peach Cobbler is this one –

So Easy That a Child Can Make It Cobbler 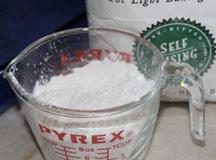 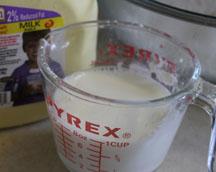 The recipe doesn’t call for any spices but I crave cinnamon so that was added to the mixture – probably a Tablespoon, give or take.  I just shook the can until I felt good.

Drop peaches on top – to more or less cover the top.  It’s your cobbler, use as many peaches as you like. I’m partial to peaches but if you’d rather use blueberries, blackberries or some other fruit go ahead. 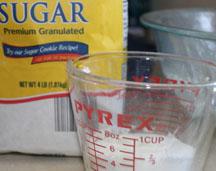 Sprinkle 1/2 cup sugar on top – this was the hard part for the child.  She poured most of the sugar in one spot and we had to brush ii/spoon it across the rest of the top.  Let’s just say one person got a really sweet piece of cobbler.

Bake at 350 degrees for anywhere from 45 minutes to 1 hour.  You want the top to be brown and toasty.  Typically I’m ok with 45 minutes but with the harder fresh peaches I needed to let it bake for the full hour.

Patiently wait to cool and serve alone or with ice cream.

It’s summer – time to enjoy the fruits of good ‘ol US growers.