So I made a few consultations with people I knew were familiar with fermented drinks and found that kefir culture was not the best for the classic taste. I was counseled to try ginger bug and a more simple ingredient combination. I got this recipe from Wellness Mama. Then I modified it for my own kitchen.

Here’s what I came up with:

First you need to make a Ginger Bug. Don’t ask me where that name came from. I think it’s a shortened way of saying Lacto-Fermented Ginger Starter.

2 fresh ginger roots — about 1-1/2 inches long; peeled unless using organic and then you can use it with the skin on
1/2 cup white sugar — has to be white otherwise the fermentation will not work properly
2 cups filtered water
quart size mason jar
cheesecloth
rubber band

Cut a chunk of ginger root and grate it to make 2-3 tablespoons of grated ginger. 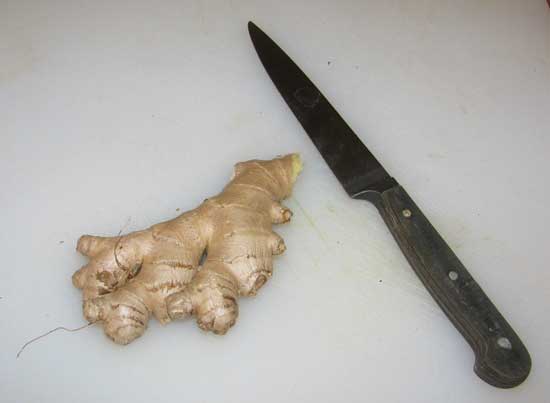 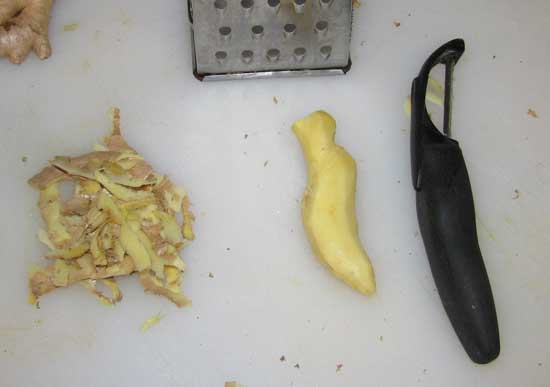 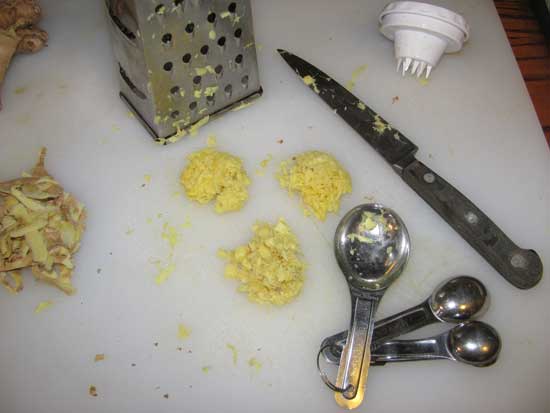 Put the ginger in the mason jar and add 2-3 tablespoons of white sugar. 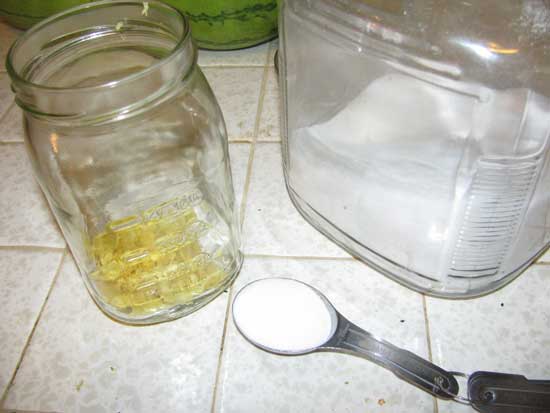 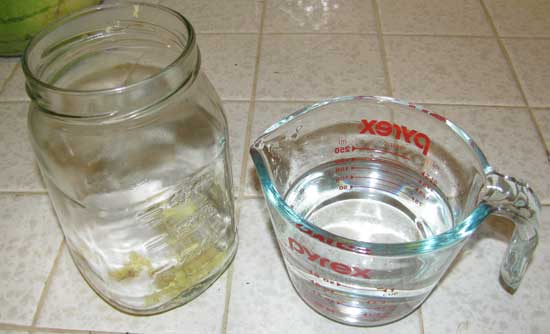 Don’t use water that has chlorine in it. The chlorine will kill the fermentation critters.

Stir with a non-metal spoon and lightly cover with cheesecloth held in place by a rubber band. 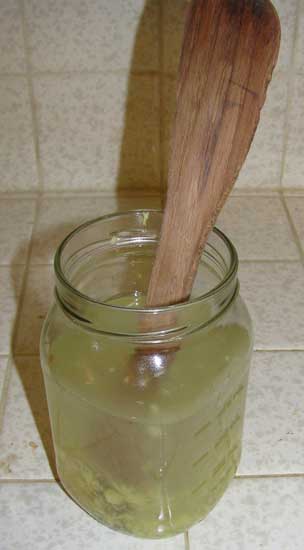 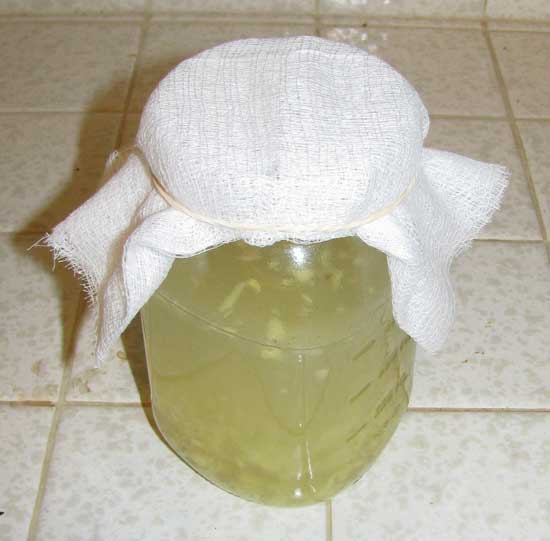 Then for five days add 1 tablespoon grated ginger and 1 tablespoon of sugar once a day and stir. It could take a few days more than five for it to work. What you’re looking for is a sweet yeasty ginger smell with fizzles/bubbles at the top. If mold appears on the surface throw it away and start again. If you make sure your utensils are all clean and sterilized you will more likely be able to avoid mold. If it takes over a week to ferment throw it away and start again. Also don’t ferment it next to kombucha or sauerkraut or any other lacto-fermented stuff. They will “cross pollinate”.

Ginger Bug is good for many homemade sodas. If you want to try it out on other recipes on down the line you can let it rest in the fridge until you’re ready. Just add a teaspoon of grated fresh ginger and 1 teaspoon of sugar every week. When you’re ready let it come to room temperature and start feeding it again.

OK, now is the time to start the actual root beer. The even easier part.

Put the sassafras root bark and wintergreen leaf in a large pot big enough to hold 3 quarts of filtered water. Add the spice if you decide to use them. Add 3 quarts of water and bring to a boil. Reduce heat and simmer for 20 minutes. Strain through cheesecloth into a large pitcher to remove the herbs. Then while it is still hot add the sugar and molasses and stir with a clean spoon until it is dissolved. Let cool until just room temperature (not hot, not cold) and add the 3/4 cup ginger bug (strain it through cheesecloth to remove the particles of ginger) and vanilla. Also add lime juice at this time if you decide to try that. I did. I added all the ingredients listed. Transfer to grolsch type clean sterilized bottles. You know, the ones with the wire clasp on the lid. Let the bottles sit at room temperature for a few days but check after two days for carbonation. Right away my bottles started to get a mottle-ly “foam” on the surface but I let them sit. After 2 days I opened one carefully and it did have a little “pop” but not too much. I smelled it and decided that it only vaguely smelled like root beer. The molasses was not an undertone. It was dominant. Then because I was not sure what the foam-y stuff was on the top I made a command decision. I threw it away. It did not smell like we wanted it to and even though botulism is rare in these kinds of things the concern we had put us over the top.

I remember reading a story Ruth Reichl told about her mother. Ruth Reichl wrote a great memoir about her life, the beginnings of California Cuisine and her days as editor in chief at Gourmet magazine. She said (and I paraphrase) “My mother was always trying things out on my dad. She’d say here try this and he would dutifully open his mouth and let her spoon the stuff in. Invariably he’d wrinkle his nose and spit the stuff out. Mother would say yes, I thought it was going bad.”

So, not wanting to do a Ruth’s Mother on my husband I decided to throw it out.

Here’s a picture of what we got. Does it look benign to you? 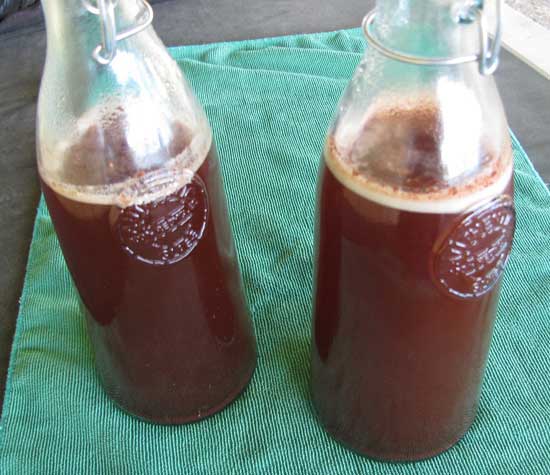 You might ask why would I offer a recipe that I threw out in the final analysis? I offer it because if you do it right and your result does not have any suspicious things about it I’m sure that you can get a lacto-fermented healthy drink that is good in its own right. I want you to know my whole process so you can learn from it and decide what you want to do.