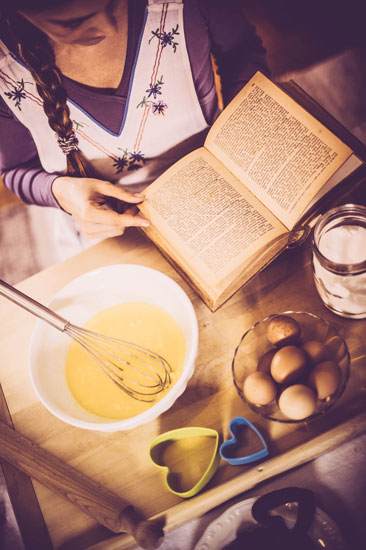 A re-created dish may not have to be exactly the same as the original cook's, as long as it adheres to the dominant textures and flavors of the original recipe.
Photo by Getty Images/CasarsaGuru
2 / 2 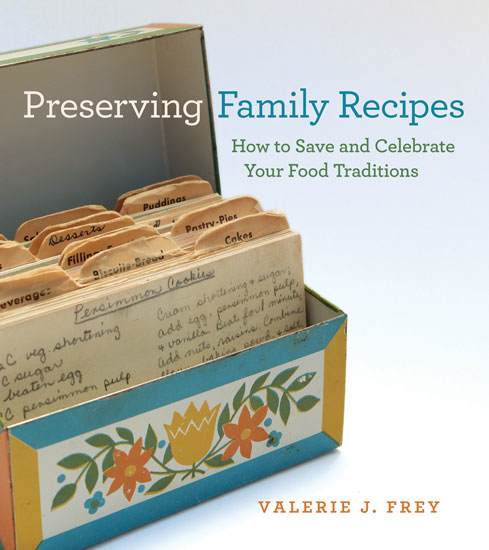 Preserving Family Recipes: How to Save and Celebrate Your Food Traditions(University of Georgia Press, 2015), by Valerie J. Frey provides useful tips for successfully gathering and preserving family recipes. The book offers advice on interviewing relatives, documenting family food traditions, and collecting oral histories to help readers savor their memories. The following is an excerpt from Chapter 3, “Adjusting Recipes.”

Whether you have some of the original dish at hand or not, re-creating a family dish without the cook’s advice can be tricky. To meet this challenge, I asked various master cooks about steps for figuring out a recipe on your own. Professional chef Doris Koplin was particularly helpful. “First, try to determine what is in the dish. Sometimes that’s difficult, if there’s a sauce involved.” She noted that foods involving seasoned purees like sauces and soups may be the hardest to dissect because there are many possible ingredients and visual cues are largely hidden. To illustrate, she recalled attending a cooking class at a notable restaurant. Dinner was served to the students, and the woman sitting next to Doris thought the restaurant’s signature soup was made with squash, while Doris herself thought it was sweet potato. It turned out that they were both right. An efficient kitchen does not waste food, so the soup contained many leftover vegetables, yet the dominant flavors were always the same — tomato paste and dill. Doris’s soup story offers hope. To re-create a dish to your satisfaction, it may not have to be exactly the same as the original cook’s but rather adhere to the dominant textures and flavors.

As with recipe modification, creating a written recipe from the memory of a dish involves methodical attention to detail. Think back on the original dish in terms of various sensory aspects — color, texture, serving temperature, smell, dominant tastes, and aftertastes. Going on what you know about the cook, including his or her living environment and cultural background, list logical ingredients and cooking methods that can give the dish each attribute. Once you build this “recipe scaffolding,” a basic understanding of how the dish was probably made, then sift through recipes online or in cookbooks. You’ll look for similar dishes, comparing and contrasting recipes until you can select one that seems close enough to use as a surrogate or base recipe. Using the methods described earlier in the chapter, you’ll keep working on the recipe until you are satisfied.

If you are stuck on one aspect of a dish, do a little research. For example, if your sketchy or surrogate recipe results in a soup that is thinner than the original cook’s version, a Web search for “soup thickener” will come up with suggestions such as flour/roux, cornstarch, arrowroot, potatoes, or pureeing some of the solids. Food substitution lists, available in many basic cookbooks as well as on the Internet, are intended for use when you are out of an ingredient, yet they can help give clues about ways to develop or modify recipes. Obviously, the more experience you have as a cook, the better your knowledge base of potential ingredients and cooking methods will be. Don’t be afraid to go to other cooks for ideas.

Family and friends who knew the now-gone cook can be a huge help. They may remember specifics about the dish in question and perhaps watched your cook in the kitchen. You may even wish to widen your search for help by taking advantage of the community where your cook lived. Cooks’ know-how is often based in their culture, so community members of a similar age, socioeconomic group, and/or religion may make dishes that are strikingly comparable. Especially if your cook lived in a small or tight-knit community, try knocking on the doors of former neighbors or visit your cook’s place of worship.

The Pitfalls of Re-creating a Dish

When you are trying to zero in on a specific taste another cook perfected, you are trying to duplicate something to which that person’s taste buds were well attuned. And, like the tomato paste and dill soup mentioned above, your cook may have reached that taste in a number of ways. If you are trying to reproduce a dish from a cook with a particularly sophisticated sense of taste and many cooking sensibilities, this is going to be especially true. The list below of some of the common pitfalls and considerations may help you navigate the task.

Personal Tastes Change. We simply may not recognize when a food tastes just as it did when we were younger. Adults often learn to bypass bland, sweet childhood foods in favor of a more sophisticated palate. Preferences for amounts of salt or spice may change over time. If you think you made a dish just right, yet it doesn’t taste as good as you remember, you may just have outgrown it!

Unexpected Ingredients. Someone trying to duplicate my Orange Almond Chicken without a recipe would probably try adding flavor with orange juice or zest, but the result would be too faint. What actually happened is that once when I was digging in the freezer for some chicken breasts, I came across a half-used container of orange juice concentrate and decided to pair the two. A cook trying to re-create that chicken would do well to brainstorm a list of as many orange products as possible and perhaps would discover the answer. On the other hand, sometimes an unexpected ingredient is altogether hidden. The secret to my dad’s wonderful skillet popcorn was actually my mom’s fried chicken; he used her leftover oil that was infused with traces of browned flour, salt, pepper, and chicken juices. If you are struggling to pinpoint a flavor, ask people who spent time in the kitchen with your cook if they know of any unusual ingredients or if they can describe the way the ingredients were handled.

Quality of Ingredients. Are your ingredients as fresh as the original cook’s would have been? Some ingredients such as baking powder fail to work properly if they aren’t relatively new. Also, storage greatly affects quality and freshness of some ingredients. For example, uncovered butter and other fats quickly pick up the flavors of foods around them. Baking soda is also known for this ability, yet many people store the box with the cardboard flap partially open. Spices shouldn’t be stored too near kitchen heat sources or their flavors fade. The cook you’re trying to imitate, however, could have practiced poor storage habits — perhaps a part of the recipe puzzle!

Terroir. Food writer Rowan Jacobsen and others have examined the phenomenon of terroir. This French term (pronounced tare-wahr) means “the land” or, by extension, “taste of place” and is used to describe how weather, altitude, soil composition or drainage, and other conditions affect the food raised in a specific place. Georgia’s sweet Vidalia onions taste different from similar onions grown in other parts of the state. The oysters of Louisiana taste different from those of the Chesapeake Bay because of the water where they are found. If a family dish doesn’t taste like you think it should, perhaps you are missing the elusive taste of the farm or region where the dish used to be cooked! If you can return to the location where your recipes originated, farmers’ markets or “u-pick” farms may be the missing piece for your recipe. If you have friends or relatives there, social media can help with locating food sources. When I moved back to my hometown, a social media “shout out” helped me locate wild persimmon trees, and each autumn local friends help me determine when the forest muscadines are finally ripe.