The Love in A Cookbook

As I’ve said before I love to cook. For eons, family life has revolved around food, all the way from Abraham and Sarah sitting by the cooking fires, to the advent of the dining table.

When I was growing up, all families around here sat down to each meal together at the table and visited, laughed, and enjoyed food that was home grown and nourishing. That sort of family life is fast disappearing now, and we are a poorer nation for it.

Collecting cookbooks is a real weakness of mine. Recently, I forced myself to go through my stash and pass on the cookbooks I knew I would rarely refer back to. My daughter, daughter-in-law, and the local Good Will benefited from my purge. But there are certain cookbooks I will never part with. And just yesterday, I received a new one that will join these special cookbooks in a place of honor.

A very dear friend of mine who grew up near me, and now lives in Washington state, published a family cookbook and sent me a copy. Family cookbooks are priceless to me. They are a way of preserving the best memories of childhood.

Meals that mom prepared with her own hands and put on the table, each item carefully composed and cooked in a way that only Mom could do. To this day I can not replicate mom’s brown beans, cornbread, or soda biscuits, even though I follow her recipes faithfully to the letter.

Donna Couch, her sister Charlotte, and a cousin gathered family recipes for months, and Donna edited them into a beautiful keepsake that she was kind enough to share with me. It is filled with so many good things I remember from childhood. Dishes I ate at potlucks, or were brought to our house on a special occasion such as a birthday, open house, or even a funeral. Some dishes I had been searching for and thought the recipes must have been lost in the passage of time. Each page made my mouth water. This is one cookbook I will be using a lot. 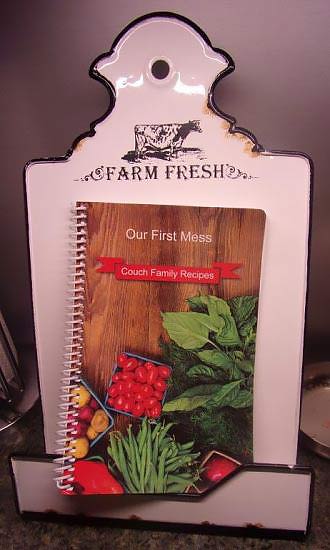 When I was 12, I read about a girl starting a “Hope Chest.” This was usually a cedar chest, or an old trunk filled with things a young bride might need. I started one that very year, and mom bought me something for it every Christmas until I married in 1979.

That first Christmas, granny gave to me the first item to go into my new “Hope Chest.” Cookbooks were hard to come by in her day. Mostly recipes were handed down by word of mouth, or by mom’s example.

But somewhere, granny had obtained a real cookbook, and as you can see by the cover, she used it most of her life. She wrote on the inside of it for me, which makes it even more of a treasure to me, “Bought May 2, 1949, from Coy Taylor. Given to Beth by Grandmother Dec 24th, 1972. 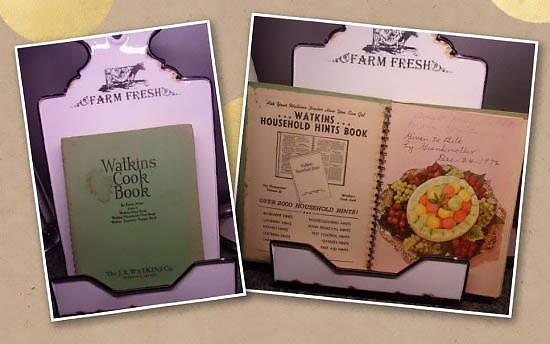 When mother passed away in 1990, daddy handed me her only cookbook. It was a wedding gift to her on Oct 16th, 1959. It is the only cookbook she ever used. It is filled with warm memories for me of all the yummy things she used to set on the table.

But as I’ve said, though I follow it faithfully, I can not get anything to taste the same as she did. There always seems to be one ingredient missing. Maybe it is just her special “magic” she used when cooking. 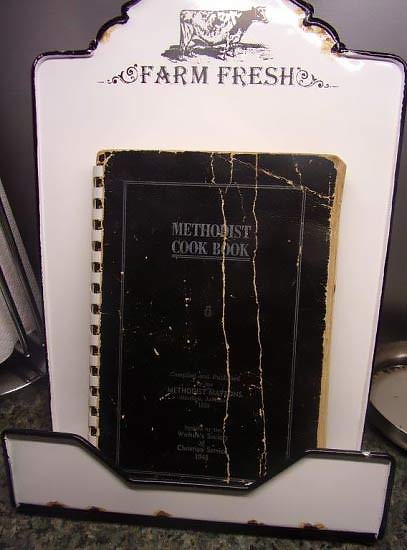 Another honored cookbook I have was also a gift. A very special friend of mine who has no children of her own gave me this book one day. It belonged to her mother and as you can see, there are many pages marked so she could find favorite recipes quickly.

Christine Farmer’s mother was from “high society,” so her cookbook is a world apart from my own family recipes. Growing up, I had never heard of the New York Times newspaper. To me, the Arkansas Democrat was the really big newspaper. Christine said that this was her mother’s favorite cookbook and I have found many terrific gourmet recipes in it. 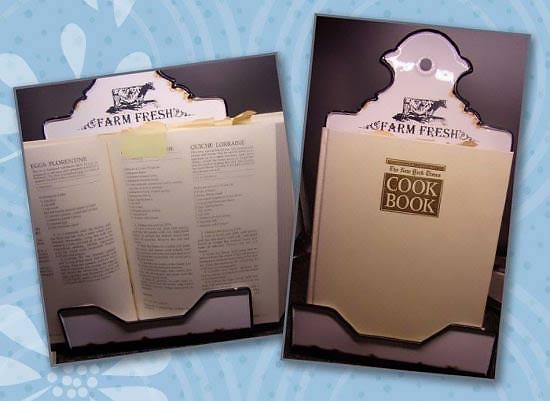 As for myself, my personal cookbook is a recipe card binder. I have three of them now, with different categories in them, but my mainstay is always to be seen in the recipe book holder my daughter Aubry gave to me on Mother’s Day. All my favorites are written down here so I don’t have to scour pages of my treasures when I am in a hurry. It’s quick, easy, and something that will one day be passed down to my daughter Aubry and her two girls. 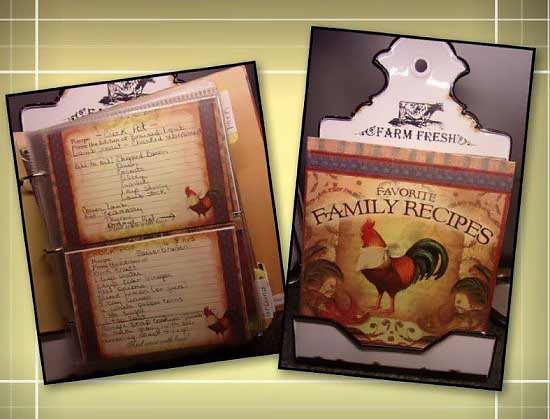 But that doesn’t mean my other books just set on the shelf and collect dust. One of my favorite past times is just to sit down with one of these and pursue the many mouth watering recipes and find something special to surprise Greg with. There is so much to choose from it never gets old.

And each of these books has become an heirloom to pass along to my family. There is something so special about the fact that the same meals are passed down to each generation. Its a sort of unity that we share, even when those wonderful cooks of old have gone on before. They are still with us, in every bite we take.