Knives Fit for a Lady to Collect and Use – Glass Knives 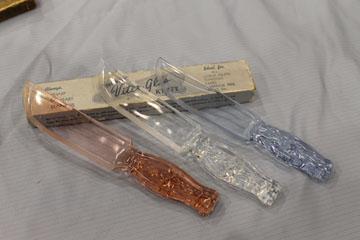 The glass knife I purchased isn’t as sharp as Bennies.  It has quite a few nicks on the cutting edge but standing in the antique store I knew I wanted that knife, flaws and all.  What’s the allure of glass knives anyway?  I can think of various reasons:  They were made in the USA; they are unique and most important for me is the fact that I’m rather an addict for items from the early part of the 20th century. 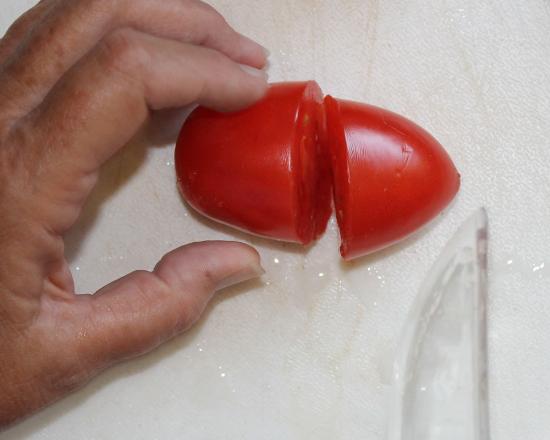 Remember, it was a time before the widespread use of stainless steel.  Acidic foods such as tomatoes and citrus would tarnish carbon blades but not glass.  That was the main selling point for the knives by both the Dur-X Company and Vitex-Glas Knife Company. 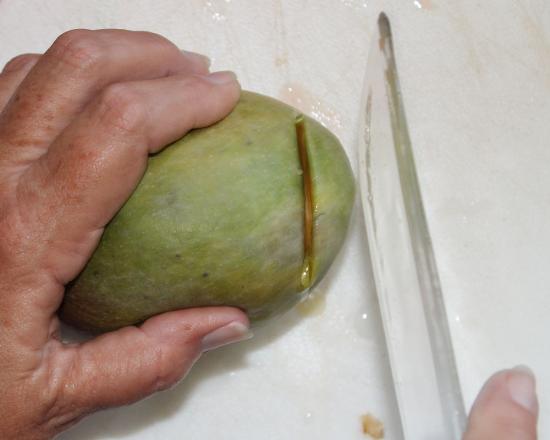 In addition to being impervious to citrus the knives were also said to slide effortlessly through meringues, cakes and Jell-O.  Yes Jell-O!  Don’t you always cut your Jell-O with a knife?  I don’t but you may have different culinary habits.  I’d love to verify the cake, especially angel food cake, theory because no matter what knife I’ve tried I still flatten my angel food cakes when I attempt to slice them.  I didn’t expect the rough edge on my knife to really cut anything. Surprisingly I have to admit it did cut cleanly through the tomatoes and Mango, even the shortcake. 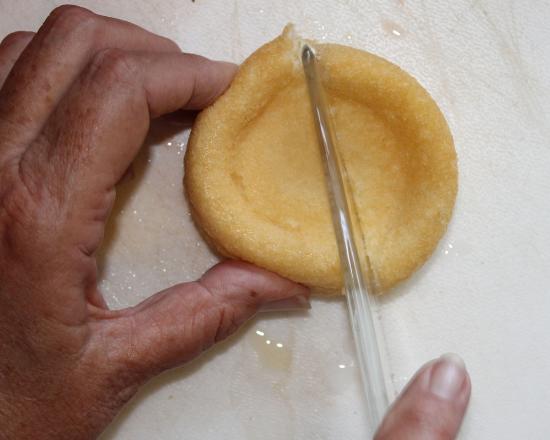 Made from crystal (the Depression era term for transparent uncolored glass) the chief problem with the knives was that they were made of glass.  Instructions tell users to cut on soft wood, never on a metal surface.  Then there’s the inevitable kitchen accident of dropping a knife.  Need I say more?

It has been frustrating the last few years not to have money to spend on frivolous items which brings up the final reason I like the glass knives.  They’re still available, still useful and still a way to collect Depression glass without spending a lot of money.  If you’re interested in having a piece of history a glass knife is a great item to start collecting.  The knives are available in the standard clear glass but also amber, blue, green, pink and white.  Several years ago you’d need to pay $50 for a knife and box (boxes are more valuable than the knives) but today the price has dropped considerably.  I paid less than $10 for my knife and box.  I’m sure the prices will go up one day but since I don’t collect to make money that’s not important to me.  I enjoy being able to hold a beautiful piece of American history in my hand. 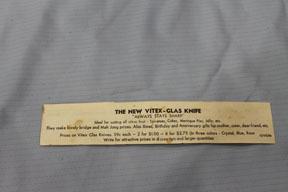