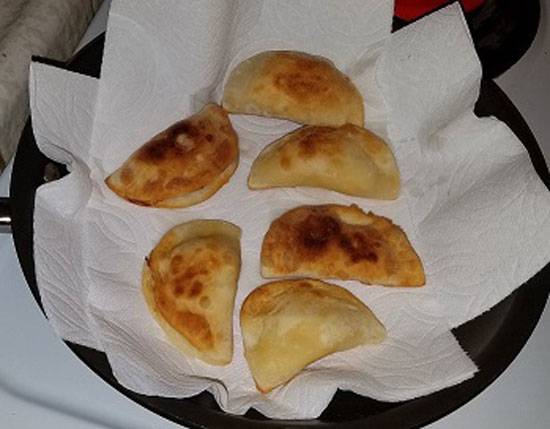 My husband’s family has French on his dad’s side just like I do. They have two recipes that were traditionally made at Christmas that I love, too. They are definitely not haute cuisine. They are substantial, hearty and made for hard work on the farm in winter. Neither one is difficult to make. Both are delicious. One is called “tourtiere” and it is a meat pie that the Quebecois of Canada love. The other is called “torton” and compares to a simple knish. The kids especially love the tortons. My husband says that when his grandmother made them he would stand next to her as she made them and gobble them as they came off the griddle. The torton recipe is from the Gap area of France.

You can put just about anything you want in a tourtiere. Some pies are simply meat and onions. I add potatoes to mine because my husband is a meat and potatoes kind of guy. I also make them in large muffin pans because I add vegetables that I like. The French say “jusqu’à ce que les vaches viennent à la maison,” which means roughly that you can add whatever you like until “the cows come home”!

1. Combine the flour, salt, and baking powder in a bowl. My husband gave me a stand mixer for Christmas last year and, boy, oh, howdy, have I put it to good use. Add the butter and mix it in thoroughly. There shouldn’t be any large pieces of butter remaining. Drizzle in the water until you’ve added enough so it holds together nicely without being sticky. Divide the dough into as many pieces as you will eventually need. Two pieces if you’re making a pie. Four if you’re using four large muffins tins. Wrap in plastic, and refrigerate for 30 minutes. Note: You can make the dough ahead and refrigerate it overnight. If you do, let it warm to room temperature before rolling it out.

2. Put the salt, liquid, and potato in a medium saucepan. Bring the mixture to a boil over medium heat. Boil until the potatoes are fork-tender, about 5 to 6 minutes. Drain the potatoes. Save the liquid! (I always forget!) Mash half the potatoes, leaving the other half in chunks.

3. In a large skillet, brown the meat.

4. Add the onion, garlic, spices, salt, and reserved liquid to the meat, stirring to combine. Bring the mixture to a boil, then lower the heat to simmer. Stirring occasionally, simmer until the liquid has evaporated and the onions are tender.

5. Add the mashed potatoes to the meat mixture, stirring until combined. Gently stir in the diced potatoes. Set the mixture aside to cool.

7. You can use something about 9 inches in diameter: a cast iron skillet or a pie plate. Roll the dough into a round that fits. Place the round in the pan and then spoon in the filling. Mound it up and pat it flat.

8. Roll the other piece of dough into a circle, and lay it over the filling. Crimp the edge. Stab it with a fork for openings to let steam escape.

9. Bake the pie for about 45 minutes, until it’s golden brown. Remove it from the oven, and set it aside to cool for about 10 to 15 minutes before serving.

Here’s a photo of the handwritten recipe from Great Grandmother Aubin. As I found with my Gramma E’s fudge recipe there are no details. So when I made these I used my best judgment. You can, too.

1. Mix flour, salt, butter and oil together. Mixed until it has the texture of bread crumbs. Add 3 whole eggs. Mix thoroughly again. Now add milk to make a non-sticky dough. Drizzle it in slowly so as not to add too much.

2. The recipe says to knead on a floured board until small air bubbles appear. (What??) I have no idea what this means. In my humble opinion, this is a mistake because it passed through too many hands over the years. To make “small air bubbles appear” one would have to knead it until it fermented and that would take days! If any of you have any bright ideas of what this might mean, I would love to hear it! Until I get an explanation, I suggest: just knead it for about 5 minutes and that will be fine.

• 3/4 of a square of cream cheese. I use Neufchatel.
• 1 large russet potato, boiled until fork tender
• 1 small leek or onion, chopped and low-heat sautéed until soft
• salt and pepper to taste

4. When you’re ready to assemble, roll the dough out very thin. Using a large can or cookie cutter punch large circles. Put teaspoons of potato mix on one side of the circle, wet the edge and fold over. Crimp the edge. Let rest for a few minutes covered with a cloth.

Fry in 1 inch of hot fat until crisp and brown. It won’t take long. I use lard or Crisco, but any fat can be used. If you want to use butter use a combo of a little butter and some oil that can take higher heat. That would be Bon Apetit! 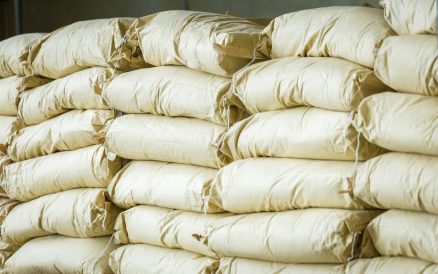