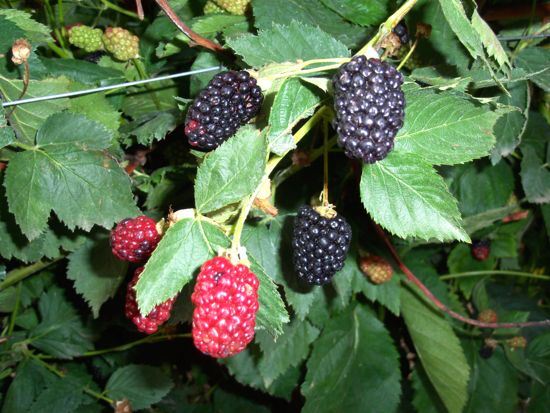 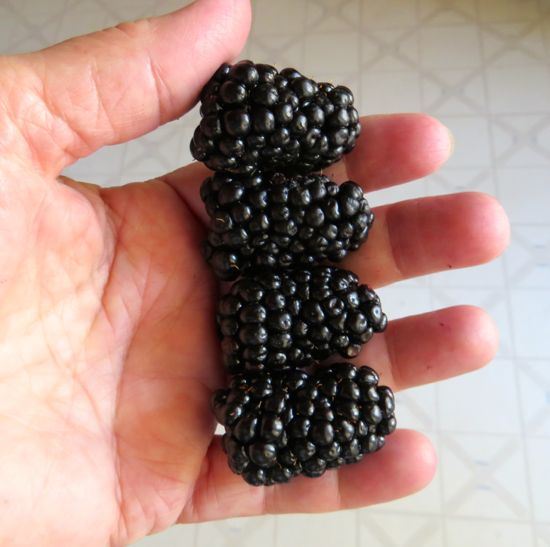 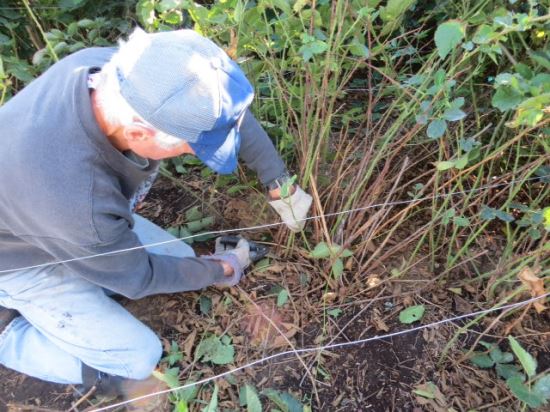 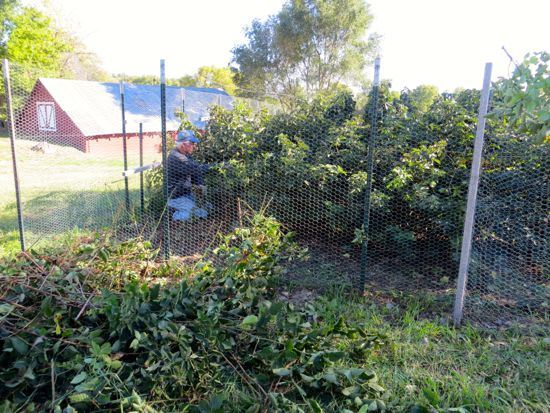 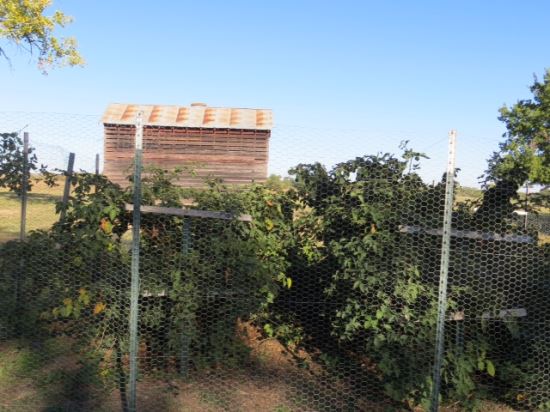 We made a mistake, but, Joel Salatin says, “If it is worth doing, it is worth doing wrong the first time.” OK, but we should have fixed it as soon as we realized the mistake, because, as we all know, “A stitch in time saves nine.”

It started when we planted six blackberry bushes with thorns and three thornless Ouachita. The thornless bushes produce abundant large blackberries, as many as we need for smoothies, while the others produce a few piddly berries that aren’t worth getting poked for.

They are large, abundant and easy to pick.

We meant to remove the bushes with thorns several times, but didn’t get around to it until this fall. Those six had multiplied to 56. Wow! Yes, it was even worse than the proverb about stitches. (6X9 is 54)

Poor Larry had to pay for both our mistake and procrastination. In the above photo, he is clipping off the canes. If you remember, this summer, I had back surgery and with all the extra work Larry had to do, the regular removal of dead canes didn’t get done.

I was so thankful to be of some help and working together again as Larry handed the canes to me and I threw them over the fence. We had previously removed the netting over the bed for the winter, making it possible to do. The following day, he dug out the roots of the 56 bushes. Luckily, the thornless didn’t spread as much, but next spring, we’ll dig up a few of their canes to replace the others, or perhaps, plant a different type of berry. Do you have any suggestions?

Here is a photo from the front of the bed. Thankfully, I had planted the thornless in the front so we wouldn’t get tangled up in the walkway while going to the two rows of raspberries planted on the right. We felt very happy to have finally tackled this job that had been hanging over us.

So, learn from our experience and don’t plant blackberry bushes with thorns. Also, here is a pertinent quote for all of us by Elizabeth Gilbert who wrote “Eat, Pray, Love”: “You must be very polite with yourself when you are learning something new.” Isn’t that a good thing to remember? That means I shouldn’t say to myself, “Mary, you dumbhead!” Or, as my friend says to herself, “Roxy, you idiot.” I’m sure these expressions are foreign to all of you, though! Ha!

Enjoy this late fall weather, and remember to be kind – even to yourself!

Actually, the above measurements are approximate as I never measure, but just dump everything in the blender. Believe me, this smoothy tastes just as good or better than any you can buy. 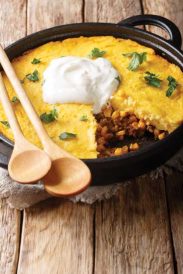 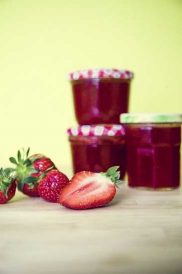 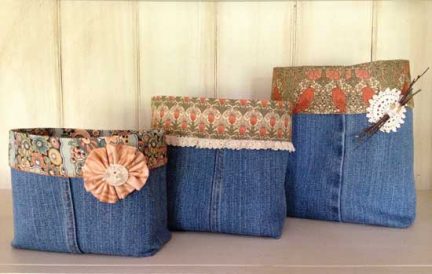