There are two mantle clocks in my family, one from the Honeyman side and one from the Powers side. The Honeyman clock came to me from my mom, and I remember it setting on the mantel of Grandmother Honeyman’s apartment that she shared, late in life, with her brother Judge Fuller. The clock belonged to the judge. It is an Ingraham Mantel Clock that was built in 1928. Elias Ingraham was known for his clock case designs and did have a number of patents. The company survived until the 1960s but discontinued the mantle clocks during World War II. 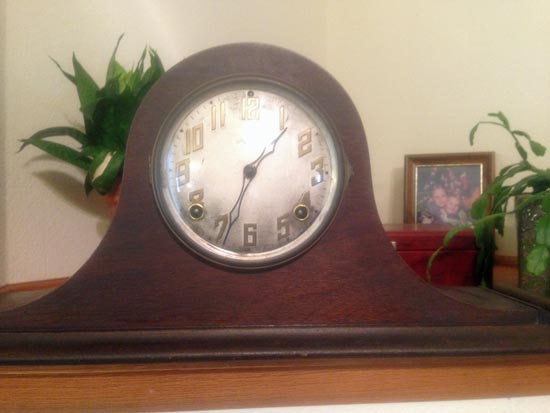 My mom also passed to me a “Cockoo” clock that traveled home to Kansas with her brother, Bob Honeyman, who was in Germany during World War II. 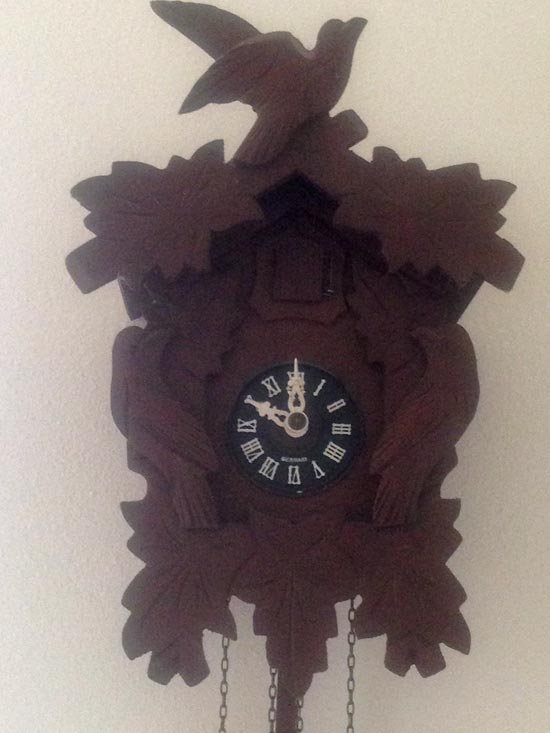 The mantle clock traveled the world with me for the last 40 years, from Kansas to California, and then four years ago, to Minnesota. Despite all these moves, it has been mostly reliable. I can remember trying to make sure that it is level and wind it but not too tightly. My mom had passed on that basic information, but I must admit that was the extent of my clock knowledge. I love to hear it in the background as I go about my daily routine. It is in my home office and keeps me in tune with time in a general sense. The sound of the chime is described as Bim Bam and sounds only at the half hour and hour. I have always loved chiming clocks. They remind me of spending time at Grandma Honeyman’s.

I acquired the second Bim Bam clock about one year ago. It is a clock that used to sit on my husband’s Grandmother Odetta’s buffet. I first remember it when we were dating back in the late 60s. When Odetta passed, it went to my husband’s Aunt Ruth in Missouri and when she passed it came to me. This second clock was in several pieces but I was blessed to receive both the clock and the buffet that had been Odetta’s. This second clock is a Gilbert mantel clock built in 1927. 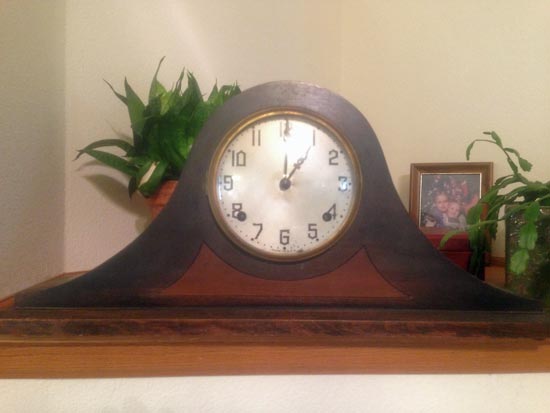 Mantel clocks were first made in the mid-1700s in France with the English following close behind. At this time, the hearth was the hub of the house where everyone gathered to keep warm. The clocks were designed to bring interest and grace to the mantel.

According to ehow.com, “Mantel clocks were first made of copper or tin and then wood. They were later made of porcelain, glass or marble. All were handmade and expensive. … Basic mantel clocks are designed in a ‘tambour’ structure. These clocks have a round clock face housed inside a wooden drum. The structure is supported by a wide base often constructed from wood or leather. Variations on the tambour design include ‘beehive’ mantel clocks, which have an elongated head shape and arched-top mantel clocks, which have a more pointed, arch-like finish than tambour clocks.”

When I got Odetta’s clock, I thought that it might be time to service the Ingram clock and also put the Gilbert clock back together.

I was fortunate to find an excellent clock person in St. Peter, Minnesota. He did a complete overhaul on both clocks and also imparted general information about the clocks and how to care for them. I learned more about winding them correctly. He said that if I pick two days each week to wind I will be less likely to forget, and if I travel, stop the clocks rather than letting them run down and stop. He indicated that they should come in for general maintenance and to be oiled in seven years.

I have been thinking of passing the Bim Bam clocks on to my daughters. History is meant to be a living thing. As their children grow up, they will hear the gentle chimes that have been heard by our families for several generations.