Tuning Out and Turning Off

There are things that we must all learn when it comes to living the country life, homesteading, getting off the grid, and so on. Many of us find that there are innumerable resources, from books to websites and everything in between, detailing the intricacies and how-to of daily life and we become overwhelmed. For a lot of us things don’t seem quite as simple as they eventually reveal themselves to be, whether it’s raising chickens or growing a garden. All of these things are easy enough but we are bogged down with information in our attempts to “get it right” and that’s where tuning out the noise comes in handy enough to be a literal lifesaver, if not for you, for your animals and plants.

When we first started out on our own the natural first step was to start raising chickens and plant a garden. It sounded fun and rewarding plus there was the added benefit of feeling like we were practicing a small bit of self-reliance. It wasn’t until we started doubting ourselves that we first ran into the trouble that plagues so many other like-minded people. This trouble all starts with the millions of questions we have about how to do things, do them right, and do them well.

Naturally, in this day and age, rather than seek out the advice of elders who know a thing or two and have done things themselves for ages, we sought out the helpful advice of the Internet and, specifically, random strangers in forums from various websites. Now, it isn’t all bad, so don’t get me wrong. If it wasn’t for the Internet I wouldn’t know a flipping thing about Paul Wheaton. Heck, if it wasn’t for the internet I wouldn’t have been able to purchase half of the baby chicks that are now a growing part of our flock.

Anyway, let’s get to the grit of the matter. We got our very first chicks at a local farm and ranch store. You know the kind; they have bins full of chicks of different varieties and you’re confronted with so much cuteness and your brain starts coming up with scenarios where you can have them all, so you naturally pick out what you feel in your gut are “simply the best” from among the bins. Then you pick up what will inevitably be the smallest and most expensive bag of starter feed, an over-priced plastic feeder and waterer, and maybe a heat lamp because, you never know, those small chicks might need something akin to the surface of the sun to keep themselves warm while you play with them inside of your heated house.

Once you have your basket full of chicks and goodies you get home and setup shop with your new family of feathered friends, but wait!One of them is moving a little slow so what do you do? You go straight to the computer and start hunting. It turns out that your chick might have Marek’s disease, worms, or some other parasite. Better isolate the little guy so he doesn’t contaminate the rest of the chicks because, as a member of the forum you are visiting mentioned, “One time I had a million chicks die instantaneously and it turned out that it was caused by ink on the cardboard box I had them in, combined with the wind direction from my ceiling fan, coupled with the negative vibrations I was putting into the environment because I drank coffee after 8pm!”

So you start researching more and more and you keep finding horrible things that might possibly be going on. You know that it has to have happened to someone else because these are chickens, after all, and humans have been raising them for years. Someone has to know the remedy!

This is the beginning of what I call “extreme Internet overload” and I think we’re all probably a little guilty of it. We mean no harm but we’re so afraid that we’re going to kill everything that we touch that we start to rely upon search results to guide us in our efforts to do this or do that.

Ultimately, we get through those first few weeks, having hypothesized that our chicks have every disease and disability on Earth, and they start to grow into adult birds. We go through the same thing as they mature, thinking hens might be roosters, or that there’s a magic cure for the annoying and loud crow of a rooster. “Is there any way to stop a rooster from crowing? How can I prevent my rooster from mounting the hens? What does it mean when a hen makes loud noises like a rooster? Are they all going to die? Can I eat an egg that’s been under a hen for a couple of hours?” And on and on we go, contemplating every action of our chickens until we reach a point, a really great point, when we realize that this whole chicken-raising business is the easiest thing on Earth to do and we never needed to worry to begin with. But how else would we have learned, right? Without going through the experience on our own we would be just as clueless as ever.

So, I say we just go with it. Stay away from the chat rooms and message boards because it’s like trying to diagnose your own medical issues online. Five minutes of browsing WebMD and you suddenly realize that you have cancer combined with Ebola and if you don’t do something soon you might also contract a rare African virus that only three people have ever had.

The same goes with gardening. I remember when I first went outside with a shovel and hoe to start working the soil. I made a great garden bed and felt it was going to produce a large volume of food for my wife and me. Boy was I wrong!When I visited a website asking what plants were suitable for my climate, I couldn’t just visit the agricultural extension office or their website (or even give them a quick phone call); I had to go to the most obscure website I could find only to see that everything I wanted to plant would either die immediately or wouldn’t produce at all unless I applied this technique or that chemical or said these magic words or sang that special song. I was doomed!

Needless to say, after fretting through the first growing season I realized that it really was as simple as throwing seeds on the ground, watering them, and waiting for nature to do what it does best. I stopped visiting the websites after that.

Now that it’s been a few years I find that I no longer rely upon those same websites or books; rather, I invest in manuals that have practical information in them, like design ideas for coops or trellis ideas for a garden. No more questioning what I’m doing. It has been a relief and it definitely builds confidence when you don’t have to worry constantly about the millions of things you’re potentially doing wrong and can focus on what you actually did right.

I always try to give out a few key pieces of advice when someone asks me about raising chickens or growing food.

1. It’s easy. No matter what you think might be going wrong, chances are the chickens or the plants have already dealt with it in their lives, or have at least evolved in such a way that they can handle it. If cold weather really endangered chickens, why, we wouldn’t have any left!

2. Don’t listen so much to what the worriers have to say.More than likely, those oddball examples of how everything went wrong were the exception to the rule. If every chicken ever hatched managed to burst into flames and explode when you looked at it, people probably wouldn’t waste their time raising them. And remember, most of what you end up reading is from people starting out just like yourself, so you’re essentially reading the panic and fear of others instead of getting good old-fashioned knowledge which you can easily find by interacting with the chore at hand, whether it’s your flock or your garden. There is much to be said for observation and patience.

3. Don’t overwhelm yourself. If you are just starting out, try only a few chickens or a few plants. It might yield more than you thought.

5. Stay away from the Internet unless you truly have a unique situation. You’ll thank yourself in the end because you’ll save countless hours of hypochondria and worry on behalf of your time and efforts.

In the end, nothing beats experience and I can attest to that. I have spent many hours of my time thinking the worst only to find out that nothing was really wrong in the first place. I thank the people in those forums who helped me out because in the end what I learned was the same thing that they had learned, over and over again, which is simple: “Everything’s fine. Don’t worry. It’s going to be all right.” 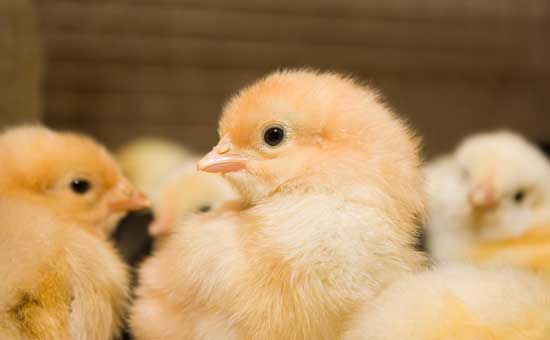 A biography of Brandon Dinsmore

Daily lessons taught by your goats and how to best serve those goat lessons. 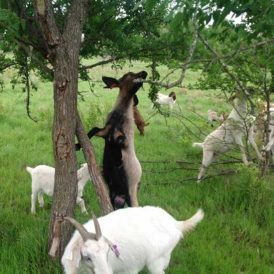 Stages of a Homesteader

The stages of a homesteader and how we go from obsessive interest to peaceful stability. 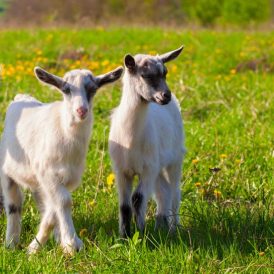