Hit the Road and Head to Brenham, Texas 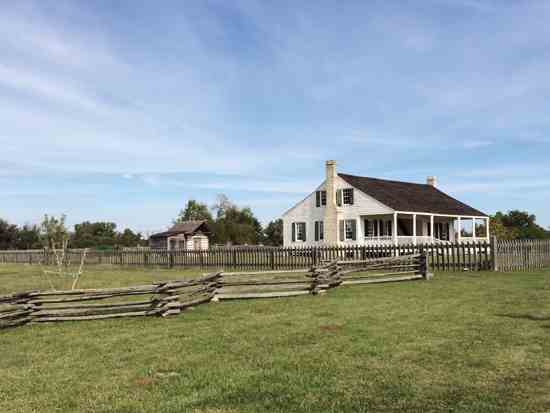 The Barrington Living History Farm features the restored 1844 home of the last president of the Republic of Texas.
Photo by Karen K. Will
2 / 15 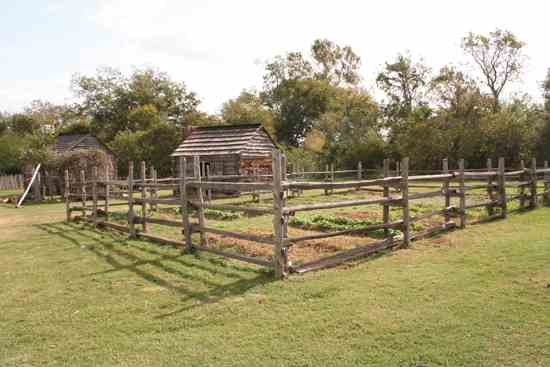 A working vegetable garden at the Barrington Living History Farm.
Photo by Karen K. Will
3 / 15 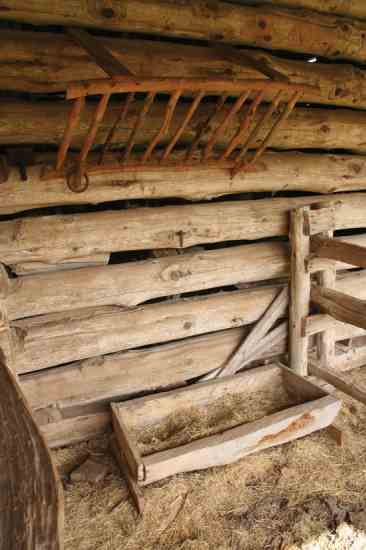 The feed troughs for livestock at the Barrington Living History Farm.
Photo by Karen K. Will
4 / 15 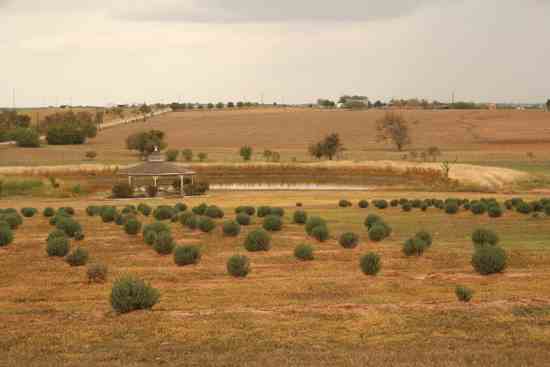 A gazebo at Chappell Hill Lavender Farm lets visitors enjoy the beauty and fragrance of the farm.
Photo by Karen K. Will
5 / 15 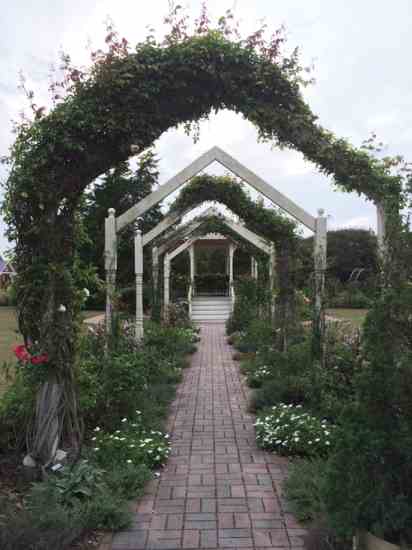 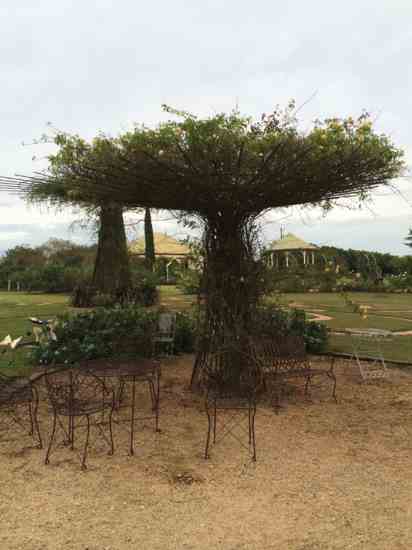 A beautiful rose sculpture on display at the the Antique Rose Emporium.
Photo by Karen K. Will
7 / 15 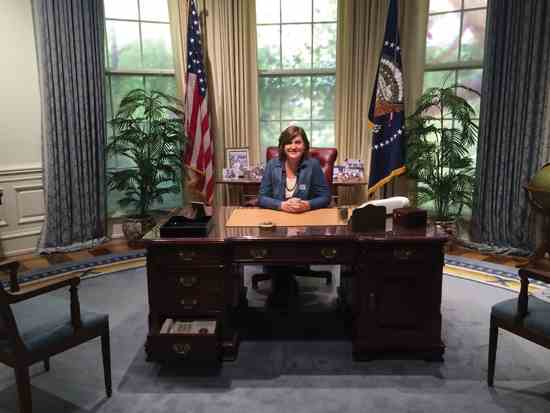 The author looks comfortable in this replica of the Oval Office at the George Bush Presidential Library.
Photo by Karen K. Will
8 / 15 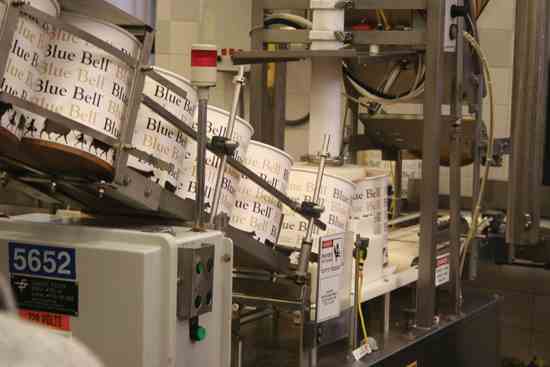 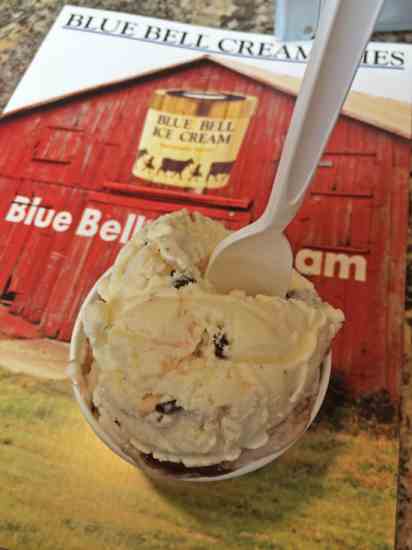 A sample of the goods at Blue Bell Creameries. There are about 60 varieties to try after the tour.
Photo by Karen K. Will
10 / 15 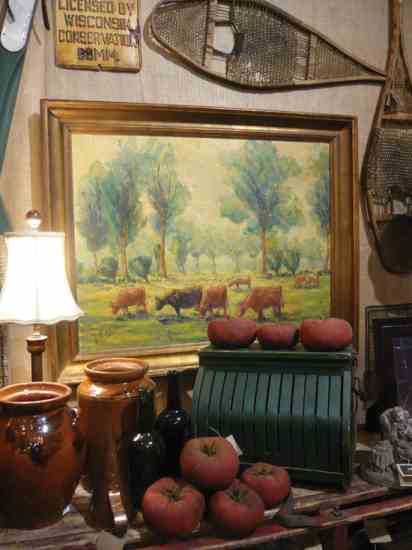 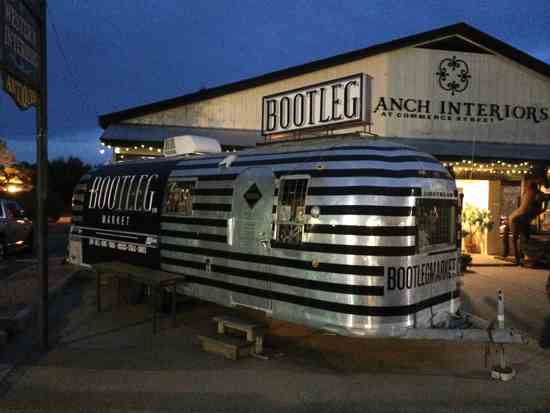 Bootleg Airstream is a traveling shoe store.
Photo by Karen K. Will
12 / 15 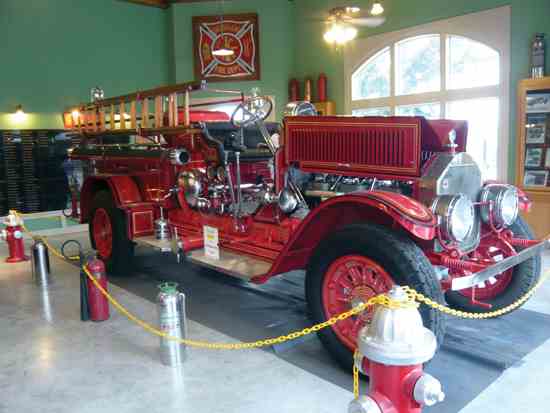 The Brenham Fire Department Museum is home to the restored 1923 American LaFrance fire truck, “Samanthe.”
Photo by Karen K. Will
13 / 15 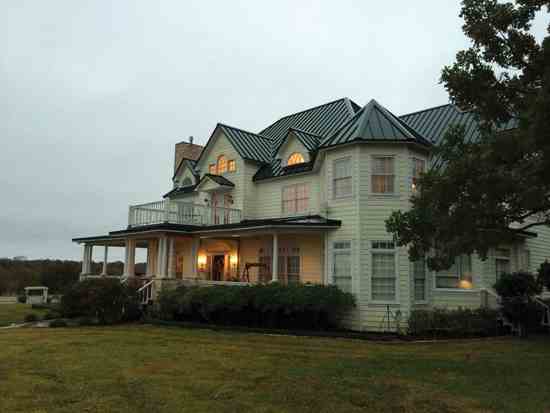 Lillian Farms Country Estates, near Brenham, Texas, is a beautiful and cozy bed and breakfast.
Photo by Karen K. Will
14 / 15 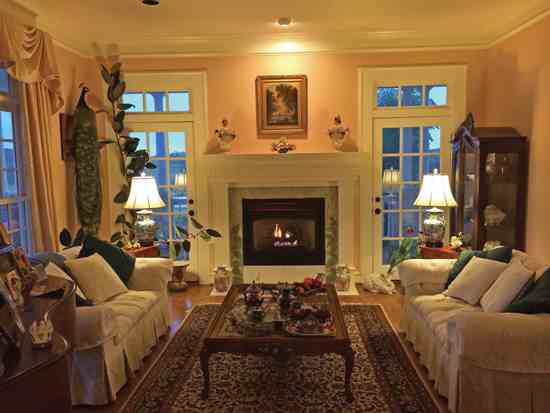 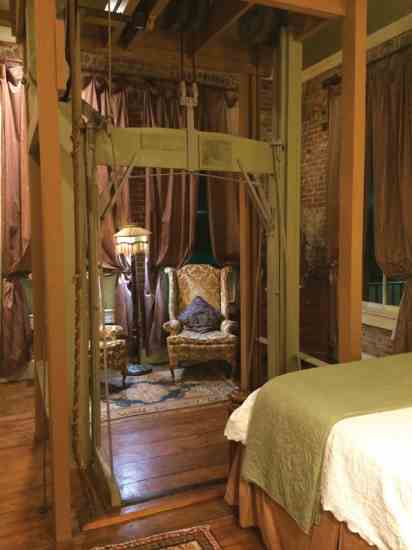 Rooms at the Ant Street Inn feature a combination of antique furniture with modern technology.
Photo by Karen K. Will
❮ ❯

Summer is the time to hit the open road and go exploring … with or without the family. No need to book a flight! Lots of fun and culture awaits in all the nooks and crannies of our country – and if you’re into small towns and country experiences, the vacation won’t necessarily cost you a month’s wages.

With that idea in mind, I recently toured a little piece of heaven in Washington County, Texas, known as “the birthplace of Texas.” Located about halfway between Houston and Austin on Highway 290, the small town of Brenham is known as “National Main Street City,” with a historic downtown. Loaded with independent boutiques and antique stores, cafes, museums and surrounding small farms, Brenham is a destination worthy of a few days of your summer vacation.

Here are a few things you’ll want to add to your itinerary.

Learn why Washington County is known as “the birthplace of Texas” (hint: It’s where the Texas Declaration of Independence was signed in 1836). The Star of the Republic Museum is also on the grounds, and hosts a number of interesting displays from the early days of Texas, from Native Americans to German settlers and Mexicans.

Another point of interest on the grounds is the Barrington Living History Farm — the restored 1844 home and farm of Anson Jones, the last president of the Republic of Texas. Here you’ll see all kinds of interesting homesteading artifacts from more than 150 years ago, including heritage livestock, poultry houses, a vegetable garden, a smokehouse and a tack shed. Re-enactors encourage you to participate in working the farm by helping feed the chickens or pigs, or helping plant or harvest crops as the season and weather permits.

Summer is the perfect time to visit this fragrant farm that features more than 3,000 lush lavender plants and a breathtaking view of the country. Stroll through the rows of lavender and pick your own bundle, then sit and relax in the gazebo with a cool glass of delicious lavender lemonade.

Don’t forget to sample some of the handmade lavender products in the gift shop, including soaps, creams, coffee and chocolates, while visiting with owners Jim and Debbie McDowell, who love talking all things lavender and telling folks how they got started with this peaceful farming enterprise.

If you’re a flower gardener, then you may be familiar with this popular mail-order nursery located on eight picturesque acres near Brenham. Hundreds of varieties of old garden and antique roses, many lost or forgotten early Texas varieties, are on display, in addition to native plants, a wildflower meadow, and dozens of interesting displays and greenhouses dotting the grounds.

Grab a wagon and load it up with your favorite roses to take home and plant — roses that are actually hardy and low-maintenance. Choose from roses that climb, ramble, trail, or form bushes large or small.

Located in nearby College Station on the campus of Texas A&M University is this world-class museum that offers a glimpse into the personal life and career of our 41st president, George Herbert Walker Bush. Recent renovations have revealed replicas of the “Situation Room” and the Oval Office — the only replica that visitors can walk into and take a photograph in the seat of power.

I especially admired the exhibit featuring the “Gifts of State,” displaying all kinds of ornate baubles given to the first couple by heads of state from all over the world, including a solid-gold palm tree and a mother-of-pearl encrusted Bible.

Take a break from the summer heat with a behind-the-scenes tour of this favorite ice cream factory that started in Brenham. Opened in 1907 as the Brenham Creamery Co., today Blue Bell Creameries is the third largest U.S. ice cream seller with about 60 varieties, all available for sampling after the tour.

Why is it so good? Blue Bell officials say they buy their milk, cream and eggs fresh from the farmers around Brenham, and then “mix in our secret way of making homemade ice cream.” Though Blue Bell has grown quite large and successful, it manages to retain its small-town roots and personality.

Listed on the National Register of Historic Places, charming downtown Brenham features more than 40 shops, antique stores and art galleries, as well as a farmers’ market.

Of note is the Hermann Furniture store on Alamo Street, the oldest furniture store in Texas, which offers an eclectic mix of old and new housewares; and Bootleg Airstream, a little shoe shop in a restored Airstream trailer parked on Commerce Street, directly across from the Ant Street Inn. (Note: Apparently this is a traveling shoe shop, so there’s no guarantee it will still be in Brenham when you visit.) You’ll love the vintage cowboy boots and the brightly colored high heels alike.

Located in the historic 1916 Schuerenberg Blacksmith Building on Commerce Street, this cool cafe in downtown Brenham features a diverse gourmet menu — pumpkin burger anyone? — in a funky artistic setting.

The museum was built to house “Samanthe,” the department’s pride and joy — a completely restored 1923 American LaFrance fire truck, which was purchased brand new by the Brenham Fire Department. It is one of three surviving trucks (only 31 were ever made), and it still has its original engine.

The museum also houses “Invader,” a restored 1950 American LaFrance truck used by the department for many years.

The historic Ant Street Inn is a boutique hotel located right downtown on Commerce Street. All 15 stunning and unique rooms ? each with a different theme based on a city — feature antique furnishings, oriental rugs and stained glass, while at the same time offering 21st-century flat screen TVs and beautiful bathrooms.

The Southern Rose Ranch Bed and Breakfast, located near Brenham, in rural Chappell Hill, offers beautiful grounds, livestock galore, and friendly dogs that greet you upon arrival. With only two guest suites, which are separate from the innkeeper’s home, the experience is private — each suite has its own kitchen and bathroom — yet personal.

Also located near Brenham in Washington County is Lillian Farms Country Estates, another charming bed and breakfast. Named after innkeeper Barbara Segal’s mother, Lillian, there are guest rooms and suites, as well as private cottages for the introverts among us. The beautiful house and grounds, as well as Barbara’s true Southern hospitality, will warm your heart.

Karen K. Will is editor of Heirloom Gardener magazine, and co-author, along with Editor-in-Chief Oscar H. Will III, of Plowing With Pigs and Other Creative, Low-Budget Homesteading Solutions (New Society Publishers, 2013).

Let Your Fingers Do the Walking