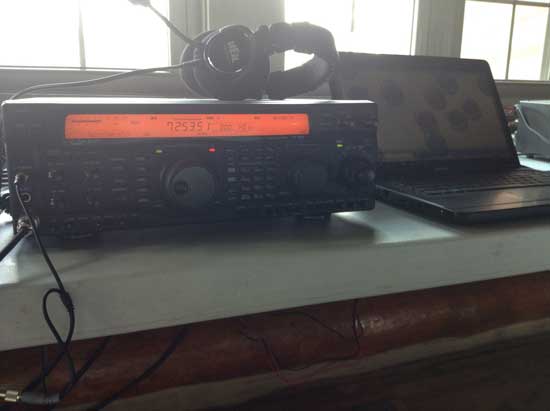 One of the amateur radios that the Macon Country ARC used during the 2015 Field Day.

Since I became a blogger for Capper’s Farmer in March 2015, I’ve blogged about a few things. Memories of my childhood, my pets and my antique tractors, just to name a few. This blog is about another hobby that I’ve yet to talk about, amateur radio.

I occasionally baffle the younger generation when I ask them what the original social media is. To them, tablets, smartphones, Facebook, Instagram, Periscope, Twitter and all the other social media platforms are all they know. It’s been in their lives since the day that they were born. If you are a young person, think about it. Social media did start somewhere and still exists, even if you don’t really recognize it. 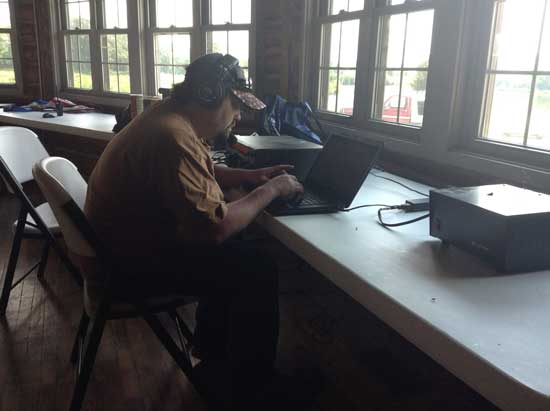 Amateur radio has been around for about 100 years. Longer that that if you include the age-old invention of the telegraph back in the 1800s. Radios at the turn of the last century, took up a quite a bit of room in your home. The ones that you could put in your car took up a good portion of the front seat, or so I’m told. There’s probably a few old timers that remember that. In its early form, you were good to be able to talk to your buddy just down the block. They evolved though. Back then, even as today, you can connect someone that’s in the next town to someone on the other side of the world. Not bad for a hobby that started out with tubes in the radios.

Today’s radios take up far less room. Analog radios are still in use, digital modes like RTTY and PSK 31 are just as popular. The hobby has gone from radios with tubes in them to radios that can be hooked up to a computer and a solar panel for power. You can sit down and work digital, FM, SSB, or bounce signals off of the moon. If you’re up to it, you can make contact with the International Space Station.

Yes, some of the radios can be on the expensive end. Some are reasonable. My Baofeng handheld cost me about $40. I can work 2 meters and 70 centimeters with it. My Alinco 2 meter handheld cost me about $120. The Yaseu FT 817 is a 5 watt portable transceiver that lets me work band from 70 centimeters up to 160 meters cost me about $600. The prices do go up from there, but don’t let it scare you. Once you get your Technician license, you can get a reasonably priced handheld from Amazon or one of the ham radio vendors. Or if you like me, I had an “elmer”, Dale, k0ky, that loaned one to me until I got one of my own.

Morse code is alive and well. Even though you no longer need to know the code in order to pass the exams, there are ham radio operators that love to use it. You can find plenty of apps from the iTunes store that can help you learn it. I am sure you can find them for your Android device as well. Learn it well enough, and try it out!

Amateur radio (also known as ham radio) isn’t just a social thing. In times of need, “hams” have helped. It may be when bad weather has hit, taking out all other means of communication, hams have come to help relay messages and communication. There are those associated with SKYWARN and the National Hurricane Watch that are licensed ham operators, assisting the weather service. Then there’s those like me and other local hams who donated our time at checkpoints during the Bicycles Across Missouri ride, whether it was making sure they had water if they needed it at the checkpoint or helping them with any questions that they had once they reached their daily destination. 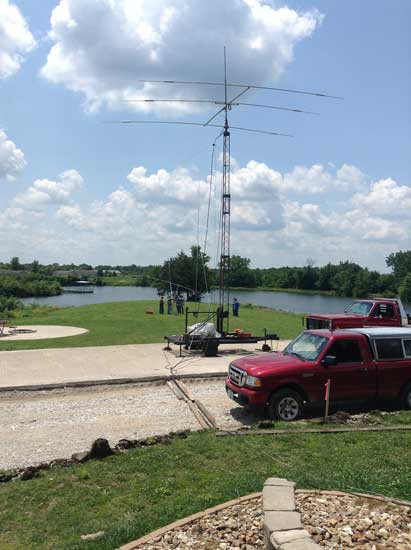 Antennas set up during the 2015 Field Day.

I write this blog at this time for a reason. This weekend will be the 2016 Field Day. Individual hams and ham radio clubs will operate for 24 hours straight to see who can make the most contacts. This is a good chance for anyone who is interested in Amateur Radio. but not yet licensed, to find out more about this hobby. To find if anyone will have a Field Day operation in your area, or to find out more about the hobby in general, go to American Radio Relay League. Please feel free to also check out these links as well, Facebook and Macon County ARC. 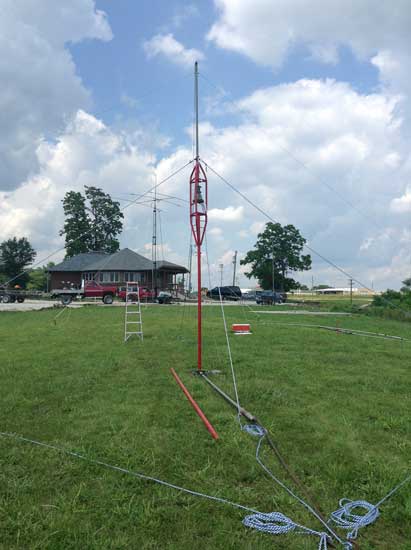 Opposite view of antennas.