Arrowhead Hunting With My Dad 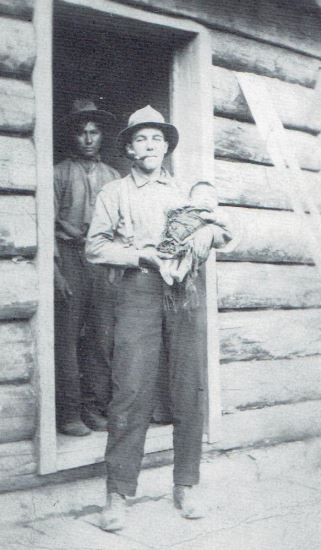 My dad was born in Canada near the border of Quebec and Ontario by the Ontario River. As a youth he and his dad, who was of French Voyageur descent, would go out in a big canoe to fish for sturgeon on the mighty river. My grandmother would stand on the bank and wave and weep because she was afraid of the river and she wondered if she would see her husband and son again. The canoe was so wobbly and the river so big! But they always came back, and this was the beginning of my dad’s romance with Native American culture. He had been given a little Indian headdress and bow and arrow by a relative, and he went to sleep wearing the headdress and holding the bow every night. In the area he lived, there were many Cree Indians, and he learned from his father and the local tribe many important lessons. Fishing and hunting was all part of that knowledge.

Then the family moved to Ohio. My grandfather had been in a logging accident and he could no longer make a living for his family so he took work as a machinist in the steel mills of eastern Ohio. But the way they lived in Canada was not abandoned, and they continued to hunt and fish in the woods, streams and lakes nearby. When my mom and dad married, they eventually settled in mid-Iowa. My dad took up flint napping and hunted deer with bow and arrow.

In the spring a hard rain would wash a newly plowed field so you could more easily see rocks and other objects including points and flint. A friendly farmer would allow my dad and me to come and tramp around getting what I called a “big mud foot.” The farmer asked us to respect any new growth corn and then we were welcome to see what we could find.

My dad taught me. He said, “Scan the ground around you and a few feet in front. Use ‘soft eyes.’ Don’t look hard. Just look for a shape or an object that doesn’t fit.” We’d do it on a cloudy day when there wasn’t any glare from the sun, but we’d go on clear days, too. We’d walk back and forth and up and down the rolling hills trying not to miss anything by looking from different directions.

He knew some good spots because over the years he had made friends with farmers through deer hunting. We searched on hills near natural streams, rivers and springs. Native Americans had made their camps near these bodies of water because game was plentiful there. They were logical places to make your points and then lose them if your shot went wild or if the wounded animal got away.

When we’d find something, he’d hold in it his hand like he’d found a lump of gold. He’d say, “The part I like best about this is picking up an object and thinking about who held it the last time.” He said, “It fascinates me that I’m holding an object that is hundreds of years old. The last person who held it probably was the person who made it. And now I’m holding it.” 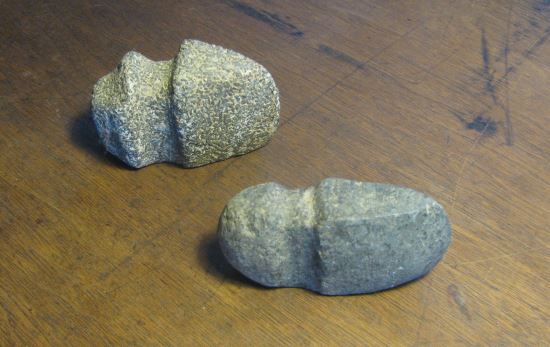 There was one time that I found something really special all on my own. I’ll never forget it. The day was clear with fair weather cumulus cloud streets above. There were hawks wheeling over head, too. I whistled at them and they whistled back. I looked down and there they were. These beauties at my feet. And then my dad’s words echoed in my mind.

In my imagination, I could see a man standing on the bluff above the river looking for something and then turning away. He had lost his axes and had given up. Now we were connected because I had found what he had been looking for. A part of this stranger’s life lived on in his handmade tools. I’ll never know him personally but he’s here nonetheless. I hold them and I think about this person. My dad is gone now, too, but he lives on in his words that echo in my mind. I’ll tell this story to my children, and the past and the people we love will live on. The time machine is in our heads.