Several years ago while I was at work, my husband and my mother-in-law walked up to the upper portion of our farm to check the spring box. Unfortunately there was a surprise waiting for them, an underground yellow jacket nest hidden in the tall grass just a few feet from the concrete spring box. Both of them incurred multiple stings, including many on their upper torsoes and heads.

By the time they ran, walked and stumbled down to Mary’s house, she was feeling a bit strange so Zack drove her (somewhat above the speed limit) to the nearest emergency room about 20 miles away in the next town. While she was receiving treatment, in the waiting room, my husband started having chest pains and difficulty breathing. He ended up requiring a shot of adrenalin and was sent home with a bee sting kit.

I’ve never had trouble with bee, yellow jacket, or wasp stings, at least not until last week. I had parked the car and was unloading groceries when I felt a sharp burning pain on the middle finger of my right hand. A large honey bee clung there, its stinger stuck fast in my top finger joint. I shook off the bee and then removed the rather large stinger that had a small gob of bee tissue on the end. I have read that this is the bee’s venom sac.

As I said, I’d never had much reaction to stings so I continued unloading the car, occasionally blowing on the finger which felt like it was on fire. About twenty minutes later I realized my finger had begun to swell and was already inflamed. Assuming this was typical of a bee sting, I ignored it. Within a few hours, the finger was twice its normal size and the swelling had begun to spread to the top and palm of my hand. I finally followed my husband’s and son’s advice and coated the finger in a thick baking soda paste. It felt cool and the itching and pain eased up a bit, so I did this several times that evening.

Next morning, the entire hand was swollen down past the wrist. Did I call the doctor? No, it was Saturday and I was determined that I was not going to the Emergency Room for a bee sting. Yes, I know they can be dangerous, but I was suffering from the old, “It won’t happen to me” syndrome. Besides, I have this bizarre fear of being thought a wimp. So I did the most logical (HA!) thing and sent out a plea on Facebook asking for home bee sting remedies.

I must admit that more than a few of my FB friends said “GO TO THE DOCTOR,” but I decided that the home remedies would do the trick — the suggestions were numerous from my own baking soda paste to unseasoned meat tenderizer paste (just mix baking soda or meat tenderizer with enough water to make a thick paste – also you can use a combination of both). Several folks said that Preparation H works, while one person said that, as strange as it sounded, toothpaste helps. One down-to-earth person said that the best treatment is ice packs for 20 minutes at a time.

Well, I did find relief, but in all honesty, I couldn’t tell you with any certainty what did the trick because I basically tried them all except for Preparation H. I will say that the meat tenderizer paste felt the best – very cooling and it relieved the awful itching. (My husband reminded me that when he had his own “stinging” experience, the ER doctor told him to keep unseasoned meat tenderizer on hand.) The ice packs also helped the itching some and reduced the swelling. I have decided that I will tell my doctor what happened — I even have pictures (see below). Lastly, if you have a serious reaction to a bee or wasp sting, the best thing would be to seek medical advice. After all, statistics show that more people die from bee stings than from snakebite. 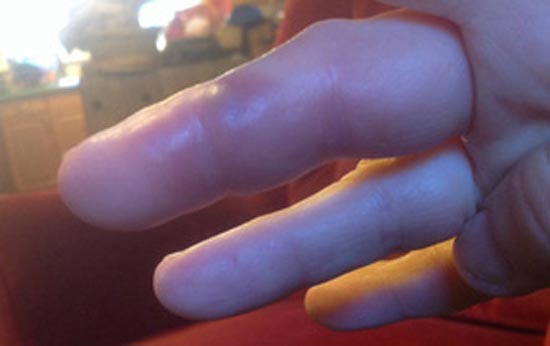 Living in the country does have its risks. Yellow jackets are quite common as well as other stinging creatures. We do have rattlesnakes, but though we lost a lamb to snake bite several years ago, we seldom encounter rattlesnakes. But then life everywhere has its dangers, right? When I visit friends in the city, I can’t help but wonder who’s in trouble when I hear the fire, police and ambulance sirens all night long. As for me, I’ll take the dangers of country living any day over the hazards of city living, not to mention the absence of the wild beauty we enjoy here.

Before I close, here’s a funny song for those of you old enough to remember Perry Como. (Be forewarned: it’s a “groaner.”)

When you wade in the sea

and an eel bites your knee, 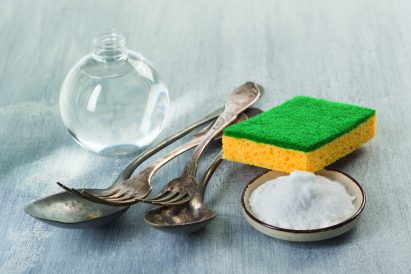 This Buttermilk Syrup Recipe will be a favorite pancake topper before you know it. 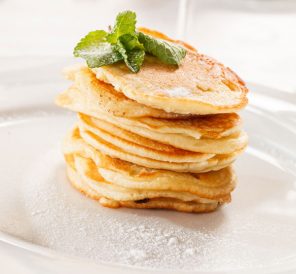 Freshen Up Your Home Naturally

Natural solutions to help you have a clean and fresh home. 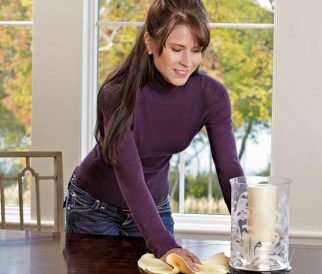