Just the other day, I found myself doing something that I hadn’t done in years. I took a ride in an old farm truck. 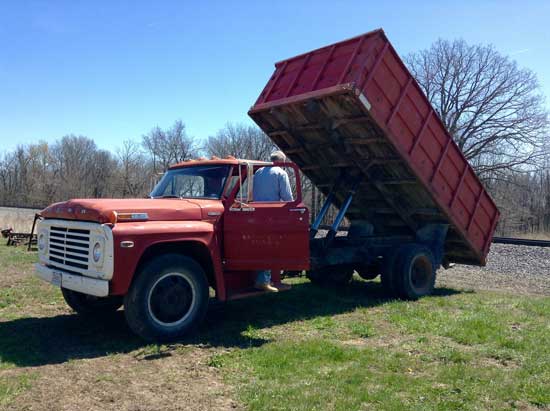 The truck in question was a 1972 Ford 600 grain truck. As with any old truck, it has a few kinks that need to be addressed. With that being said, it is a nice, solid truck. No windows broken, the doors open and close real good, the original seats looks almost brand new. The engine runs real good too.

I don’t remember what brand my grandparents’ grain truck was. The one I do remember was their old gray GMC pickup that they put wood side boards on to take grain to the elevator. The ride in the GMC was pretty much the same as the ride in the Ford 600: rough. Old farm trucks were built to be just that, a farm truck. They were quite literally work horses. The were built to get the job done, not for human comfort. A smooth ride was not an option back then. In fact, I don’t remember the GMC having air conditioning. If there was, my grandparents never used it.

My dog Jake took to the truck real quick. For a small dog, he was able to jump into the cab very easily and made himself right at home on the bench seat. Jake seemed to be amused that the view would be so different. The cab does put you up higher than the mini van. I think he could have been content to ride in the Ford all day, providing that you had plenty of water for him to drink.

The old farm truck, is it as American as baseball and apple pie? For me it is. I guess you can take the girl away from the country, but the country never really leaves the girl. 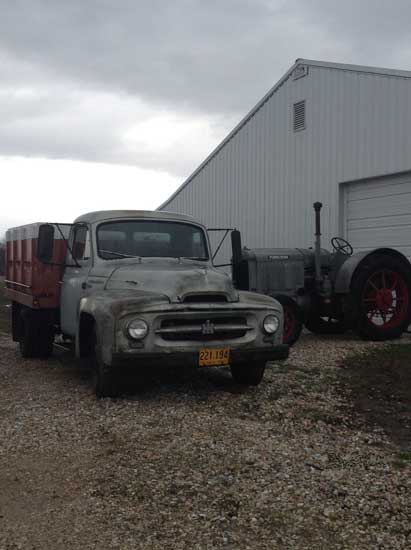 How our farm truck turned my day and yard upside down. 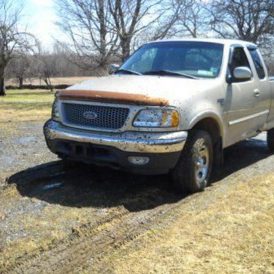