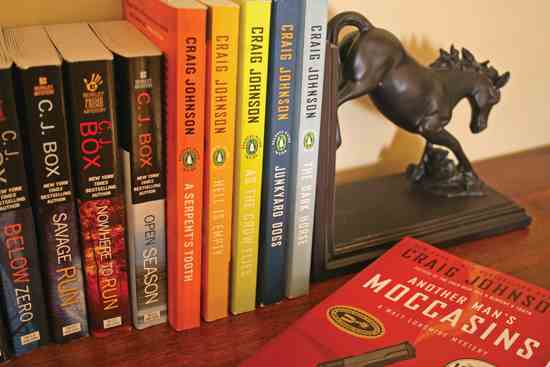 Photo by Karen K. Will
A few good winter reads.

If the Farmer’s Almanac is correct, and this winter is especially harsh, you might need something to occupy your time if you get snowed in. Here’s a list of classic movies and books to keep you company while you snuggle up by the fire.

Lots of folks have a favorite movie era, so we’ve organized our selections by decade. While there are countless classics — about as many as there are opinions on the subject — we had to limit our selections to 10 per decade. How many of these have you seen?

If You’re Into Mystery Novels …

Editor-in-Chief Hank Will has been known to read all night when a book — or several — captivates him. Lately, he’s been engrossed in Craig Johnson’s “Longmire Mystery” novels, after watching the television series Longmire, which is based on the novels. Following Sheriff Walt Longmire in fictional Absaroka County, Wyoming, Hank says the novels are a “beautifully authentic narrative of people and place.”

After finishing all 10 Longmire mysteries in a matter of three weeks, Hank started on author C.J. Box’s “Joe Pickett” novels. Featuring fictional Fish and Game Warden Joe Pickett, Hank says the novels are “creative suspense” and that he’d love to see a novel featuring both Longmire and Pickett. “They’d butt heads ever so slightly, but would eventually work together and come to the same conclusion,” he says.

Karen K. Will is editor of Heirloom Gardener magazine, and co-author, along with Editor-in-Chief Oscar H. Will III, of Plowing With Pigs and Other Creative, Low-Budget Homesteading Solutions (New Society Publishers, 2013).