Hand Me the Kerosene

I am just recovering from one of the worst bouts of flu I’ve had in years. As I sat quietly on the porch this morning eating breakfast for the first time in several days I thought back to my childhood and all the times we had been ill or wounded. And I began to remember how Mother and Granny handled it.

Times were much different back then. We were very poor, and didn’t just run to the doctor for any old ailment. It had to be life threatening, before we drove the 30 miles over that dirt road with some emergency cash taken from the fruit jar buried under the wood pile. As country folk, we had different methods of dealing with sickness on the farm.

My great-great grandmother Elizabeth was an herbalist and had acted as a sort of doctor and local midwife for this area when Granny was growing up. She had passed down to Granny many recipes for herbal remedies, which Granny kept made up either by her own hand, or paid the local pharmacist to do (Eucalyptus is hard to come by in Northwest Arkansas). She never wrote any of these down and I wish she had.

I know we used Mullen plant in the cough syrup, and some sort of tree bark for headaches. But I was very small and, while I remember helping Granny to gather things from the woods, I didn’t take much notice of what they were. Later on, as it became easier to get medicines over the counter, these remedies were left to fall by the wayside. Now, fifty years on, I am beginning to question the wisdom of that. 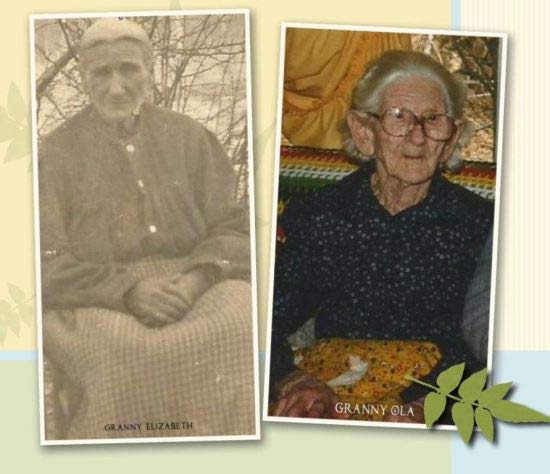 Of course, there were other remedies that should have been abandoned. Usually, the first thing my family reached for in a time of crisis was kerosene. Yes, you read that right.

Have you ever seen the movie My Big Fat Greek Wedding? In it, the girl’s father believed the cure-all for everything was Windex. Well, Daddy believed the cure to all major wounds was kerosene.

Kerosene was different back then. It was a pure clear liquid and mostly we used it for lighting brush piles we wanted to burn, or soaking stumps to burn them out. It was used as weed killer, wasp spray, and paint thinner. But let some one get a deep cut, step on a nail, get snake bit, or develop a rash and out came the kerosene can. 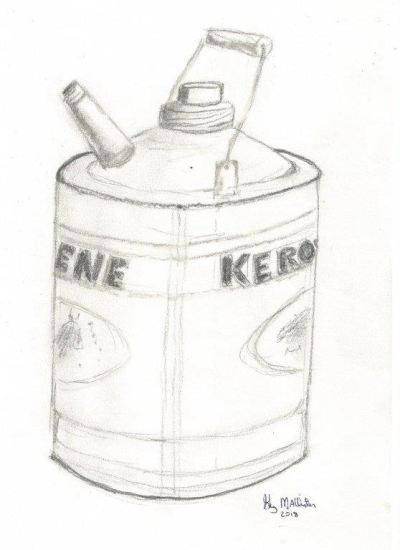 Kerosene does “draw.” And I think that was one of the main reasons it was used. I could actually feel the “pull” as I sat with my foot in a pan of the stuff after stepping on a nail, or had a rag soaked in it wrapped around my arm where I had deeply cut it. Tetanus (or lock-jaw as we called it) was a real fear here on the farm, and I think the idea was that the kerosene would draw out all the impurities and keep that from happening.

It never seemed to occur to us that we could just go to the doctor and get a shot that would last us up to ten years. As it was, none of us ever contracted Tetanus, and we never seemed to suffer ill effects from using the kerosene. We even tried it for bee stings, but decided chewing tobacco worked better.

Another stand-by was Iodine. Pure Iodine purchased in a gallon jug. After soaking in kerosene for a time, the wound was carefully washed and then iodine was applied.

Iodine was guaranteed to kill what ever germs had survived the kerosene. If it didn’t kill you first! I know of nothing save a real flame that burns worse than Iodine. And trust me, it will clear up poison ivy in 24 hours time.

My mother was a trained nurse, and she was absolutely appalled by these primitive methods. She relied on Epsom salts, Pepto Bismuth, Merthiolate, Milk of Magnesia, Vicks Vapor Rub, Camphor Oil, Black Draft, Aspirin, and Alka Seltzer. She also approved of the Iodine and it was her idea to use it on the poison ivy. 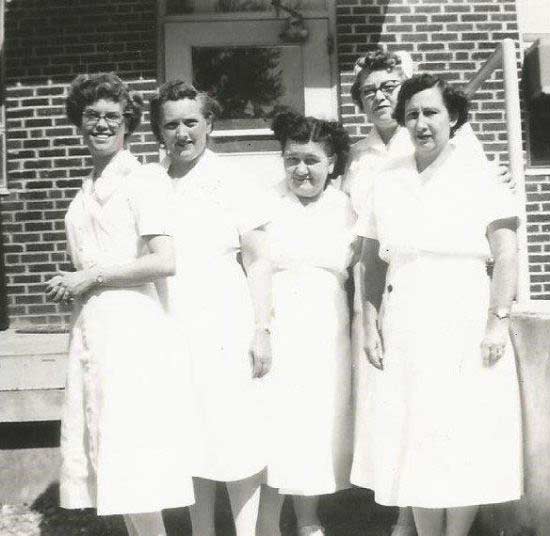 My mother on the far left.

While there was a doctor we could turn to in times of emergency, we had no local vet. So the medicine for our animals was similar to ours. Iodine was put on all cuts and scrapes.

Ever try to put Iodine on a cat? DON’T! Trust me, their battle wounds will heal just fine without it, and then you won’t need the Iodine for yourself.

We kept baking soda at the barn to drench with in case of bloat. If a cow lost her cud, a rag was covered in lard and stuffed in her mouth. She would chew it, swallow it, then bring it back up, usually with the actual cud stuck to it. Daddy would keep a close watch on her until she did that, then remove the rag.

Mother, being a nurse, understood the digestive system, and made up her own scour remedy, which I still use today. One egg, some yeast, molasses, and raw milk. I’ve yet to see it fail.

Looking back I am quite thankful for modern medicine, even though I rarely see a doctor. With this flu, I simply followed my mother’s example. Pepto Bismuth, Ibuprofen, Gatorade, and some Ensure until I could keep solid food down. Sometimes the simple methods are really the best.

A short dissertation about sewing before the advent of patterns. 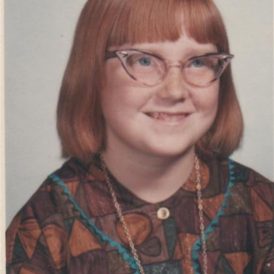 Living in the country, enjoying the great outdoors, and feasting on a traditional venison chili recipe are among life’s many joys. 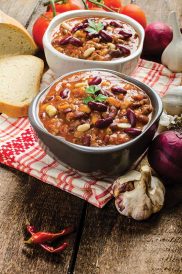 If you’ve become disheartened about the human race in general, you should come out to visit us and meet some of these nice country people who are always ready to give a helping hand. 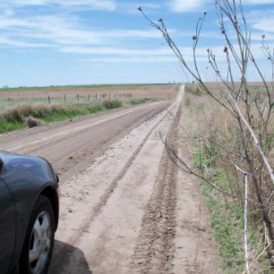