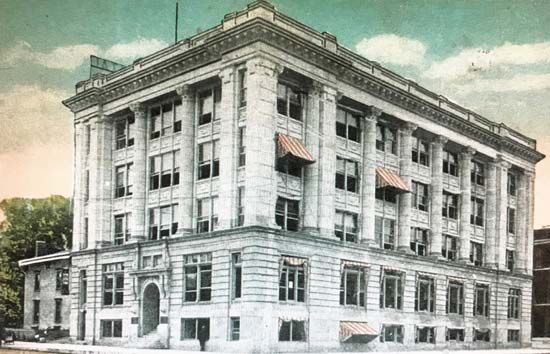 Courtesy of Judith Long
An old postcard featuring the Capper building located on the corner of Eighth and Jackson Streets in Topeka, Kansas.

Blast From the Past

What a blast from the past I received recently when I found a copy of the Winter 2018 issue of Capper’s Farmer on our kitchen counter. I live on a farm in Ohio, and my son-in-law had purchased it. I didn’t even know it was back in publication!

The new glossy version is really awesome! I love that it’s been brought back to life. Thanks for making my day.

The reason it brought back so many memories is because back in 1959 and 1960, I worked as a secretary to two of the editors of Capper’s Farmer magazine – field editor Eula Mae Kelly and food editor Faye Brown.

Our office was located on an upper floor of a building on the corner of Eighth and Jackson streets (see postcard below) in Topeka, Kansas. Printing presses operated at the rear of the building, so it was pretty noisy. All the desks were lined up in three rows, with no partitions, and there was no air conditioning or fans.

When Eula Mae would return to the office from visiting farm families to get her stories, she would dictate her stories to me, giving me only the briefest of information, and then say “just fill that in.” That being the case, I actually wrote a lot of her stories.

Faye was a very nice woman to work for. There was a test kitchen down the street, where the recipes people submitted for publication were tested. This worked out great for me, because as secretary to the food editor, I got first dibs on the food that was prepared. My husband was in the Air Force, and we didn’t have a lot of money, so getting free food was a nice bonus.

I became pregnant while working at the magazine, and the company’s policy at that time was that a woman had to be employed there for at least seven months in order for insurance to pay for the delivery of a child.

We were all called into the editor’s office one day, where we received news that the magazine had been sold, and therefore, everyone was immediately out of a job.

Fortunately for me, that very day marked seven months of my employment, which meant I would be able to have my baby at the hospital rather than on base.