My Field Trip to Spring

It’s been a harsh winter and I’m not sure we are done with it yet. We had a few days where it warmed up to the 60s and melted off the snow, and then a new round of arctic air would fall over us and turn nasty again.

This last spell happened at the end of February, which really gave way to spring fever and the need to plant. I was ready to uncover the flower beds, till up the garden, or just clean away some of the winter mess. We ran about four days straight of blazing sunshine and warm temperatures. Birds were coming around more, and I even caught the glimpse of a red bird as it flew by. On the drive home a bug smashed into the windshield; now that has to be a true sign of spring coming, right?

According to the Farmer’s Almanac, the Native Americans deciphered the seasons by the moon. February’s moon was known as the Hunger Moon, Bony Moon and even the Little Famine Moon to some tribes due to the harsh weather conditions and lack of hunting days. The Native Americans in the north and east of the country referred to it as the Full Snow Moon.

The early settlers called February’s moon the Trapper’s Moon because the beaver’s pelts were so thick during winter and made the most money.

I’m glad I fought that urge to go out and play with the garden because the weather changed again and brought us sub-zero temperatures with 2 more inches of snow. I guess it was like a brief Indian summer that we have in fall; a taste of what’s to come and then, bam, right back to winter. Indian summer actually comes in the fall between November 11 and 20 and is determined by particular details as outlined in the Farmer’s Almanac.

“As well as being warm, the atmosphere during Indian summer is hazy or smoky, there is no wind, the barometer is standing high, and the nights are clear and chilly. A moving, cool, shallow polar air mass is converting into a deep, warm, stagnant anticyclone (high pressure) system, which has the effect of causing the haze and large swing in temperature between day and night. The time of occurrence is important: The warm days must follow a spell of cold weather or a good hard frost.”

Do you know why it was named ‘Indian summer’? I thought that was interesting as well. The Farmer’s Almanac explains, “There are many theories. Some say it comes from the early Algonquian Native Americans, who believed that the condition was caused by a warm wind sent from the court of their southwestern god, Cautantowwit.

“The most probable origin of the term, in our view, goes back to the very early settlers in New England. Each year they would welcome the arrival of a cold wintry weather in late October when they could leave their stockades unarmed. But then came a time when it would suddenly turn warm again, and the Native Americans would decide to have one more go at the settlers. ‘Indian summer,’ the settlers called it.”

I remember hearing weather facts or folklore weather predictions when I was growing up. Did you ever hear these predictions of rain?

No dew on the grass at night.

When the crow flies low it’s going to rain.

When a cat washes behind his ears.

Cows lying on the ground.

When the leaves show their undersides.

If your table salt is sticky and gains weight.

Of course, we’ve all heard the ‘If March comes in like a lion, it goes out like a lamb.’ Well, it roared in with a cold blast and more snow so the end of month should be the real sign of spring arriving, right? According to Native Americans, the March moon was referred to as the Full Crow Moon because during this time worms start coming out and drawing in the crows – now that has to be a sure sign of spring, right?

Probably not, I remember the year we had an ice storm in April and it killed my blooming African Lilly – oh it was so beautiful! Killed the bulb and it never came up again.

I guess a true sign of spring is as different as the region of the country you live in. The only true sign I know of is – when the dogs and cats start shedding their winter coats all over the furniture, its spring! 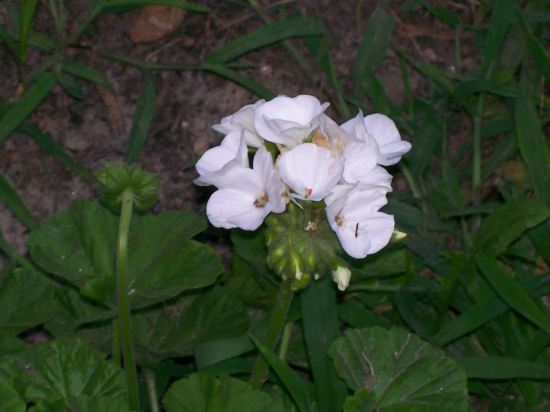 The last blooming of my African Lilly; she was beautiful. 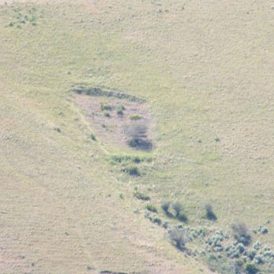