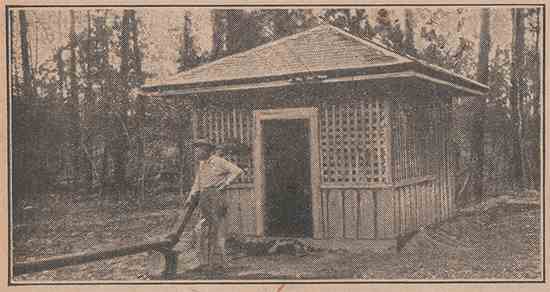 A photograph of S.P. Storrs using rural electricity at his pumping plant to irrigate truck crops, as seen in the July 1927 issue of Capper's Farmer.
2 / 5

A photo of farmers and electrical folks from Southern states visiting S.P. Storrs' home to see what rural electricity was doing for him.
3 / 5 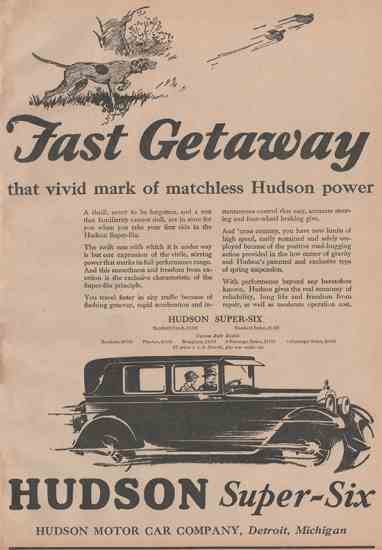 A Hudson Super-Six advertisement that appeared in the July 1927 issue of Capper's Farmer.
4 / 5

A Coleman Lamp Company advertisement that originally appeared in the July 1927 issue of Capper's Farmer.
5 / 5 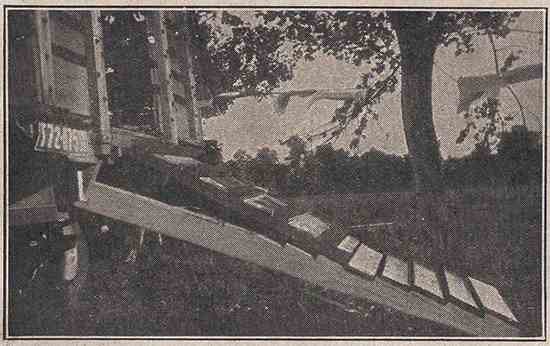 A photograph of the livestock loading chute Paul P. Boring made for his truck. The photo appeared in the July 1927 issue of Capper's Farmer.
❮ ❯

Electricity Priceless in the Home

You can’t put a money value on electricity for domestic uses,” said S.P. Storrs, of Elmore County, Alabama, who has more labor-saving equipment in his farm home, Storrsland, than will be found in the average city dwelling. “The convenience, comfort, and energy conservation it affects are priceless. Its acquisition for the rural home is worth any financial effort one is able to make.

“If justification is sought beyond this, although I consider none is necessary, it may be found in the effect on land values, and labor supplies, and in the uses to which it can be put in
farm production.”

Mr. Storrs estimates that land values have increased 25 to 40 percent since the rural electric line was built through his community.

“I have observed that it is practically impossible to buy land at a reasonable price, or at least commensurate with its productive ability, in any community where electric service is available.

“The effect on labor supplies will be beneficial, I believe. We have had some difficulty in keeping our labor in the South. Higher wages and better living conditions in the industrial centers have caused a migration, which seriously hampered the production of Southern farms. Electricity will provide most of those conveniences, which are obtainable in the industrial centers, and lend some measure of compensation to those who remain on our farms. At the same time, it will make their labor more efficient so that the shortage caused by the migration will not be so acute. I wired all the workmen’s dwellings on my place, and thereby created a brand new aristocracy. My help has something the others have not.

“Lights in the barn have added 15 to 30 minutes to the working day. The men can get to the barn earlier, do their chores in less time, and get out to the field earlier than they could before. I have found that electricity speeds up farm work and makes the help more contented.

“The service a man gets out of electricity will depend upon the use he makes of it. There are dozens of profitable applications to be made of power on any farm. In my own case, I have installed overhead irrigation on 3 acres, which enables me to keep the land working 10 months in the year.”

Engineers from Alabama Polytechnic Institute helped Mr. Storrs in laying out his irrigation system and in providing drainage. The water is drawn from a small creek by a pump of 125 gallons a minute capacity and a 10 horsepower motor. The equipment will put an inch of water on his 3 acres in 8 hours. With continuous pumping, the plant has a capacity for watering 9 acres in 24 hours or 36 acres every four days. It will be possible for him to extend the acreage under irrigation as soon as organization of the project will justify.

He expects the irrigation plant to pay a portion of the dividends on an investment of $500 an acre through frost protection to early and late vegetables. Water, likewise, has been found effective in stimulating growth on pecan seedlings so that they will be big enough for budding at 1 year old, rather than 2 or 3 years under normal moisture. This gives a turnover in the pecan nursery every second year, instead of three to five years.

Paul P. Boring, Shelby County, Indiana, grew tired of lifting a heavy loading chute every time he loaded stock into his truck, so he planned an arrangement that makes this unnecessary.

He made the main part of the loading chute so it would slide under the floor of the truck when not in use or when being carried on the road. He arranged it so that when drawn out for loading, the forward end would rest on a beam under the floor. He also nailed plates on the bottom of the frame of the chute, so it could not be drawn out too far and drop off the beam while stock was being loaded. With the chute drawn out and the farther end on the ground for loading, there remained about 10 inches of vertical space between the upper cleats on the chute and the level of the floor of the truck. This was remedied by hinging the truck door at the bottom. When thrown open, it fitted into the boards that formed the face of the chute. five 1-by-4s nailed to the front of the truck furnished a sufficient number of cleats to keep the stock from slipping. He carries sides for the chute on either side of the truck.