Snakes on a Farm

Every spring, as I walk through the woods and meadow of our farm, I think about the approaching arrival of snakes. Their metabolism rises during the warm weather of spring after the long winter months, and soon they will make their appearance. And every spring, I remember all the amusing stories we have about the snakes on our farm.

Our first farm truck had a cap that attached to the back. We took the cap off one winter to haul wood. We placed it flat on the ground, open side down, in a grassy area near the barn. In early summer, we finally decided we needed to put the cap back on the truck. My husband grabbed one side and I grabbed the other to lift it up. Do you remember the scene from the Indiana Jones movie where a young Indie falls into a train car full of snakes? The bed of snakes under our truck cap looked similar.

Hundreds of snakes of various sizes and species were piled together, basking in the warmth and humidity created by the cap. Needless to say, I have never jumped so high, screamed so loud, and run so fast as I did at that exact moment. Within minutes, all the snakes were gone.

My husband and I were in awe-where could they have gone so fast? There wasn’t a snake in sight. But we did see a head or two in the cracks between the stones in the barn foundation. It amazed us how fast they disappeared. And how fast I could run!

Don’t get me wrong. We appreciate the presence of snakes on our farm. They help to keep the rodent population under control. I don’t mind snakes when I can see them and know where they are going. But sometimes, we find them in unexpected places.

One day my husband, busy mucking out the sheep pen, got annoyed with the cord from the light switch overhead dangling onto his head. Without looking, he swatted at it to try to throw it up over the light. His hand hit something wet and fat.

Instead of swiping at the light cord, he swatted a long black snake dangling from the cord over his head. Not only that, but the snake decided at that moment to regurgitate its meal. A moist pile, containing little fragments of bone, plopped onto his shoulder.

Fortunately, despite having an 1880 foundation with plenty of entryways, we have never found a snake in the house. One summer day, however, we came home from town one day to find a snake on the house, attempting to consume a baby bird from a nest located on the electrical box near the roof. We think it climbed up the maple tree by the house, out onto a branch and onto the box. We got it down with a long handle for our shovel.

Once it hit the ground, it dropped the bird, and slithered away… right under the kitchen porch steps. Hmmmm. Needless to say, I was on the look-out for the next few days for a snake IN the house.

I woke up a couple of days later, and while making coffee, I saw something small and black curling out from under the rug under our shoe rack near the door. Oh, no, a baby snake in the house! I called my husband, in a panic, exclaiming that our house was now infested with snakes and what were we going to do! Since it was a very small snake, he advised me to open the door, get the dust pan and broom and sweep it out the kitchen door.

The snake, small and so very still, did not move as I crept to the kitchen door and opened it slowly. It didn’t move even as I approached with the tools for its removal. That’s amazing, I thought, thinking of how fast the snakes had disappeared from under the truck cap years ago. As I got closer to the baby snake, I realized I was mistaken. It wasn’t a snake, but a black shoelace!

Snakes on the farm certainly do provide us with some amusing tales to tell! 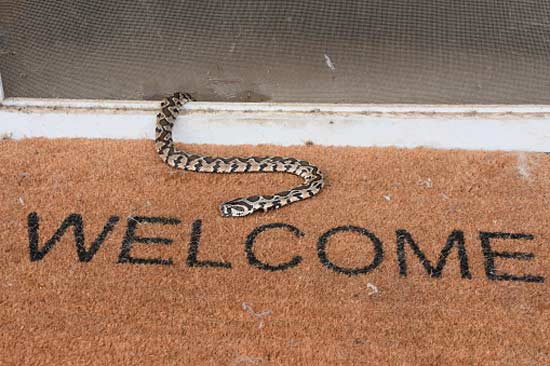 A Bear and a Watermelon

Bears provide us with interesting anecdotes. This one involves a bear, a porch and a watermelon. 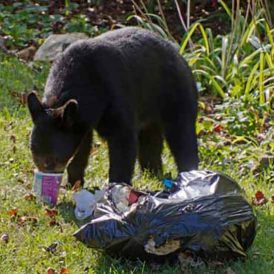 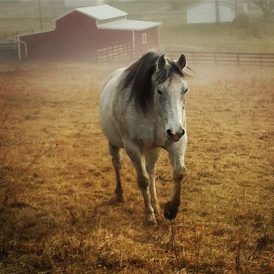 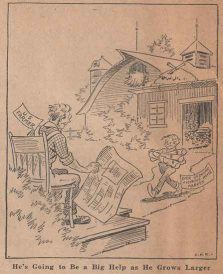