Survival of the Pranks

Well, I made it. I survived April Fools’ Day. I probably make it sound so much worse that what it is. Then again, when you come from a family that relishes a good prank, you probably know where I coming from.

I will always remember the prank that my dad’s brother, Bob, and I played on Grandma Boone one time. She loved strawberry rhubarb pie. As I was getting the first slice of pie for myself, uncle Bob told me to tell grandma that I was eating the last piece. Grandma took me seriously and I thought she was going to go nuts since she thought that nobody saved her a piece of it. It took her a minute to figure out what happened. I assume the fact that her son and granddaughter laughing like a pair of monkeys gave us away.

Then there’s the “I turned the SUV over” trick of 2017. My stepdad tried to convince me that he swerved to keep from hitting a deer and rolled his GMC Jimmy. I didn’t take the bait, only because I saw him hiding the SUV behind the neighbors shed. Good trick but bad timing. Next time, he’ll have to make sure that the dogs aren’t looking out the window barking at him.

As a youngster, when I was probably in kindergarten or first grade, I had really long hair. It was so long, it came down the length of my back and down almost to my knees. One school girl would get on the bus and sometimes politely ask if she could sit on my hair. It was never an April Fools’ joke, but still, we always got a good laugh.

One time, my dad thought it would be funny to hide candy for me in his work shoes. Well, I guess it was until he forgot where he hid the candy. He remembered a few days later when he was getting ready for work. He ended up pranking himself on that one.

I think the most memorable prank for me was a few years ago when a familiar fast food chain claimed to have bought the Liberty Bell and renamed it the Taco Liberty Bell. I thought it was funny and I still giggle about it today.

I thought I was being pranked this year by the weather man. He kept calling for snow on April 1st. He ended up being right and I got about four inches of snow. Mother Nature got a good laugh out of me that day. At least Jake and Buddy had a great time playing with the snowflakes as they fell.

All’s well that ends well. April Fools’ Day 2018 has come and gone. I wonder if it’s too early to start planning for next year? 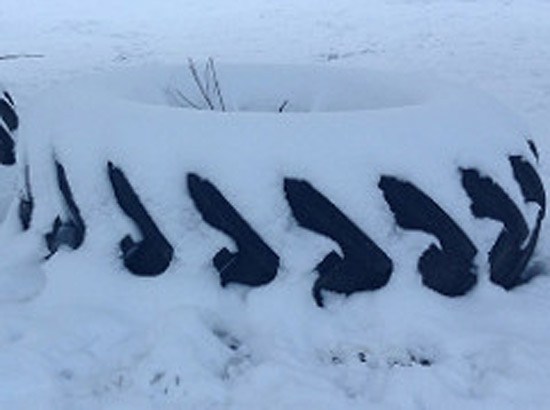