The Rest of the Story

I don’t know what made me think of Paul Harvey the other day. I guess I was sick with one of the worst head colds I’ve ever had and I was sending a letter to my sister to let her know what was going on in our side of the country. The phrase “Now you know the rest of the story” popped into my little pea brain which is been known to be full of useless information but, oh, so interesting. At least to me.

Paul Harvey was part of my life growing up in Iowa in the 50s. We’d turn on the kitchen radio in the morning and there it would sit blasting away the Farm Report and everything all day long every day. Our local radio station was called KFJB. We kids decided that this acronym stood for Krazy Farmer’s Jazz Band and we looked forward to listening to Man On The Street every day at noon when the guy would walk down to the local Kresge dime store and there, by the donut machine, he would interview people passing by.

Sometimes the radio would play Patsy Cline singing one of her famous songs. I still love “Sweet Dreams” to this day and it reminds me of piles of French fries, cherry cokes and dinner plate size pork fritters at the counter at that very dime store.

Mr. Harvey was not a shock jock. He never said a bad word and he was always entertaining. I guess he was the Rush Limbaugh of his day because he was known to be conservative but I never thought of him as anything except a good story teller. He didn’t say stuff just to get people riled up. That was true conservativism.

He always said “Hello Americans, this is Paul Harvey. Stand by for NEWS!” at the beginning of his program. He always ended his program with, “Paul Harvey … Good day.” A story might be called “This day’s news of most lasting significance” and at the end of a report about someone who had done something ridiculous or offensive, Harvey might say, “He would want us to mention his name,” followed by silence, then would start the next item. The last item of a broadcast, which was often a funny story, would usually be preceded by “For what it’s worth.”

I also think that in a lot of ways Paul Harvey was a precursor to Lake Woebegone because of the folksy nature of a lot of this stories. One famous broadcast was called “So God Made a Farmer” and it just seems like something you might hear on that radio show.

The speech began as a continuation of the Genesis creation story and referred to the actions God took on the 8th day. In it, Harvey stated that God needed a caretaker for the land he created. In the speech God expressed the characteristics needed by the person he was creating:

“I need somebody with arms strong enough to wrestle a calf and yet gentle enough to deliver his own grandchild; somebody to call hogs, tame cantankerous machinery, come home hungry, have to await lunch until his wife’s done feeding visiting ladies, then tell the ladies to be sure and come back real soon, and mean it.” 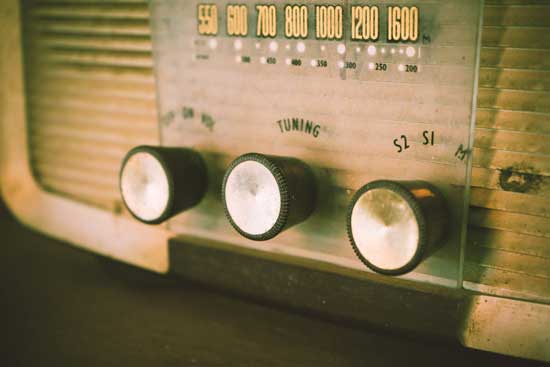