Living in a small town that’s located at the intersection of highways 36 and 63, I never seem to know what I will see passing through town. People on vacation in the summer, or lately it’s been people moving away. Cars, trucks and trailers loaded up with belongings. Sometimes, it’s not the people moving away, just the item on the trailer. 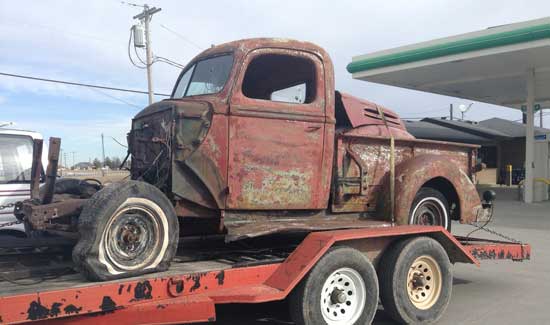 Just the other day, at one of the local gas stations, there was a 1940s era Ford truck sitting on the trailer. It obviously wasn’t in running condition, but it had potential. The hood and engine components were piled up in the truck bed. From what little of the conversation that I heard between the gentleman who had it and my step dad, the guy had it to restore someday. Someday turned into 20 years. He was now on his way to Queen City to deliver it to a fella that was going to restore it. Now, I don’t know if the Queen City fella had bought it from the guy or if he was just doing the restoration for him, but it got me to thinking.

“I’ll get to it someday.” Have you ever had that go through your mind at least once in your lifetime? I know I have and I will go through the rest of my life with the guilt of never getting around to it. I waited too long and find myself never being able to keep my word.

On Christmas Day, 2014, I took my Jack Russell Terrier, Jake, to see Bill when Jake was just four months old. Bill was one of my regular customers that I would carry out groceries for when I still worked at the local grocery store. Bill was also a dog lover. Like me, his dogs were his constant companion. Bill knew I had lost my beloved Stubby that July. So when Bill learned of Jake, he just had to see the little bundle of fur.

Seeing Jake on Christmas Day was the best few minutes of his day. For me, I will always remember the joyful look on Bill’s face when he opened the door and saw us standing there. I don’t think he could have been any more thrilled. I left that day with the promise to return when the weather got warmer so we could visit with each other and the dogs could play with each other.

The warm weather returned. My inner self kept saying, “I’ll get over to Bill’s house with Jake someday while it’s still nice.” It never happened. My fellow dog lover passed away from cancer before we got back to visit with him.

I learned a hard lesson. If I could only turn back time, but that is not to be. I’ll get around to it someday. Whatever “it” is, shouldn’t “someday” be today?

Relics of the Past

The cars that we used to drive. 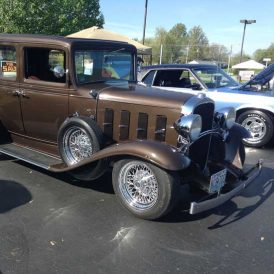