A Different Time and Place

Every time I go to one of several tractor shows that I attend every year, I always come to the same conclusion – I was born at the wrong time.

Don’t get me wrong. I enjoy being able to go to the public library for free access to a computer and Internet. My iPod has given me access to apps like Pinterest, LinkedIn, Instagram, Twittter. Some of my photographs have been seen with my Capper’s Farmer blog via my iPod and Flickr. I even have a couple of apps to help me learn Morse code. How ironic is that?

However, the moment I get to an antique tractor show with one of my tractors, if I take one, something happens. It’s like a magical spell is and I can’t shake loose of it.

I’m automatically drawn to the steam engine area. Even as a small child, at the age of 5 going to my first show, the steam engines drew me in. Their looks, their size, the smell of the wood and coal burning in them, their whistles, it all had me hooked right from the very beginning.

I’ve only had a chance to be on one in my entire life. I was 12 or 13 at the time. Ernie Langdon had his steam engine at the Macon Flywheel Reunion that year and it’s my first memory of him. He needed someone to help him drive his steam engine though the daily parade. Somehow, my stepdad ended up being the one to help. Being with him that day, I got the chance to ride along.

I can’t imagine owning, operating and transporting a steam engine as being cheap. So I started collecting tractors. The common ones that were within my price range, of course. I envy those who have an engineer’s license to operate those giants at the shows. I so badly wish I could join their ranks and operate one, even if I never get to own one.

Somethings are not meant to be. So I sit and watch, daydreaming. 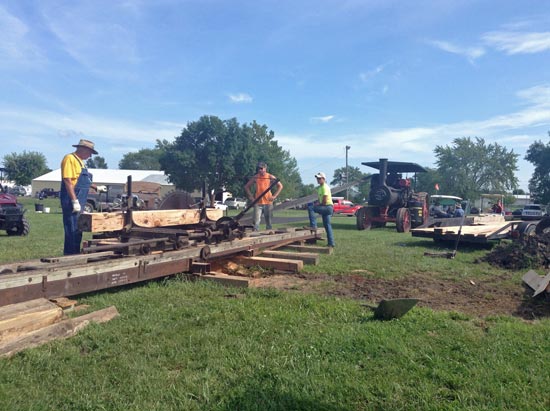 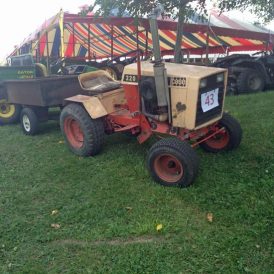