Most who drive by them fall into the following categories: they either love red and hate green, love green and hate red or just have no use for antique tractors. Oh well, you can’t please every one and I’m not about to attempt that job. I collect a little bit of everything when it comes to antique tractors including one old Case and my grandfather’s Massey Ferguson. As with people, every tractor has a tale to tell. This tale is about the F-20.

The F-20 has an unique story you won’t realize just by driving by. It has a “mate” right there in front of you, hidden away in the shed. You’re raising your eyebrow right now, right? Tractors don’t have a “mate.” Just keep reading. I’m not crazy, I promise. There’s history here, if you want to call it history.

David and I knew about one of them since it was parked in an old lean-to next to the gravel road. After a few years of driving by it and wondering, David got the nerve to stop and Mr. Basler if he would sell it to us. The answer, “No, but I’ll sell you it’s mate that I have in the other shed.” Well, that was news to us and how we learned that these two tractors had never been separated.

We took home that F-20 even though it was a challenge to get it out of the shed. The shed had sunk enough that a beam was in front of the steering wheel. We had to remove the steering wheel to get the tractor out. Once at home, it was restored. Exactly one year later, we got the news from Mr. Basler. He was ready to part with the other F-20. We went to his farm, and David drove it straight to the local antique tractor show.

That was well over 15 years ago. Mr. Basler has since left this world for a far better one. However, he has left a legacy. With only one year of separation, two Depression-era tractors have once again, against all odds, managed to stay together. Not bad for a pair that has been around for 76 years. 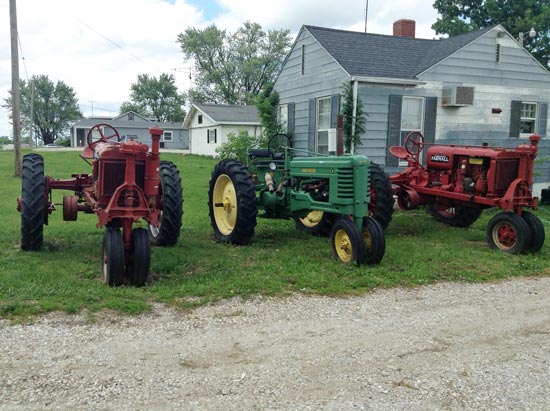 Birth of a Collector

The start of my fascination with antique tractors. 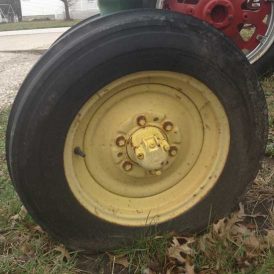 Summer Vacation At The Shows 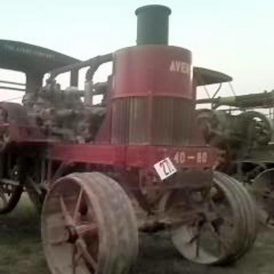