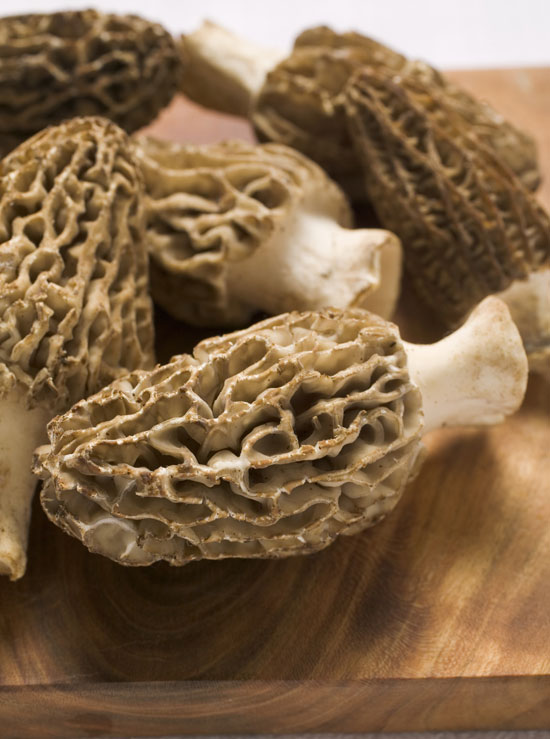 Photo by Fotolia/superfood
Morels ready for the picking in spring send many folks mushroom hunting.

I grew up in rural, southern Ohio, where there exists a little-known, yet fanatical, culture of mushroom hunting. For a few short weeks every spring, avid devotees scan forest floors in search of what are called morels. These morels, called Hickory Chickens in Kentucky and Molly Moochers in West Virginia, are considered a delicacy.

Whatever they were called, my dad was one of those avid devotees. After an early April rain, he would come home early from work and sneak off alone into the woods. Carrying only an empty sack and his mushroom-hunting stick, he never divulged where he went. Hours later, he would return home from morel mushroom hunting with a bag full of the delicacies.

Only in his later years did Dad allow me to come along. And I must admit that I often returned home with an empty sack, whereas Dad’s was full. But it was a pure pleasure to watch the master in action. Dad would barely shuffle through the woods, with his head down and slowly swiveling back and forth, back and forth. Every so often, he would halt, kneel down, and sight down his mushroom-hunting stick like a rifle, scanning the damp leaves 10 to 15 feet in front of his position.

In any case, before turning over his bounty to Mom and her cast iron skillets, Dad would hop into his trusty ol’ pickup and drive to Shifty’s, his favorite watering hole. There, he would show off the reward of his efforts, displaying them proudly. He also boasted of the bigger morels that he left behind because he “forgot the wheelbarrow” or “didn’t have his chainsaw.” My personal favorite was Dad telling of how “a family of squirrels was living in one of his finds.”

Upon departing Shifty’s, Dad would return home and have Mom gently sauté his morels in butter, cracking pepper on top and then sprinkling them with a pinch of salt. Mmmmm … delicious.

My cast-iron skillet collection is small, but I hope to add to it this summer! 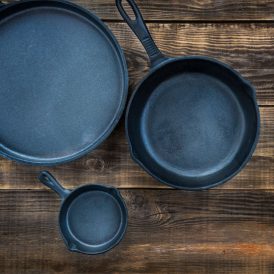