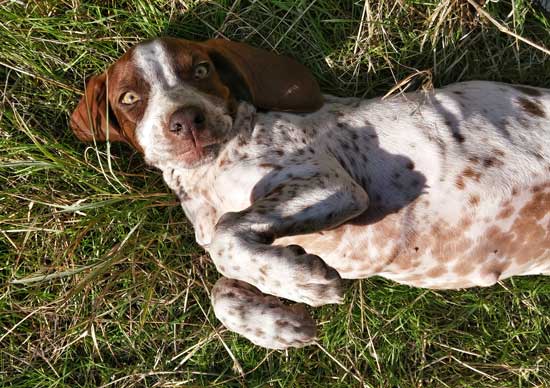 Photo by Fotolia/Photocenter
A lost dog becomes a beloved companion.

It would come as no surprise for Critter to be in another publication. After all, he already had two books written about him (copyrighted but no publisher yet).

Critter became ours, one nice day, about 13 years ago. We came home and he was sitting on our porch. For all of us, it was love at first sight.

I told the dog he was a handsome “critter”. he smiled his toothy smile and moved in an old dog house we had. After that, critter never left.

We asked around and finally found his owners. We called them and told them critter had moved in. We asked if he could stay. They told us they had been looking for a home for Critter since they had too many dogs. So, Critter could stay.

Critter, my spouse and I were all pleased.

Critter and I had a special relationship from day one. I had been disabled in an accident, and he seemed to understand.

When I was up late at night or in the wee hours of the morning, he would come and check on me. If i whimpered in my sleep, he would stick his nose on my knees until I woke up. He would only stay until he knew I was okay. Then, he would return to his bed.

I went outside to try to sit on the back porch one morning. Critter understands I have a hard time with this. He knows I am only there to see him.

As I begin to worry, I feel this little paw on my leg. He just wanted me to know everything would be alright.

Sometimes, I have problems with breathing. So, the hydrotherapist has told me to sing… for some reason, when my breathing is worse, so is my singing.

One day my singing was particularly bad. I looked up and started laughing. Critter had taken his paw and covered his ear.

Sometimes, my spouse will tell Critter to keep an eye on me. He will actually roll his eyes in response.

If I go outside, Critter tattles on me. He barks and barks, so my spouse will know I am “out”.

Critter hates loud noises. After we had the second accident, I really started dropping things. One day recently, I dropped three or four things in a row. Critter had had enough!!! He ran to the door to go out. I could not let him out fast enough!

Even though it began to rain buckets, Critter refused to come indoors. He decided he would rather be outisde in the rain, than inside with the raining dishes and me.

Critter stayed outside for the next 24 hours. No amount of coaxing could get him to come in.

We would say Critter was “people” but I’m sure he would find that insulting. After all, he is better than that.

As we sit around our wood stove on a cold winter night, Critter, my spouse and I, we know we are lucky to have found each other. It makes our world a better place.