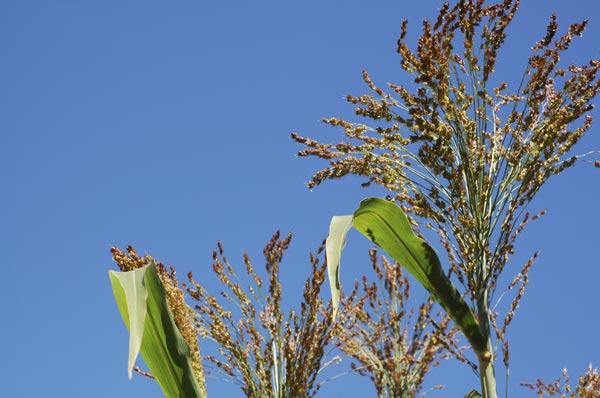 iStockphoto.com/Nancy Nehring
The broomcorn plant was once used for making brooms, until plastic replaced the old-fashioned straw brooms.

Some of you might remember when brooms were made of straw. Those sold commercially were made from a plant called “broomcorn,” which was actually a type of sorghum. Growing in the field, it looked like cane sorghum, but the seed heads were carried on very long stalks, and it was the long, fibrous seed stalks that became the working end of the broom.

I know this because I had the privilege of growing up in Lindsay, Oklahoma, “The Broomcorn Capital of the World.”

I’m not certain who gave this title to the town of Lindsay, but I would bet the Chamber of Commerce had something to do with it.

(I know at least a couple of our readers hale from Lindsay because you’ve written me before. I lost your addresses when I changed offices, but if you’re reading this and have some insight on Lindsay’s broomcorn history, I’d love to hear from you … again.)

The downside of broomcorn production was that harvesting was hot, dreary work. As with so many of our undesirable jobs, this one was done with migrant labor, and the whole tenor of our town changed when the “Broomcorn Johnnies” came to town. Suddenly, doors were locked and children weren’t allowed to roam around without supervision after dark. In other times and places, these folks would have been “The Gypsies,” but in our community the scary outsider was the Broomcorn Johnny, with his equally fearsome Broomcorn Sally.

They were filthy, the story went, and they were dangerous. And worst of all, they didn’t speak English. Mexicans, probably, which made them all the more fearsome to many in our very homogenous community. My sister and I, however, got a much different look at the migrant workers, and it’s a lesson I’ve never forgotten.

Because the faith our mother practiced and passed on to us was about love and service, we felt the need to help care for “the least of these” – and one look at the raggedy, sad folks who came to the swimming pool to shower each evening certainly told the story of poverty.

So my sister Donna and I joined with other people in town to provide Bible school classes for the migrant children – kids who loved to laugh and have fun, just like I did. They were dirty because they had no access to showers and fresh water. They slept under bridges and in fields because they had no accommodations.

Donna even got a job working in the fields, but it only lasted three days. The chaff from broomcorn, as it turns out, is the same stuff used to make “itching powder” that used to be sold in the back of comic books.

I’ve always wondered if our community could have treated the migrants better. Mom joked that while the Broomcorn Johnnies were in town, we oil-field folk weren’t the lowest people on the totem pole. The sands of time have rendered the question moot now, as plastic replaced those old-fashioned straw brooms. Our once prosperous hometown now struggles like so much of the rest of rural America.

But for at least a few decades, we had a community identity that rivaled any. We were small, but we were mighty – the Broomcorn Capital of the World.