Five Little Peppers and How They Grew

Each year, the International Herb Association nominates an Herb of the Year™ as a way of focusing attention on either an underused or unknown herb. This year, Capsicum has been chosen as the 2016 Herb of the Year™, as it is not only used for culinary purposes, but also for medicinal use, as an ornamental, and as a pest deterrent. The main types of peppers are:

Peppers are a New World plant, originating somewhere in South America. Christopher Columbus, searching for a route to the Spice Islands, stumbled on these plants accidentally. He was seeking pepper, or Pipernigrum, and found the native people called Arawak using a plant they called aga or aji as a seasoning for their root vegetable age, or yam, as we know it today. This flavor was hot and pungent and reminded Columbus of pepper, and so it was named. Thus began the plant’s exodus to many other lands, as seeds and pods were distributed around the world. Five species had already been domesticated by the time of his arrival, and it’s hard to believe that so many cultures have embraced it as their own. Africa, Italy, India, Thailand, and China are a few of the countries with which peppers are associated. 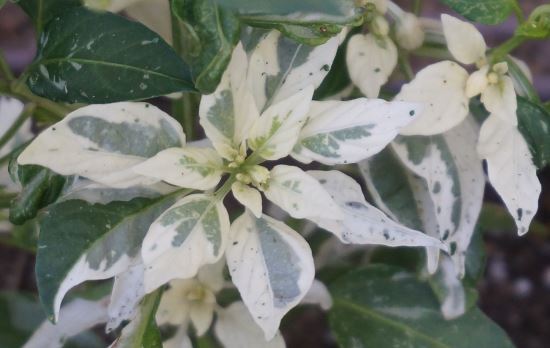 Many tropical locales use hot peppers, and with good reason. Hot peppers are considered “yin” and bring heat to surface capillaries, where it dissipates, resulting in a cooling sensation. It is said that in Mexico, because of a devoted consumption of fiery peppers, a man who unfortunately perishes in the desert will never be devoured by vultures, because the peppers cause their bodies to be too hot and spicy to eat!

I find hot peppers enjoyable to grow and use. My favorites are Fish, a variegated pepper; Hinklehatz, a German variety that grows extremely well and prolifically for me; and Bulgarian Carrot, whose neon orange color adds a nice touch to salsas and gazpacho. As to sweet peppers, I love Aconcagua, whose tall plants yield an abundant crop of 7- to 9-inch-long, thin-walled peppers that ripen in my zone.

What to do with all the peppers you grow? There are lots of ways to preserve them. I love to pickle them, dry them in a dehydrator, use them in chili, spaghetti, or barbecue sauce. Make a hot pepper vinegar, preserve them in sherry (you can use both the peppers and the sherry), and make Fire Cider. Try them — you’ll enjoy growing them and using the abundant fruits. 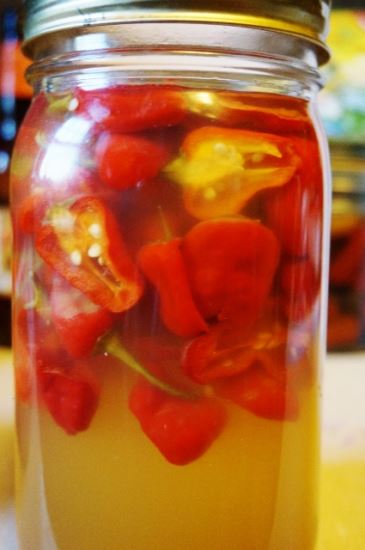 Grate horseradish in food processor and place in large bowl. Shred the turmeric, onions, garlic, ginger and hot peppers and add to bowl. Mix well. Place ingredients into 2 large (2 quart) canning jars and cover with apple cider vinegar — the best kind to use is one that has the “mother”. I used 2-1/2 quarts of vinegar, being sure I covered the shredded roots. If you don’t have the large jars, you can use any extra large wide mouthed jar, or use several smaller ones. Place in a dark place for 4-8 weeks, shake frequently, then strain and re-bottle. 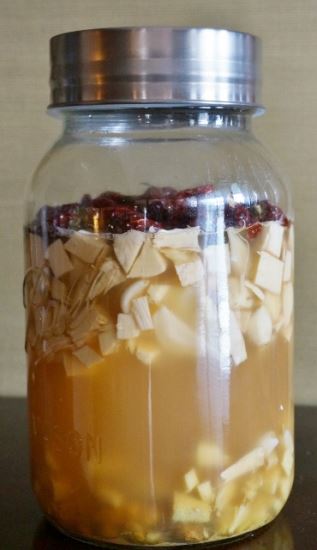 This dip is only slightly spicy and is equally good on crackers or with vegetables. You can use the peppers before they are ripe, when they are cream and green colored.

Place all ingredients in a food processor and blend. Let chill 3 to 4 hours before serving. 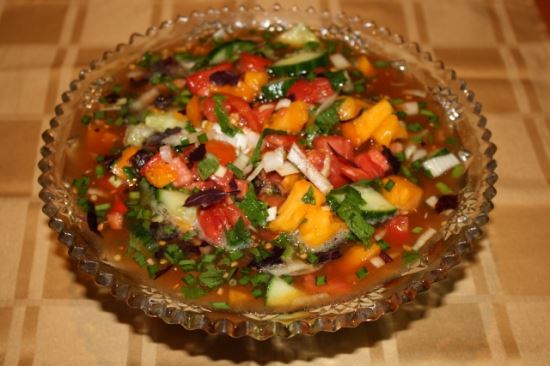 My good friend, Lucille Dressler, gave me this recipe years ago. I have added additional herbs, as well as hot peppers. I make this at least once a year, when the garden is at its peak and bountiful.

You can cook anything you want to in any way you desire using cast iron. 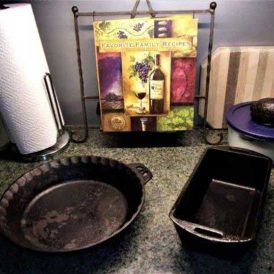 My mother’s cooking and how I learned to cook. 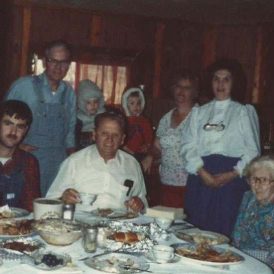 Everything But the Kitchen Sink

Recipes are made to be modified. I substitute whenever I can with what I have around! 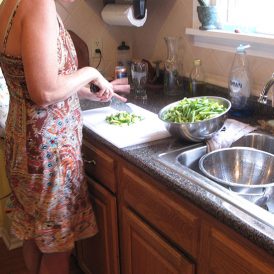