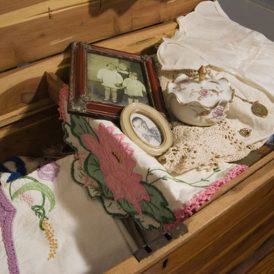 Hope Chest and Dinnerware Are Among Treasures

My parents married in 1949, and around that time, my mom received a lovely wooden chest. Back in its day, it was called a “hope chest,” just waiting to be filled with soft household necessities or a fancy dress or lingerie. Sometimes these were humorously dubbed “hopeless chests” if no ... 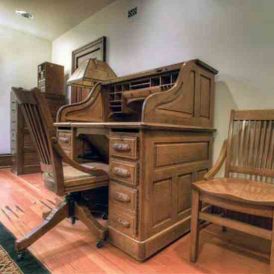 Keepsakes Passed Down Through Generations

Most of us, at some point in our lives, have inherited a special gift from a loved one. No matter what kind of gift it was – little treasures, homemade gifts, family heirlooms – it was a gift from the heart, and one we will always treasure. We asked our readers, “What treasured gifts have ...

Among Keepsakes, a Letter From the Civil War Written by Union Soldier

Enclosed is a copy of one of my most cherished keepsakes – a Civil War letter. George Wineman wrote it to his little sister Margaret (later my mother) when he was a Union soldier during the Civil War. George made the supreme sacrifice July 2, 1863, during the Battle of Gettysburg.At the top ...

A cousin told me the story of how her family's silverware, jewelry and precious keepsakes were saved from the Union soldiers by their servant, Adam.Word was sent by a neighbor's young houseboy, who sneaked through the woods to their home to warn them that the Union soldiers were foraging, and ...

Letters Written from Natchez and Vicksburg Are Treasured Keepsakes

Two letters written in 1863 by my husband's uncle during the Civil War are treasured keepsakes. One is written at Camp Natchez, Mississippi, September 28, 1863; and the other at General Hospital, Ward No.2, Vicksburg, Mississippi, on December 29, 1863. He became ill and died at the age of 20 a ...