Now before I introduce you, let’s back up a few weeks to when I decided to jump on the homesteading bandwagon. Keep in mind that I’m basically starting from scratch out here in suburbia so I’m reading everything I can get my hands on, and the one thing that kept popping up over and over was composting.

So with a few tips from gardening books, tons of YouTube videos, and talking to some experienced gardeners, I figured if I was gonna do this right and help amend this Oklahoma red dirt that’s harder than a brick, I’d need a little help. OK, change that to a lot of help!

In my research Red Wigglers are some of the best for composting. Frankly they seem a bit like slithering little vampires. I mean, they don’t like the light, they’re blood … I mean, veggie thirsty critters with voracious appetites, and the weirdly cool thing about them is that what they excrete is pure gold for us gardeners. Sounds gross I know, but when you live with two teenage sons, nothing grosses you out, least of all worm poo.

Now I’m all for organic, no pesticides and adding back into the garden as possible the all natural way. And since I’m not the squeamish sort and thought those little critters were rather cool considering all they’d be doing to help this gal out in her new garden, I knew I needed to invite these critters over to our worm shanty (read: converted Rubbermaid into worm bin).

About the same time, I started saving all of my food scraps. No meat. No grease. No crusty week old Cheetos the dog wouldn’t eat, just plain old fruit and veggie scraps. Oh! And those little fruit labels, those went in the trash, worms don’t like those. But all the yummy food that worms like to eat, got tossed into the worm bin.

To set up my worm bin, I took an old clear shallow plastic bin (24-by-15-by-15) threw it into a big black yard waste trash big (because worms don’t like light – think veggie vampires), layered it with damp torn newspaper shreds, about a half gallon of organic soil and then started adding food scraps to the bin. 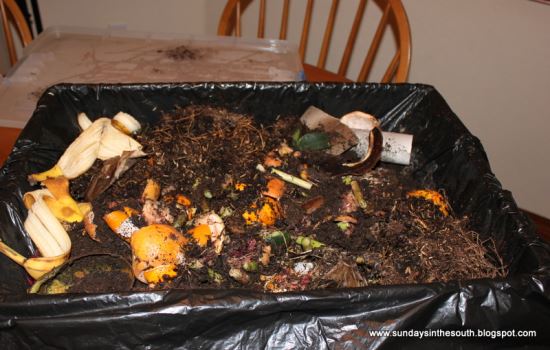 Now I’ve read that worms like when food starts to rot. Something to do with bacteria and all that jazz. So I started the bin about a week before the worms actually arrived in order to get the decomposition rolling. I made sure everything was slightly damp, not soaking wet and then popped the lid on, put it in the garage to percolate a bit.

With the compost cooking, I needed worms.

I hit all the local nurseries first but who knew no one carried worms in the winter. What? Worms go on vacation? They diet in the winter? I don’t get it! Not a single worm to be had. That’s ridiculous. Now I’m sure there’s a good reason why it seems like the worms all went on vacation but I haven’t a clue. I had garbage and I needed worms pronto.

Not to be deterred I hit the ‘net and within minutes found Uncle Jim’s Worm Farm.

Here’s the cool thing. Apparently there are sales on worms in the winter. Yep! Love that! So I placed my order and a few days later, shipped Priority Mail, my veggie vampires (Red Wiggler Worms) showed up in a peat-packed breathable bag. 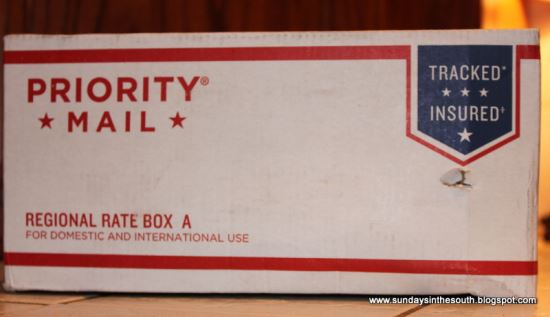 I followed the directions just as Uncle Jim suggested and got the worms transferred to their new home with nary a problem. And so far, it would seem that everyone is happy!

I want to encourage everyone to start a worm bin. There are tons of videos out there on how to put together a bin made out of plastic containers, buckets, filing cabinets (yes, filing cabinets) and wood. Whatever you want it to look like, however big you want to make it, it’s all up to you.

The point is, if you want compost that is pure heaven’s nectar for your veggies and flowers, get a bin, save your scraps and order your own set of vampires! Your plants will love you! And frankly these little critters are so cool to watch.

A biography of Amy

Diggin’ In — Why Community Gardens Are a Great Idea for Beginners 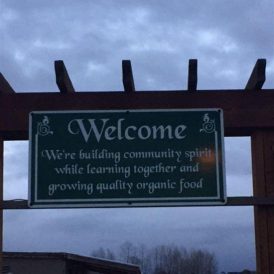 The Calm Before the Storm

My favorite time to garden 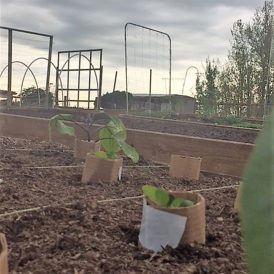