A 1924 Guide to Perfect Poultry

Hi, my name’s Chris. And, because I have agreed to blog for Capper’s Farmer and don’t wish to give you any misconceptions about me, let me start by stating what I am NOT.

I am NOT a farmer.

My 13-year-old daughter, however, wishes to own a farm some day. She would like for it to be filled with goats, cows, chickens, pigs and other farm animals. She would like for the farmhouse itself to be a great big castle. And she would like for me to live on the property and take care of all the animals and farm/castle chores for her. So I have that to look forward to.

I am NOT a gardener.

My wonderful wife, Joan, is our resident green thumb. She grows tomatoes, peppers, radishes and other good stuff in the garden along the side of our suburban home. My contribution to the gardening is that I created an unwanted pumpkin-and-gourd patch that first sprouted from our mulch pile last summer and took over the yard like something from The Day of the Triffids. But at least we’re all set for Halloween.

So, I’m not the fella with the pitchfork from American Gothic. I’m just a guy who works at a newspaper and has a side interest in books, ephemera and history. Tied in with that, I’m a Pennsylvania boy who has a great interest in and appreciation for farming history and culture.

So call me the Farming History Guy. Or the Farming Nostalgia Guy. But don’t expect me to be the guy who explains the difference between a thresher and a swather.

I would like to think, though, that all of the farming-themed books and ephemera that I come across and plan to share here in the coming weeks and months are preparing me — perhaps through a type of osmosis — for that day when my daughter wins Powerball and expects me to run our new family farm.

For example, the first item I want share is a neat old book about poultry that I came across a few years ago and have kept handy ever since. (We also sell used books as a fairly unprofitable side business, so I “come across” innumerable old and odd books in the never ending search for quality inventory.)

The book is called The American Standard of Perfection, and it was published in 1924 by the American Poultry Association. Here’s the cover. 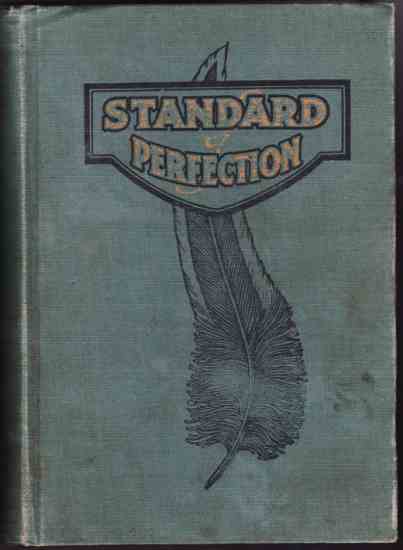 The front cover of the 1924 edition of “The American Standard of Perfection.”

Actually, I only gave you the partial title. Back in the day, books often had much longer titles. According to this book’s first page, the complete title is (deep breath) The American Standard of Perfection, Illustrated, A Complete Description of All Recognized Varieties of Fowls, As Revised by The American Poultry Association at Its Forty-Seventh Annual Meeting at Knoxville, Tenn., Nineteen Hundred Twenty-Two.

Meanwhile, this particular volume is stamped on the inside front cover with the former (original?) owner’s name: 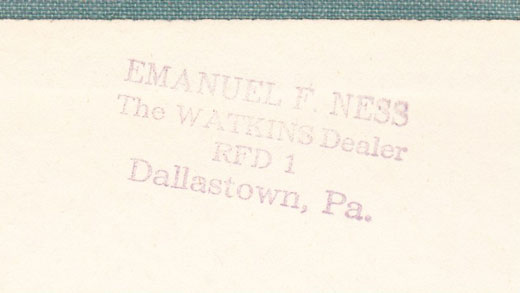 This stamp for Emanuel F. Ness of Dallastown, Pennsylvania, appears on the inside front cover.

Dallastown is a borough in York County, Pennsylvania, not far from where I live. I believe, thanks to a little amateur genealogy work, that I have tracked down a solid candidate for who Emanuel F. Ness was — and it’s a bit of a sad story.

Assuming that he acquired The American Standard of Perfection the same year it was published, Emanuel was about 46 years old when he put his stamp inside the book.

And what was the 427-page book used for? Just what it says. It provides the official breed standards for all North American poultry. The classifications and descriptions of physical appearance, coloring and other attributes are used as a measuring stick for, among other things, the competitive judging of chickens, ducks, turkeys and other poultry.

The first edition of the book was published in 1874, and the most recent edition, still published by the American Poultry Association, came out in 2010.

The introduction to the 1924 volume states: “For more than seventy years prior to the appearance of the first American Standard, poultrymen had been trying to make such blends of European and Asiatic races of fowls as have produced the Plymouth Rock, Wyandotte and Rhode Island Red; yet had failed to produce a breed that could gain wide or lasting popularity. Nor, in all that time had any old, established breed been so improved that it could win and hold the favor of those who kept poultry for eggs and meat.”

So, as I probably don’t need to tell you, this is an Important Book. Every serious poultry farmer certainly had a copy.

Other illustrations, such as this one, key in on elements of poultry anatomy: 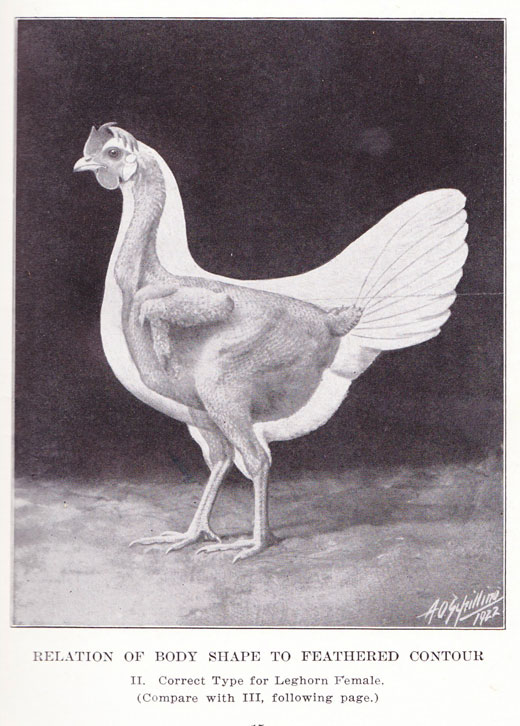 This illustration, dated 1922, shows what one type of chicken looks like under all those feathers.

A typical entry describes the following characteristics of a given bird: standard weights, comb, ear lobes, beak, head, eyes, neck, wings, back, tail, “body and fluff,” breast, legs, toes and “under-color of all sections.” In 1924, a beak might be described as being “of good length, stout, well-curved.”

And ear lobes, of all things, get this level of descriptive detail in the entry for the female Minorca: “Large, almost-shaped, smooth, thin, free from folds and wrinkles, fitting closely to head.” And that’s the most I’ve ever written or thought about ear lobes.

I think my favorite thing about this book, though — and the reason I’ve held onto it even though I’ve never had a Poultry Farming Moment in my life — is the wonderfully detailed illustrations. To finish, I’ll leave you with two of them: 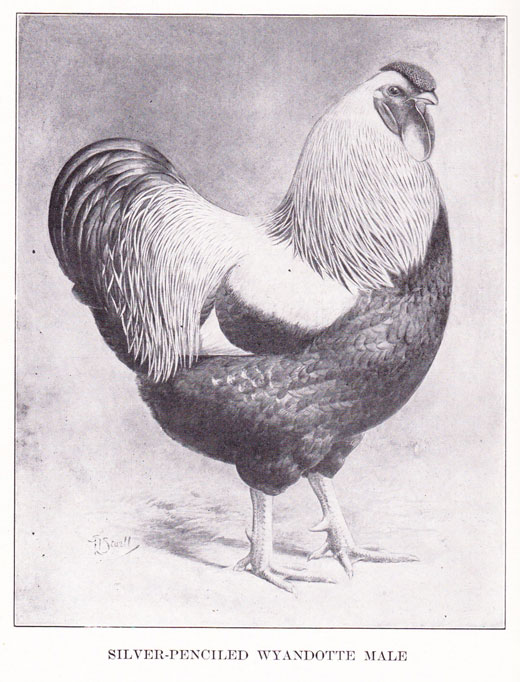 The 1924 book’s illustration of the regal-looking Silver-Penciled Wyandotte Male. 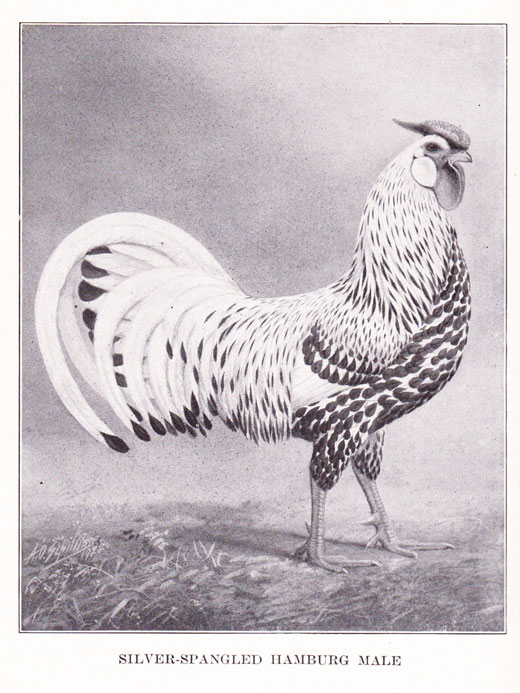 The 1924 book’s illustration of the Silver-Spangled Hamburg Male

A Love for Books

I have found myself to be a person with too many books. I’ve yet to get one that I can part with once I’m done reading it. 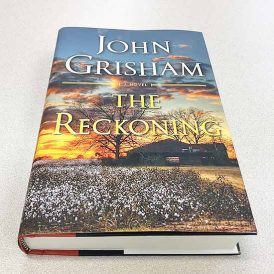 You never know what you find going through flea market vendors. Take a look at a few treasured items I picked up from the last tractor show of the season. 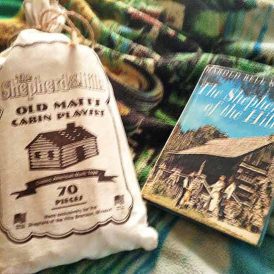