Have you done something in your garden or on your farm that makes you feel a little extra proud? Perhaps you started a compost pile, installed a rain barrel, or grew something new. It is a good, wholesome feeling, isn’t it? Well, one time a question on a farming website asked readers to tell about something they had done on their farm of which they were the most proud. I didn’t even have to give it a thought. I just blurted aloud, “FENCE.”

It was the fall of 2010, and Todd, Nancy, and granddaughter Erin were going to move to our farm for Erin’s last three years of high school. Erin was also bringing her horse, three sheep, and some chickens. We needed fence installed, and soon. We also needed the supplies and the knowhow. On the following trips to the farm, we started noticing fence. Do you know, it is just everywhere!

If you’ve read my previous blogs, you know that Larry can pack almost anything into our blue Honda “truck,” as he calls it. So, rolls of wire filled the car on each trip, but posts would have to be delivered. Then Todd discovered that cedar fence posts were growing in our woods! Unbelievable! Sustainability! Harvesting them would be time consuming, though, and a lot of hard work.

It was a hot day, but while Todd cleared a path through our little forest and marked the trees of the right size, Larry trimmed and cut them down. Men are just amazing, aren’t they? How I envied their muscles as I threw the trimmings into the forest to decay, and dragged as many of the trees out as I could handle. The men also helped with the hauling, and were able to use the tractor in one area. When we finished, three exhausted people stood there and admired to no end, our pile of 96 fenceposts. Ninety-six! I only have a picture in my mind of the posts strewn across the slope as we counted them, but it is a scene I’ll not forget, and one of my proudest moments on the farm. Wow! We had actually harvested our fenceposts.

We decided we would use the homegrown posts close to the house because we thought them unique, and order posts for the bigger fields later if we wished. On subsequent visits to the farm, the men dug the postholes, and learned to use a fence stretcher to tighten the high tensile wire. Nancy and Erin also helped with the wire, and we soon had two small pastures ready for the animals. 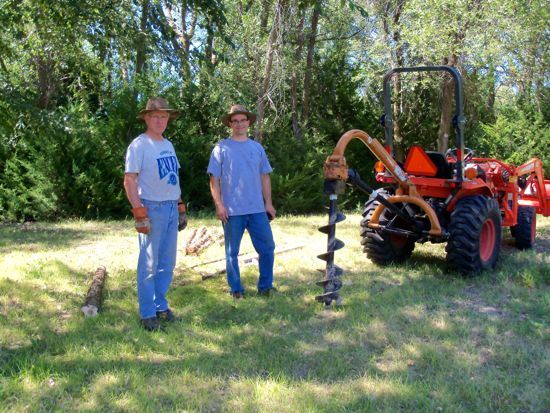 We were thankful for our newly acquired tractor and posthole digger. 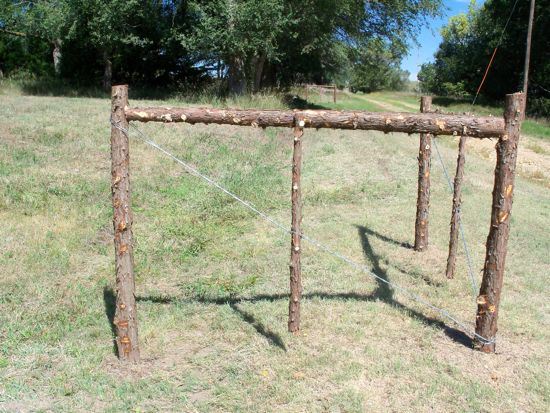 A corner H-brace. The men learned how to make H-braces by checking out the neighbor’s fence.

When a neighbor came to visit, he told us that the cedar posts should last as long as expensive treated posts. For us, it was an experiment, but we were sure happy to hear those words! 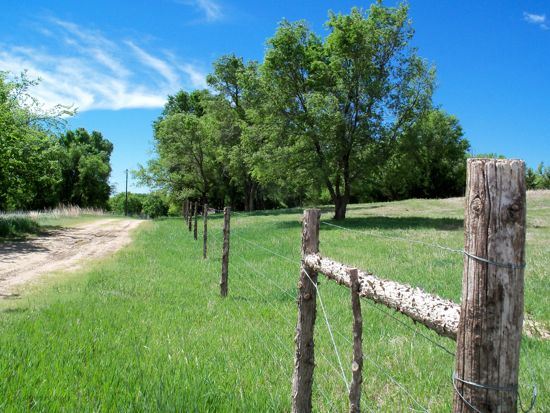 The fence changed the landscape. Animals would bring it to life.

How about you? Do you have a special farm or garden accomplishment?