How To Trick A Broody Hen

We’ve all had one. That hen that keeps trying to get broody all of the time and just won’t take no for an answer.

Our little black hen always tended to be that way. She was some sort of mixed breed, and I’m not sure if that had something to do with it, but she sure would go broody. And often!

Last spring she tried to take over our Muscovy hen’s nest. Those gals would go at it on a daily basis. The duck would sneak off to take a quick bathroom break or trip to the pond and in the chicken would go.

Sometimes they would squabble horribly, throwing nest eggs all over the coop and ripping out each others’ feathers. It was annoying to say the least. Other times I’d go into the coop to find the duck basically sitting on top of the chicken or vice versa.

We really wanted the Muscovy to be able to hatch a clutch so I knew something needed to be done with that hen. Putting her on a different nest was not working at all and for some reason she only wanted to sit on the duck eggs.

My husband, Jacob, suggested we go to the local farm store and pick up some chicks and place them under the broody chicken overnight. Hopefully in the morning she would think her eggs hatched and all would be good in the world.

I was nervous that she would end up killing them all, but seeing as we weren’t sure what else to do off to the farm store we went. The chicks there were already a week old, so that made me even more nervous. Wouldn’t this completely confuse them? They would have to accept her too, wouldn’t you think?

We picked out eight and took them home to hang out in a box in the mudroom until that night when we made the switch.

We have an extra coop that we usually use as a brooder. Once all of the chickens had put themselves to bed, Jacob went in and took the hen out of the large coop and placed her in a nesting box in the brooder coop. He then shoved all eight chicks underneath her and hoped for the best. He peeked in once a few hours later just to make sure there hadn’t been a catastrophe, and she was still in the box and all seemed to be going well.

The next morning I headed out to do chores and was very nervous as I walked towards that coop, afraid I would find a massacre. As I cracked open the door, much to my relief and amazement, there she was sitting on those chicks looking like one proud mamma. 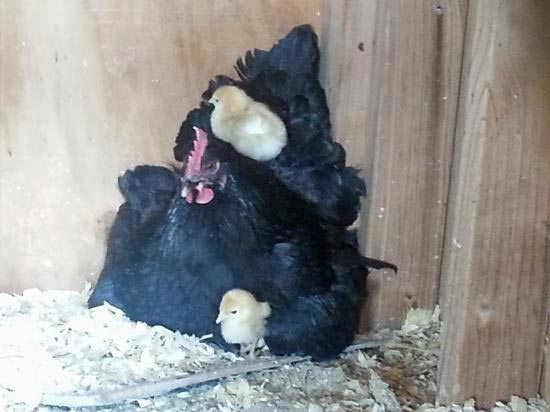 If I got too close, she puffed up her feathers and hollered at me, so I knew she had accepted them as her own and was very territorial. The chicks seemed to have accepted the fact that at 1 week old they now had a mother.

She did a fantastic job at raising those chicks and it was so fun watching her lead them around the barn yard as they got older, showing them the ways of the world.

I still can’t believe how well that trick worked, but will definitely keep it in mind if we ever come across the same issue. Raising chicks can be a bit of a chore, but if you have a broody hen to do all of the work then it can be quite handy!

Have you ever tried to trick a broody hen into thinking she hatched chicks? Did things ever go awry?

From the Brooder to the Pasture

Join Farmer Bryan and Lori as they introduce their turkeys to the world outside of the brooder! 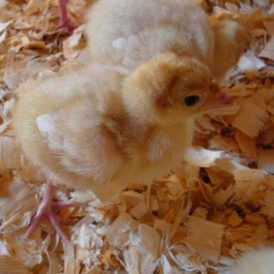 The masons worked hard to repair the crumbling and leaking barn walls at Wisconsin’s Farm on the Hill … could Farmer Bryan build the brooder room fast enough after they were done to have it ready for the turkey poults? 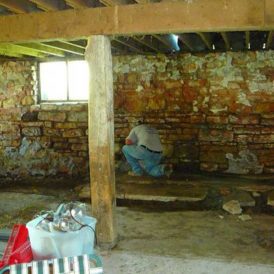