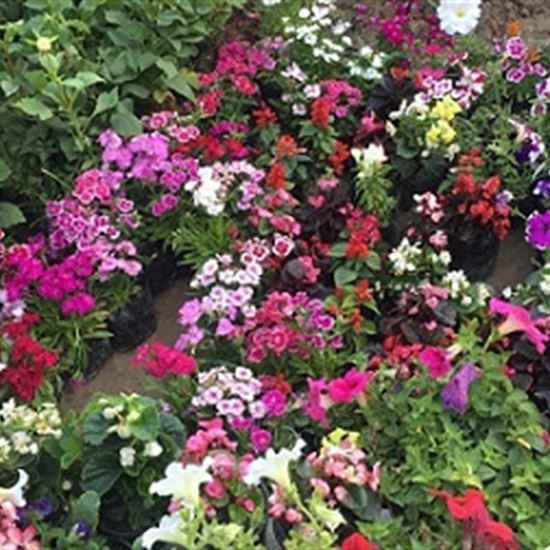 Bugs and diseases can be a recurring problem in our gardens, especially during Spring and Summer, when the weather best helps their proliferation.

An infested plant is a debilitated one and as much as we try to satisfy their requirements on soil, light and water, having a fertile foundation to grow on isn’t always enough to counteract the impact some insects can have on our homey patch.

My proposal is that first, you work with these ecological remedies and even use your own fingers to pinch those attackers, to see if any of these methods does the trick. However, sometimes, when the plague’s incidence is too high above the forgivable threshold, you might have to find other more effective phytopharmaceutical products that are able to solve such nuisances.

For now, let’s not focus on the worst possible scenario. So here are some great tactics that every resourceful grower can employ whenever they need to rescue their crops and flowers.

Detergents are a common component in homemade sprayable insecticides. Their amphiphilic properties allow for a more thorough fusion of every single ingredient used in the final concoction, especially when there’s oil in the mix because for this recipe, as for any of the following, water is always the substance in bigger proportion, by far.

Keep that in mind, since the amount of solubles themselves is not really worth measuring (or at least I do not) if only we have the good sense to gauge the composition of whatever mixture we’re creating.

In this solution, not only is the soap somewhat toxic but the oil will also clog the many respiratory cavities the insects have all over their bodies. Now, whether it’s the detergent’s toxicity or the smothering oil that kills them first, we can’t really tell, but their combination is way more effective than plain water.

This oil, extracted from the tree’s seeds, will do the same service of suffocating the critters as other commonplace oils. The bonus is that these seeds contain a small fraction of chemical constituents that disrupt the insects’ normal growth and moulting process, making it even more lethal. It is however not this harmful to mammals like ourselves, so you are free to handle it without any particular care.

Here too, let’s not forget to add a share of soap to the blend, otherwise, oil and water will be hating one another like always and we won’t be able to create this insecticide.

One thing to keep in mind is that oils and soaps might have some unexpected secondary effects on plants if you exaggerate on how much you’re adding. Thus, being consciously observant during the aftermath of every product application is fundamental, so much that if you happen to recognise drooping or any other hints of an ongoing discomfort caused by the remedy, then be sure to wash it out with running water — a sprinkler would do — because anyway, after several hours or a couple of days at most, the treatment will have fulfilled its purpose.

Between one and the other, which would you rather take a bite of?

A difficult choice, yet you have the free will to choose to walk away and bite none, a right that the poor bugs aren’t granted, hence the aggressiveness of this spray potion.

The sulphur-containing compounds present in both these veggies are very powerful when it comes to making even the toughest tear up a little, so macerate a handful of them and add water. Then filter the resultant solution and squeeze away at the spray bottle, being careful not to pump it against the wind or you’ll feel sorrier than the insects you were aiming to extinguish — oh and they’re so much tougher than us!

The only downside of using nettles is their seasonality, but at least from late Winter to the end of Spring, you’ll possibly find them right at your backyard or somewhere nearby on an abandoned patch of land. When plucking these weeds, be methodical and avoid touching the inferior page of its leaves to avoid the stings.

On breaking, the tiny needles expel acid that reacts with our skin, causing that well-known and fortunately temporary sensation of burn. This same formic acid is what will attack the plagues you intend to fight off, so the best practice to obtain the acidic extract is to mash the leaves together and leave them to ferment, submerged inside a bucket of water.

A couple of weeks later, retrieve the powerful green juice and dispose of the vegetable remains. Bottle it up and it’s ready to be applied.

Here’s another case of seasonal species, at least if we rely on those grown locally, but the good thing is that you don’t even need to use green and healthy tomato leaves for this spray. Collect older ones from the lower end of the plant and, following the same procedure indicated for the nettles, you’ll soon be using tomato plants to cure… tomato plants and every other vegetable crop or ornamental that is affected by aphids.

Using the power of some poisonous alkaloids present in the leaves of these plants belonging to the nightshade family (such as the potato, eggplant and chilli pepper), we can kill such parasites and prevent many viral diseases for which they are vectors.

Speaking of chilli, these spicy peppers own their place on this list as they repel not only insects but also larger invaders like rats, birds and even humans, if you don’t remember to wash your hands after patting your beloved plants or before cooking those fresh veggies that you happened to have sprinkled too.

Apart from that, you’re free to add the usual oil, water and a few cloves of garlic to give this insecticide a tad more punch. Then blend it, strain the amalgam to prevent your spray bottle from clogging and feel inspired to drop it like fiery rain.

In the event that a garden is suffering at the jowls of insects that prefer to bite rather than slurp, you could very well use a bit of baking soda. Once ingested, the creatures will puff up from their insides because of the formation of gases, and die.

In short, you should apply a mixture of sodium bicarbonate and something sweeter, white and also powdery, to make it irresistible for them. Take a guess! Sprinkle it close to the infested spots, even on top of the foliage if you need, for any sugary debris can always be rinsed out later on.

Seaweed is naturally salty unless you pick it at the riverside, and even so, it’s in their nature to always smell somewhat fishy. Traditionally, this weed has been used for fertilising, mulching and even to improve soil texture when incorporated.

It’s said to disguise the scent of ripe fruit as well as reduce the numbers of root pathogens like nematodes and fungi, all while offering a load of nutrients to your growing garden.

By making an infusion of these buccaneer plants, you can direct all those benefits to the aerial portion of your plants too, feeding them through their leaves when spraying this miraculous elixir. Maybe you even get to scare away some buggers along the way, which is ever so beneficial. Here you have it: two for the price of one.

If only you stir all the ingredients presented on this list, I would bet that you’ll create an extremely personalised time-bomb against most types of insects. Effective it’ll certainly be, let’s just hope that your plants remain unmutated and glossy as ever.

Although this one isn’t a pesticide, it can be used in a simple way that’s worth mentioning. You certainly know banana peels for their common value as a piece to go into the hearty compost we are able to produce at home. Now the funny twist is that this peel can also act as a repellent for aphids and tripes, owing to the volatile compounds released while it decomposes.

So in case you aren’t a banana eater yet, maybe it’s about time to start trusting more in this versatile fruit. After munching it down, simply create a little fort of skins around the garden plot that you want to protect, or bury them in the earth, so that it doesn’t hurt the passersby’s eyes.

In doing this right and making effective use of each of these techniques, you’ll see how quickly your entire plant collection will be looking “down” on you with pride of being watched over by such a smart and skillful gardener.