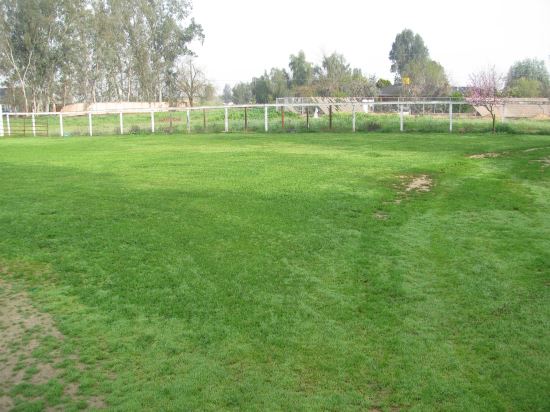 This is where our huge garden is going to go.

We finally did it. It took months — maybe even years when I think about it — to find our own place and now it’s happened. We bought a few acres of arable land, with plenty of water and a few outbuildings in need of repair. We’re thrilled and terrified at the same time. I think of my grandmother Frieda when she was a young woman starting out and she’s going to be my mentor. I wish I had been able to do it the way she did it and maybe the terror would be less. We always welcome the thrill but the terror… it’s a big job. Are we up to it at our advanced age? We know how to work smarter instead of harder so maybe that will help us.

Anyway, Gramma did not fall far from the fruit tree and stayed close to where she grew up. She had all her many sisters and brothers to help her, not to mention Mum and Dad. Well, I had to be different so I strayed far from home into a “foreign” land and now I’m paying the price. I’m also benefiting on other levels, so it’s not all one-sided. You know the old saying you get what you pay for? There’s another saying: Quality is remembered long after price is forgotten.

If I had stayed in Iowa I would have made it a lot easier on myself in many ways. But harder in other ways. For one thing, even though the weather is a lot more user friendly out here in California — most of the time — the subject of soil is a completely different kettle of fish. When I first came to California and encountered adobe soil I was shocked. Up to that time I had been spoiled by the incredible glacial soils of Iowa where all I had to do — practically — was put seeds in the ground and sit back and watch while they grew gangbusters. Ever since I’ve been in CA I’ve had a hard time of it — no pun intended. But I’ve had some success and it’s been a very interesting learning curve. Stuff does grow here, and well, I might add. After all, California is the truck farm capital of the US of A, isn’t it? You just have to know what you’re doing, and isn’t that really how it is in real world farming?

So we embark on our project. I lay awake at night and have a hard time getting to sleep. I’m making plans in my head. What about this? What about that? On the positive side I already have some posts written in my head. How to make your own almond milk. Almonds grow here like gangbusters. Raisin and table grapes are grown all around us. How about: how to make your own raisins the natural way and grapevine wreaths? Then there’s homestead projects like an easy rose trellis for the garden entrance.

This is the thrilling part. Sharing all our experiences with you, my wonderful readers. Gramma would be proud. I wish she was here to give me advice across the kitchen table over a cup of tea or coffee with some of her famous coffee cake. Well, maybe she is.

A personal essay about owning land. 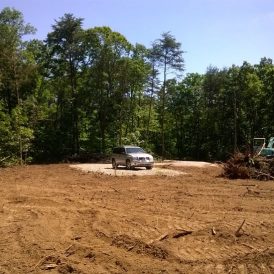 Finding Paradise Right Where You Left It

How we managed to travel across the country twice only to realize that we left something incredibly important behind.